Hi
Has anyone used this node to control anisotropy - specifically the UV option.

I have tried to use it - but when I select the UV option - the only map available in the dropdown is “UVMap” regardless of how many textures I have loaded. I don’t know what “UVMap” refers to.

that is the name of the UV map not the texture name !

you manually change the name I think !

if you choose UVMap, it will return the X vector of the UVMap you choose related to the each face. This way you can control the anisotropic direction using the UVMap editor, by rotating the faces to the direction you want.
Sometimes this is usefull, specially when you have animated objects, as the Tangent vector is in World space, and a bit difficult to texture. (not impossible, thought)

The Radial option will return the cross vector between the normal and the axis you choose.

I wonder if it would be possible at some point to force the anisotropic reflection in a certain direction based on a texture map - to mimic microscopic detail (i.e. carbon fibre - where the fibres lie parallel to the direction of the weave).

For details, you can use the rotation input of the anisotropy. It’s simpler to use.

The Tangent map is more to control the main direction for big areas, so that you don’t need to tweak too much the rotation map.

I wonder if it would be possible at some point to force the anisotropic reflection in a certain direction based on a texture map. 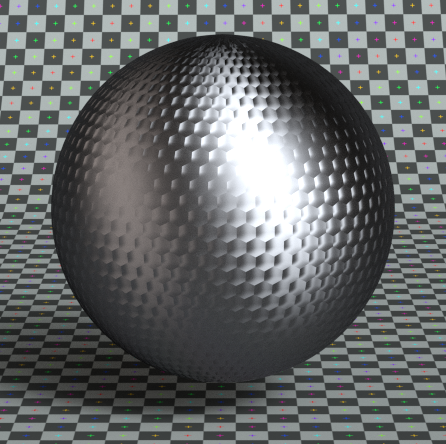 For details, you can use the rotation input of the anisotropy. It’s simpler to use.

Yep - I know about that - but on its own it doesn’t give the result i’m after. For example - on a plane - upping the rotation value seems to change the anisotropic reflection from linear to radial pattern (see renders). What i’m after is keeping the linear patern - but rotating it 90 degrees (so it goes from side to side, rather than top to bottom) 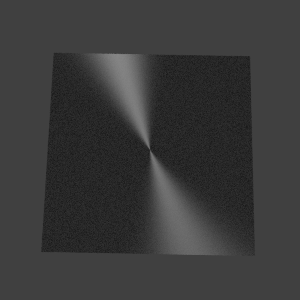 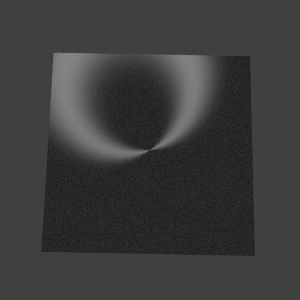 I guess the default mapping for anisotropic reflections is in a radial pattern from the centre.

To get the result i’m after - It looks like I have to use the tangent node in conjunction with changing the rotation. These renders show what the UV mapped tangent node looks like with different rotation values.

Applying a texture to the rotation node does get me close to the effect i’m after - although upon rotation - the anisotropic reflection doesn’t stay strictly parallel to the texture (I guess it’s close enough though).

@moony> the rotation input is exactly for a texture map. The usage of the UVmap in the Tangent Node is more for, when you have a complex object, where you need to change the tangent of your texture map in a way that you don’t have to change the texture map itself.
Just like in the ‘carbon fiber’ example, it will be probably a tiled texture (a checker texture with a (0,0,0) and (.25,.25,.25) as colors in the rotation input should give you the desired result).
And for some parts of you object you will need it to be a bit rotated… So, instead changing your texture, you can use the TangentNode(UVmap) to orient the texture on your surface.

The problem you showed in your examples is because your base Tangent is the Blender’s Default which is radial (around the Z axis of the object’s coordinate system), and not very suitable for a orthogonal mapping as in carbon fiber, at least for a face pointing to Z…
Try to unwrap the object, use that uvmap as the tangent (through the tangent node), and use the greyscale texture as your rotation.

@IkariShinji> actually you only need a grayscale map for rotation.

Yup, I know. But my other 3D application uses coloured maps - and since Blender can also work with those, I see no reason not to use them…