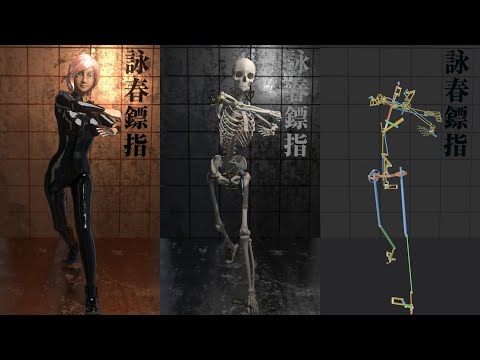 This biomechanical finite element analysis (BFEA) will contribute to increase the force of Kung Fu sisters and brothers.

Biu Jee “鏢指” is a set of attack-based Wing Chun which has always been regarded as a “secret” in the Chinese traditional martial arts. The most important thing about this skill is to learn how to make changes and make another attack after the attack fails.

Life is more likely to fail than success. So the skills for resuscitation “起死回生” are most upscale and confidential. It extends not only to skills but also to ideas.

“The name ‘Biu Jee’ came from the ‘Moon Pointing Finger’ of Zen Buddhism, Literally, it means, ‘look at the moon, and forget your finger’. Meaning you should focus on the next step, instead of defeat or victory.” - Master Lui Ming Fai Ip Man, also known as Yip Man, (Chinese: 葉問; 1 October 1893 – 2 December 1972) was a Chinese martial artist of Cantonese ancestry and a master of the martial art Wing Chun. He had several students who later became martial arts masters in their own right. His most famous student was Bruce Lee. Ip was born to Ip Oi-dor and Ng Shui as the third of four children. He grew up in a wealthy family in Foshan, Guangdong, and received traditional Chinese education, alongside his elder brother Ip Kai-ga... Lee Jun-fan (Chinese: 李振藩; November 27, 1940 – July 20, 1973), known professionally as Bruce Lee (Chinese: 李小龍), was a Hong Kong American actor, director, martial artist, martial arts instructor, and philosopher. He was the founder of Jeet Kune Do, a hybrid martial arts philosophy drawing from different combat disciplines that is often credited with paving the way for modern mixed martial arts (MMA). Lee is considered by commentators, critics, media, and other martial artists to be th The son...