Hello,
here is the model of the Tatra T87 car (old Czech beauty 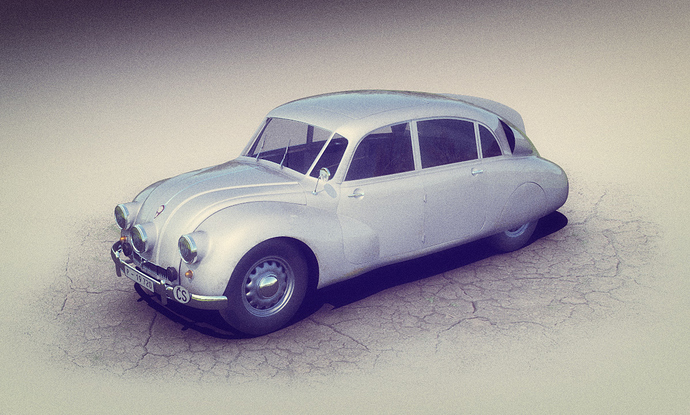 hey man well done I like old tatra cars just Im not sure about that 601 model most likely that is Tatra_T87 two guys went around the world with that car in 1947-50 .your render looks like one of their photos well done

To doris: thank you