here’s a project that i made for my reel. It’s based on the game starcraft, i’m a pretty big fan of that game (this is actually my third starcraft project, and my second… “bull with a gun”-project 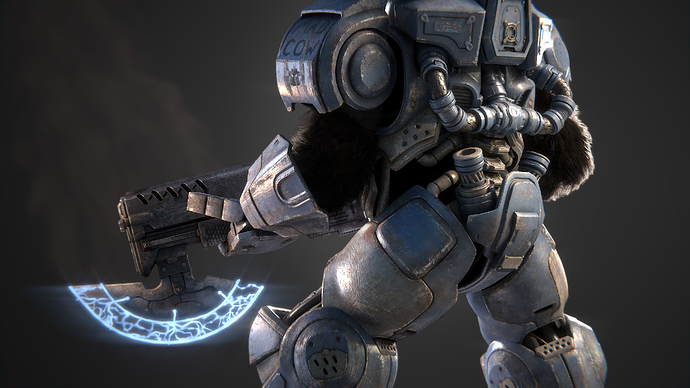 This character is kind of a inside joke/Easter egg in the game. The concept painting that I used as my main reference was originally released as a april fools joke. You can read more about it at this link: 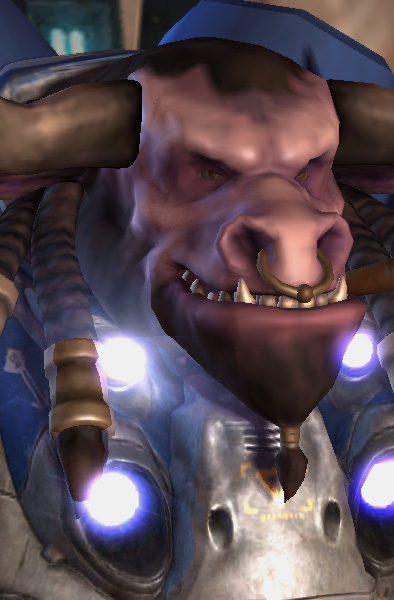 "For the Hor... Wait, I mean, go, go, go!" - Tauren marine(src) The tauren marine was an April Fool's joke pulled off by Blizzard Entertainment, and a common easter egg in the StarCraft II games. It was portrayed as a terran unit in StarCraft II....

Here’s the WIP thread:
http://www.blenderartists.org/forum/showthread.php?279080-Tauren-Marine
i want to thank everyone who followed the WIP and commented. You guys made the project a lot more fun 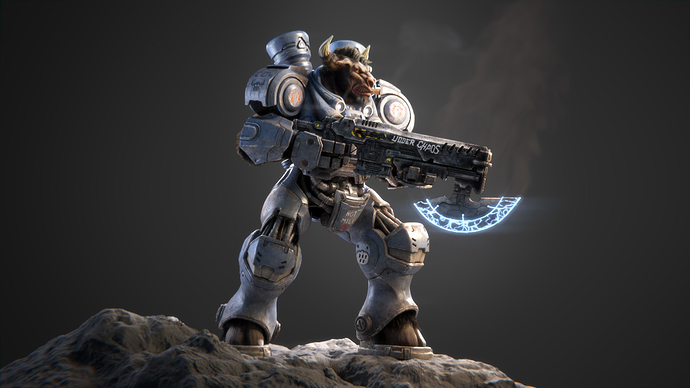 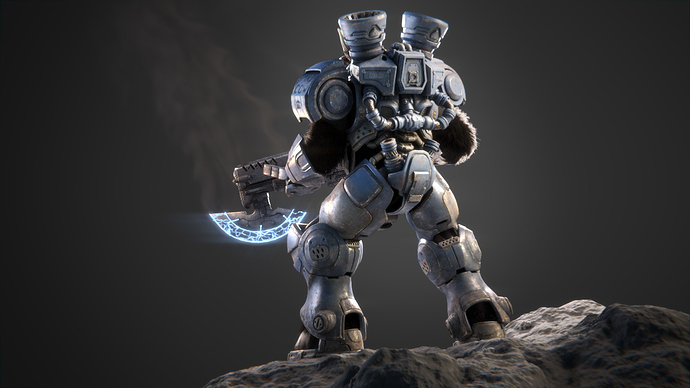 and a couple of shaded versions 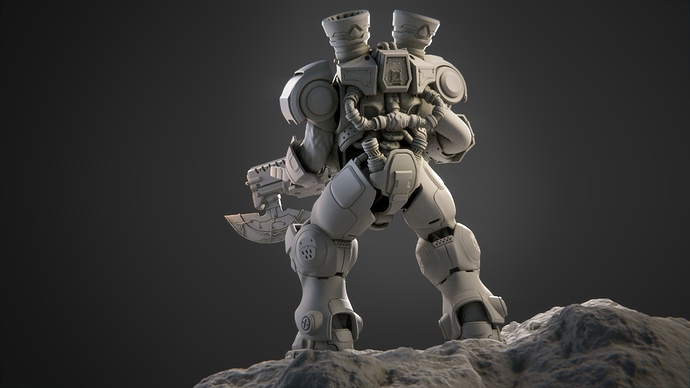 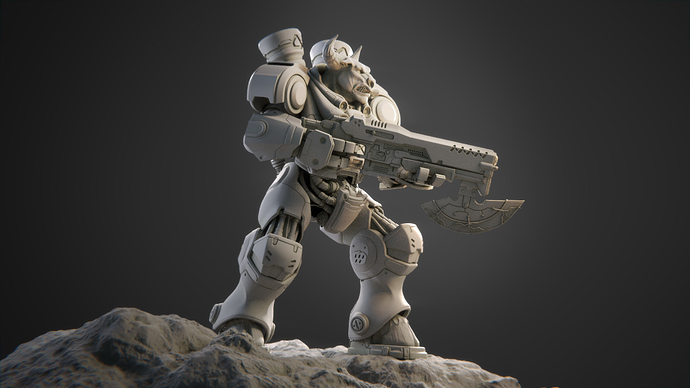 update:
here’s a link to a video that demonstrates how i modeled the head (18 minutes long)

that video is quite old so it’s not necessarily representative of how i would do it today. But i hope some of you find it useful.

What a cool character!

hi reC. I made a quick screenshot so you can look at all the settings

why did you use brute force rendring? Doesn’t that defeat the purpose of Vray?

Wow… exceptional modeling, sculpting and texturing… really impressed with the detail in this one.

thanks for all the compliments guys

@ larmannjan - brute force is actually really good for exteriors and it gave me very resonable rendertimes (especially compared to Cycles w/CPU). And it also made rendering the turntables much easier compared to doing the whole IR workflow with precalculating GI and so on

Awesome work, I have yet to play starcraft I have the game just have no time to sit down and play it. But I play Warcraft and I love these guys brutal melee tanks to see them as marines is so funny.

5 stars from me! Be sure to post this on other CG forums (cgtalk/polycount/cghub) so we can get Blender some good exposure!

Wow! Incredible! Great to see it finally finished. One of the best character shots I’ve seen here in a long time.
Btw, I left a link on r/starcraft: http://www.reddit.com/r/starcraft/comments/1dmnjv/tauren_marine_not_my_work/

marcotronic]Love the blend of hard surface modeling with organic stuff!

i like that stuff too. thanks, glad you liked it

great. i didn’t think of that, thanks.

Be sure to post this on other CG forums (cgtalk/polycount/cghub) so we can get Blender some good exposure!

i’ll try to post on cgtalk and maybe 3dtotal. it’s already on cghub. i’m usually not that good at posting my stuff on other sites, i’m a bit shy so i don’t like to stick my head out too much (stupid reason, i know)