Hi everyone…this is my latest work for our client http://www.zepetto.com…this is for one of their games…everything was done in Blender and Gimp including the render…hope you like it :eyebrowlift: 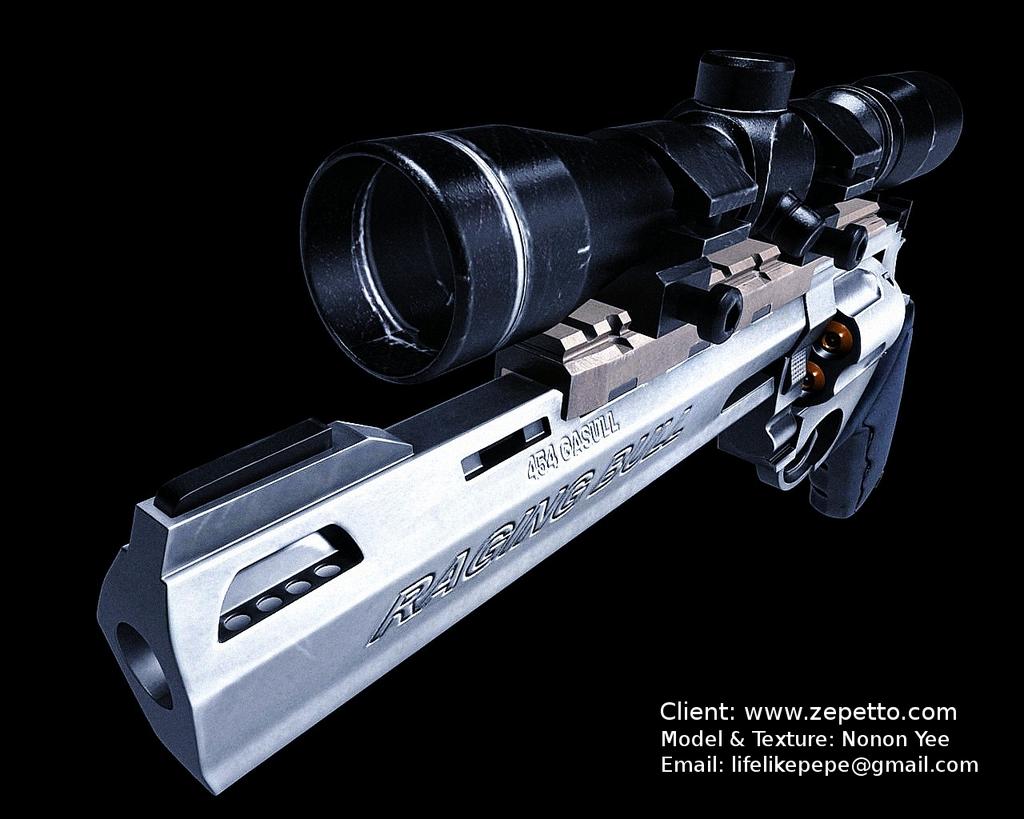 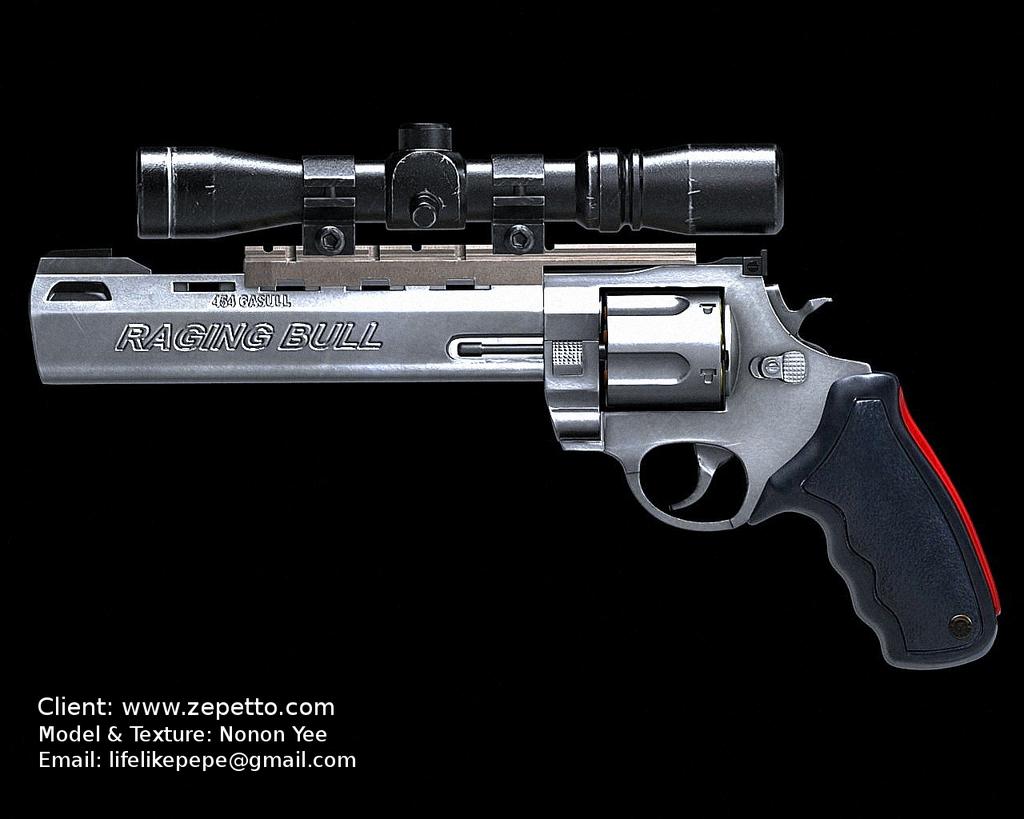 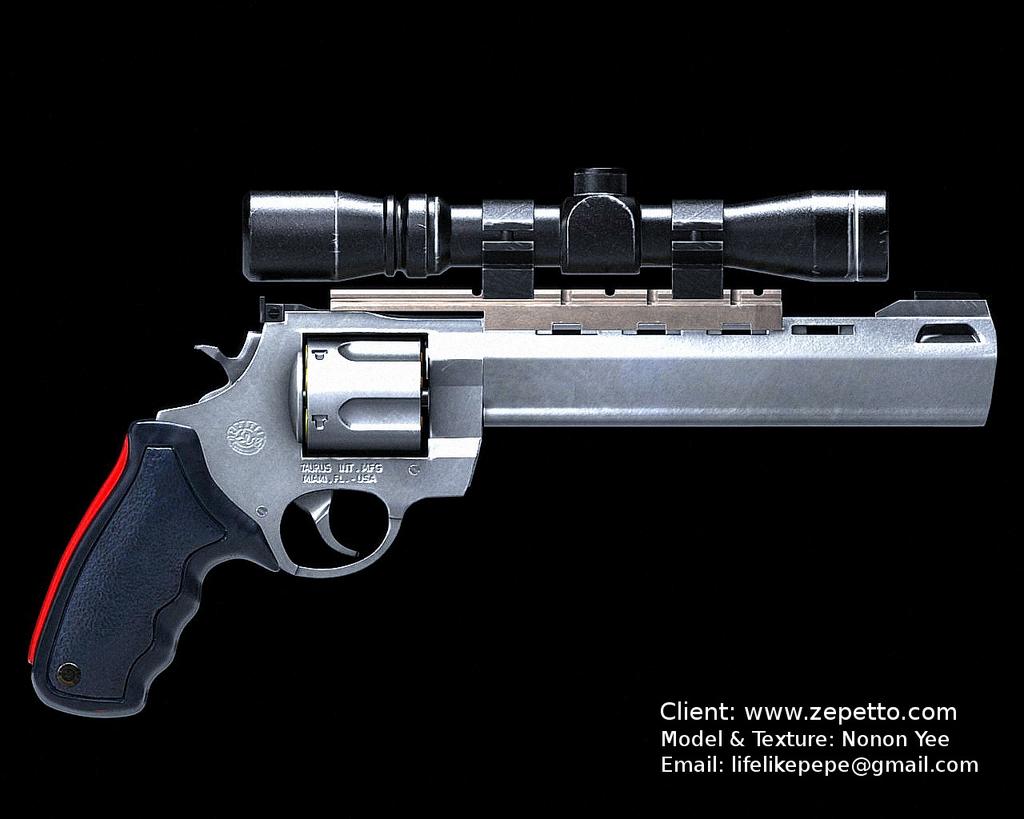 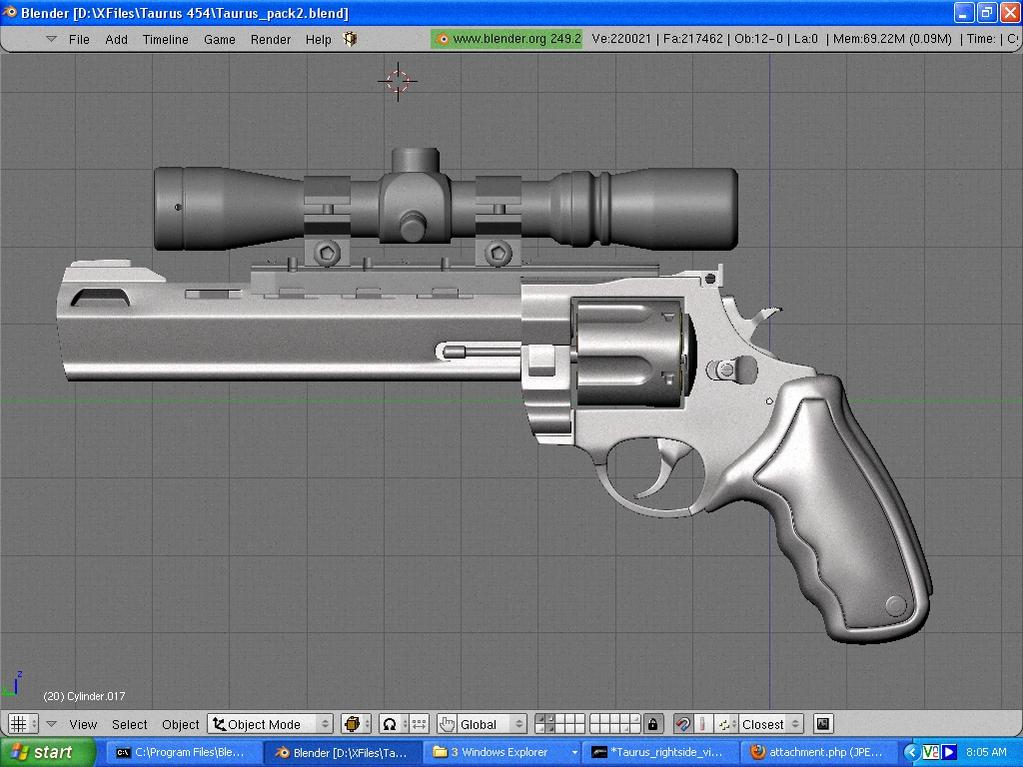 I think this is absolutely excellent. Your textures look very realistic. Is it subsurfed?

Looks good, would be nice to see a wire. What is the triangle count?

A telescopic sight on a pistol. Hmm…

The handle looks slightly small, dude could you imagine trying to hold steady a gun with such a small hold and such a large punch?

@Keith M: thanks for the critique but i’m quite happy with the proportions for now 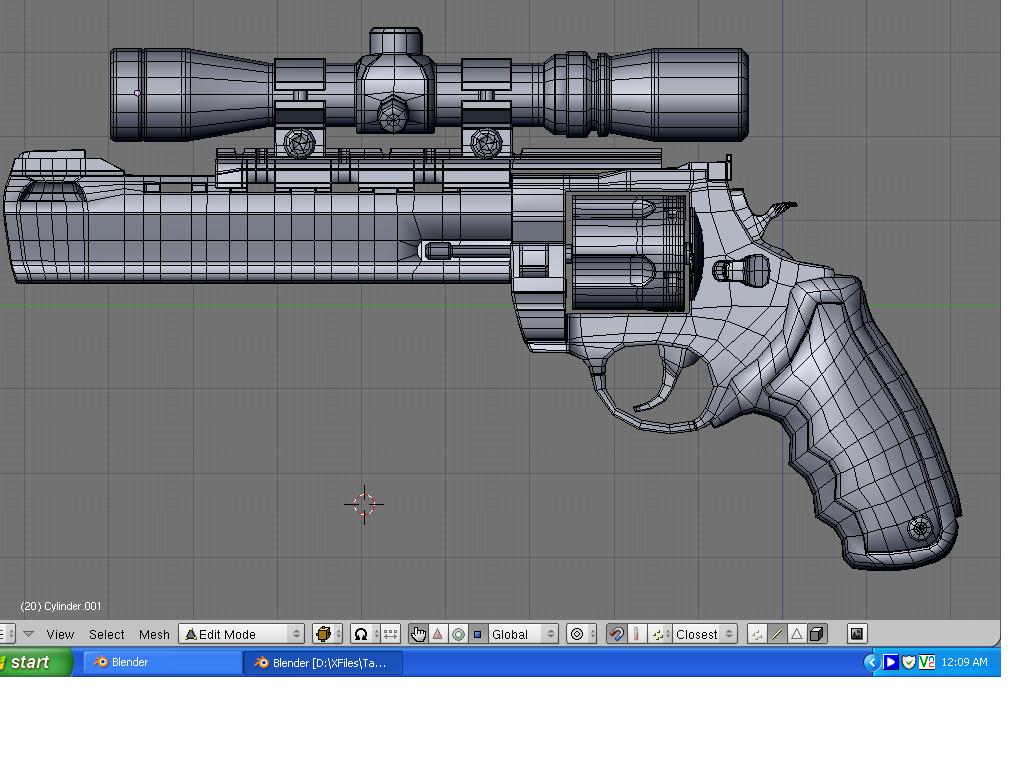 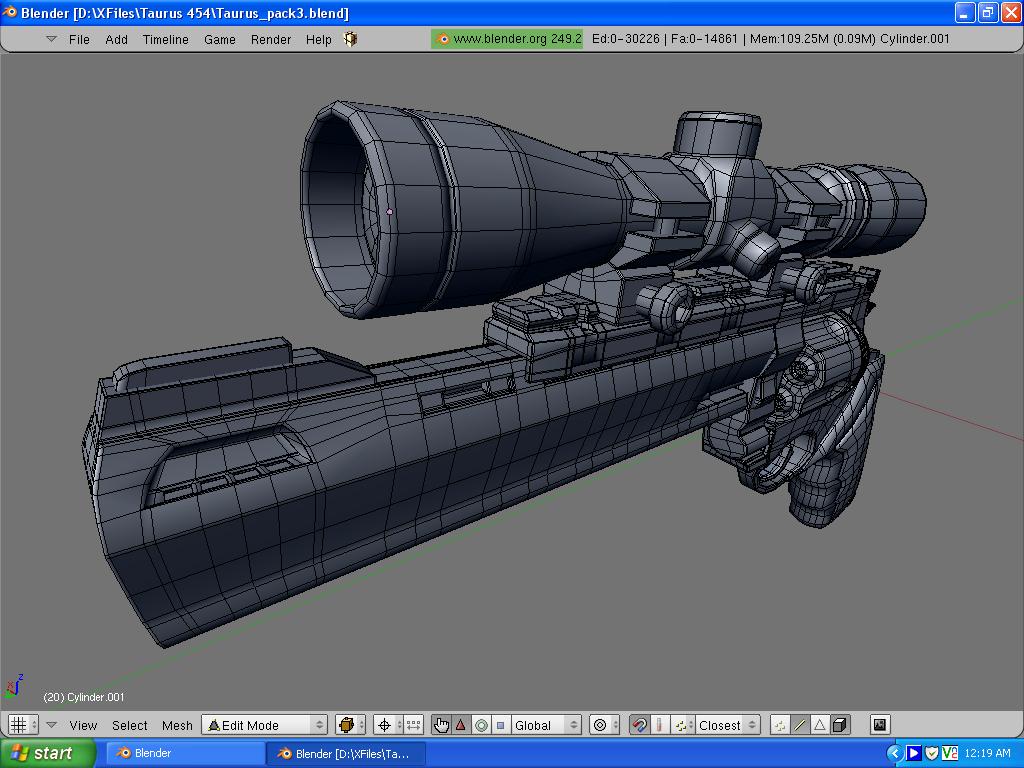 I’d hate to feel the kick from it. Good work, but I’d have to agree with sundialsvc4 about the handle.

I’d say the handle is pretty much the size of that of the real version of this weapon. Revolvers in general have very small handles

That kinda depends on the style. The old west style tends to have a bigger handle.

Thanks for the comments guys…i really appreciate it

What’s really comic (in a sick way) is that, yes it’s very real, but the model is also dead on a real world gun.

I did a search for this gun to check the handle proportions because, as previously noted, the handle looks awfully small. After finding pics of the actual Taurus (a Brazilian gun mfr. BTW) “Raging Bull”, it is exactly as he shows it (Nice job, man!). The handle only looks small because the gun is so damn BIG!! (8.75" barrel!) This thing makes a .357Mag look like a pea shooter (Seriously, this thing spits out a .454 Casull round at almost 1900fps… compare that to the muzzle velocity of a .357… ~800fps :eek: … the bullets are so big it only holds 5 rounds).

I didn’t see any pics of it with a scope, but since it’s primary use is as a back-up weapon for big game hunters, it’s hardly inappropriate.

I even found one review of the actual gun that said it was near useless for personal protection as the the round doesn’t have much knockdown power on humans… the shot is guaranteed to be a “thru 'n thru” with the bullet imparting very little of its energy to something as puny as a human. This thing is for shooting Kodiak bear, Cate buffalo and such.

Nonon…
I would really like to see this model in “exploded” view… to see what are separate objects, and what is contiguous mesh… to get an idea of how you approach a detailed weap model like this.