So I found this tutorial-series on youtube on the subject of modelling Tim Burton style characters.
After watching it, I took what I had learned and set out to make my own character. The tutorial was using BI, but I wanted to make mine in in cycles, and so I did. What I ended up using from the tutorial was just the style aspects of the character and how to make hair, something I had never done before. And wow, that was easier than I had thought.

So if we get to the biscuits, this is my result. 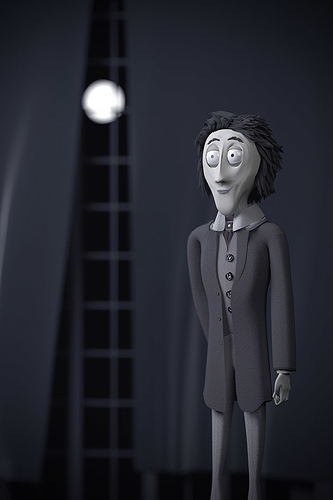 looks good. a nice interpretation of the tutorial