Hey there I need work on my lighting and my composition, so I’m starting a new project just for that.

Well here it is.

I’m of course going for a glossy tea cup look.

And an overall nice lighting to it. 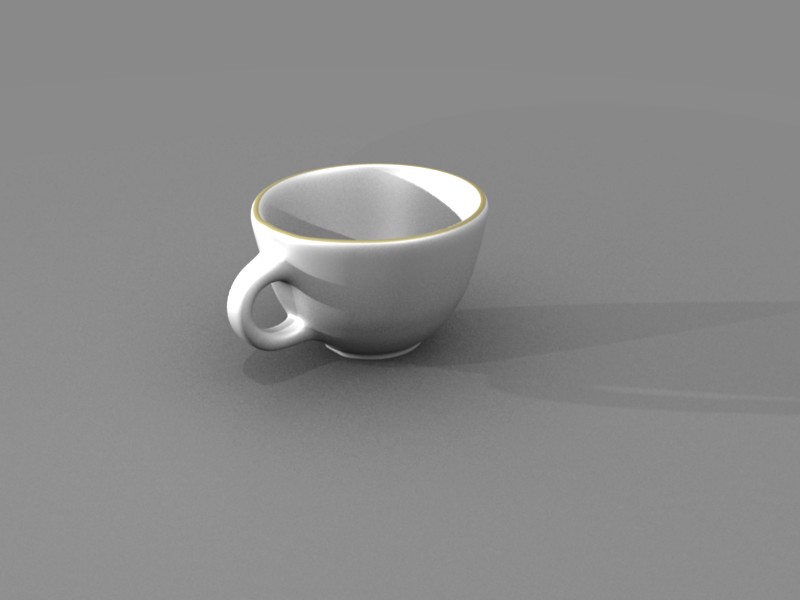 that’s really nice. the only thing you could think about is adding color. but that’s not even required

Very nice job. If your going for the gold painted rim, you might want to brighten up the gold a little. I rly like your lighting btw 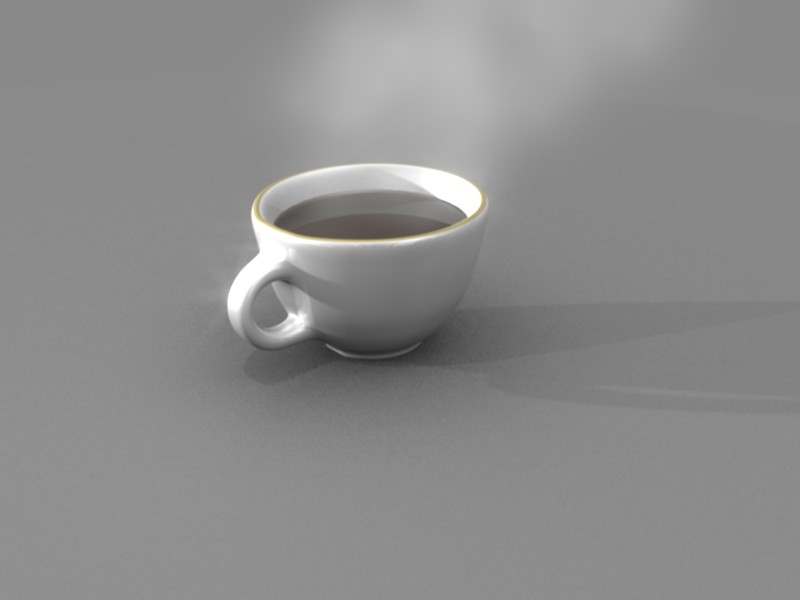 coolies loooks like theres actual tea in it now
its awesome
ambient occlusion ?

you seem to have some overexpossure, might help if we had a screen shot of your lighting setup, hmm add some phoam to the tea if you can and maybe put the whole on tile or marble, but it’s just a lighting exercise so yah good work

Yeah I have ambient occlusion, maybe I should put a little more?

This is all blender Internal

And here’s the light setup 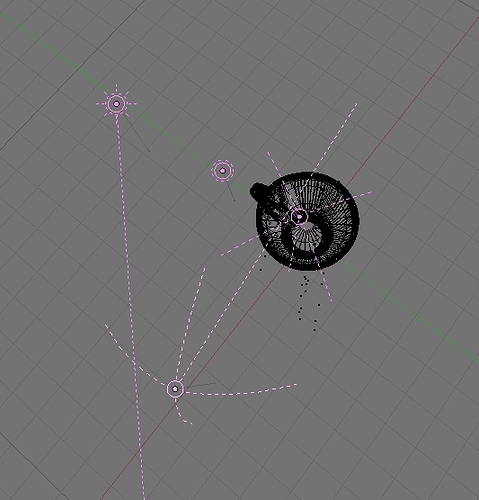 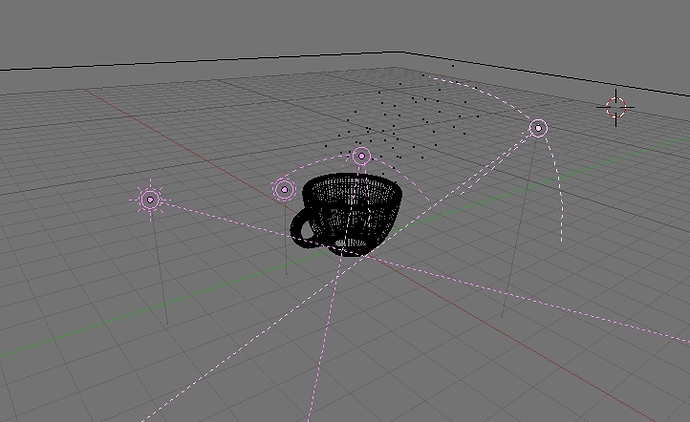 Really nice model, and I just had a cup of tea, myself (although in a mug, not a bone china cup :P).

But I’d tint the lighting and shadows a bit, unless you’re going for a totally greyscale monotone composition, making the shadows a little blue and the lighting a little yellow (or even vice versa, although yellow is a ‘warmer’ colour) would really bring up the tone of it, I think. (although only the slightest bit, just enough to be noticeable, not enough to make it look like you’re using coloured lighting)

The steam and water reflection effects are marvelous!

In my opinion the steam looks more like smoke, I will work on that and see if I can make it look a little more separated like steam is.

Thanks for the critique guys, will update soon 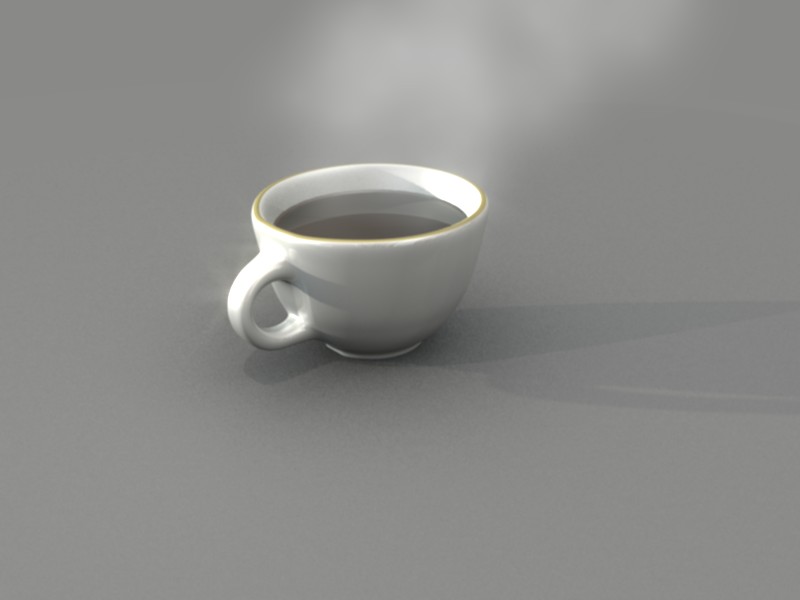 It still seems overexposed around the handle though

Heey, thats nice! I agree with you on the steam. It looks more like steam that would come from a boiling pot of broth than from a fresh cup of tea. Great stuff though! When you’re satisfied with your lighting/composition, it’d be nice to see a small scene made up with this. Even if its just a table