it looks like a toy…but still
Better than my old iron man eh? 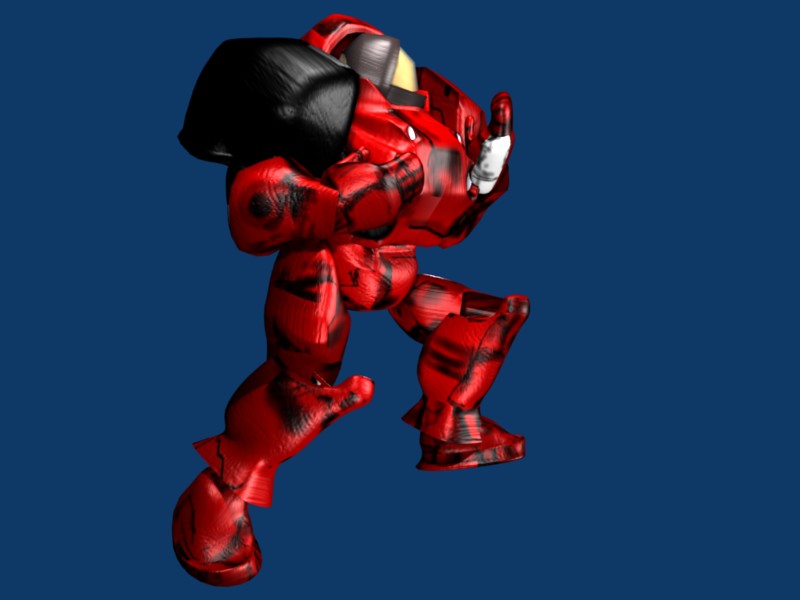 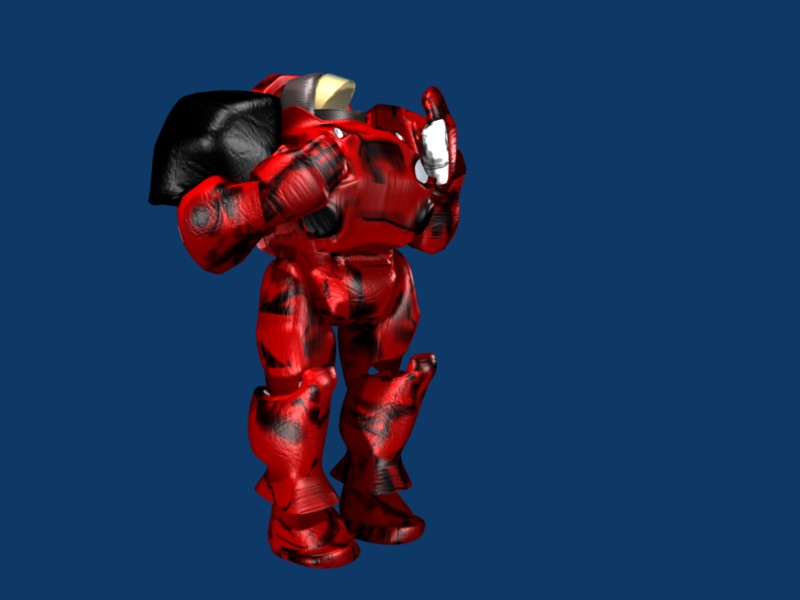 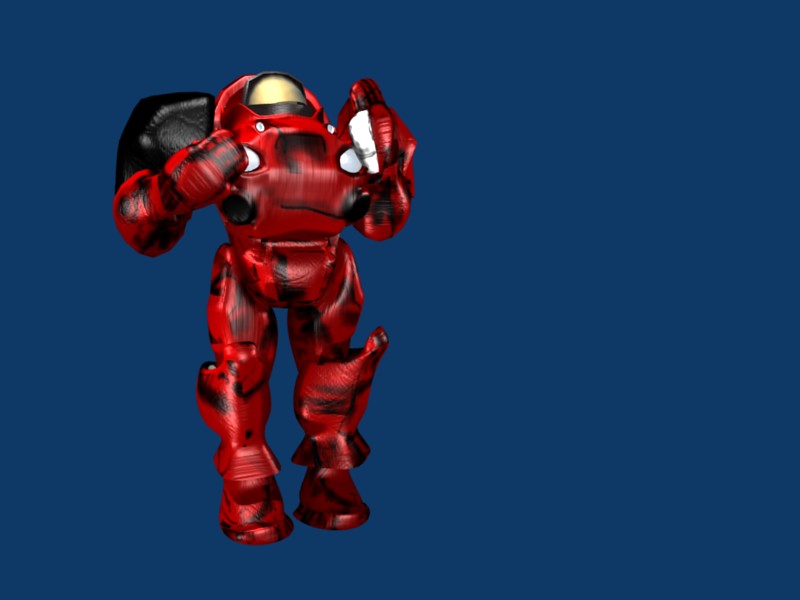 not bad, though it’s pretty much low poly. Would be good for game engine I guess

Some wireframes would help aswell

wireframes!! btw its for an animation. 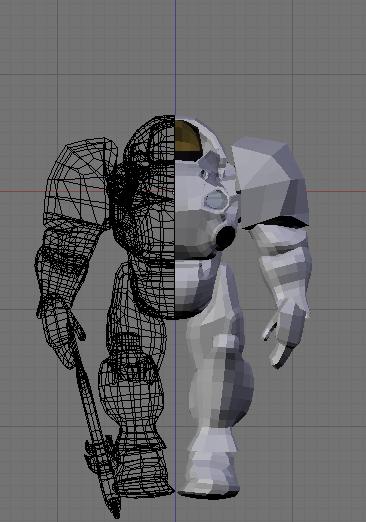 The mesh looks good, you are really being let down by the material and texturing though which is a shame because you have done a good job on the mesh.

You can try to make it very detailed and then just bake the UVs or just draw all those cables on a texture… otherwise pretty good job so far!
Are you using the SC1 or the SC2 marine for reference? I guess it’s the SC2 one but that’s just me

Anyways, could you post a multi-angle look at the rifle?

I really like it, although I’m not really objective when it comes to Starcraft stuff

I think you’ve gotten some really good proportions going making it look like someone in a big power armor. Like Sammo54 I think the texturing and rendering does it injustice.

The model is great for an animation, but again, as aforementioned…

This work just rocks. I can’t pick anything for you to improve on.

hehe thanks for the advices and comments…i’ve been trying to learn about normal mapping in the past few days. still coming up with a result. updating soon! 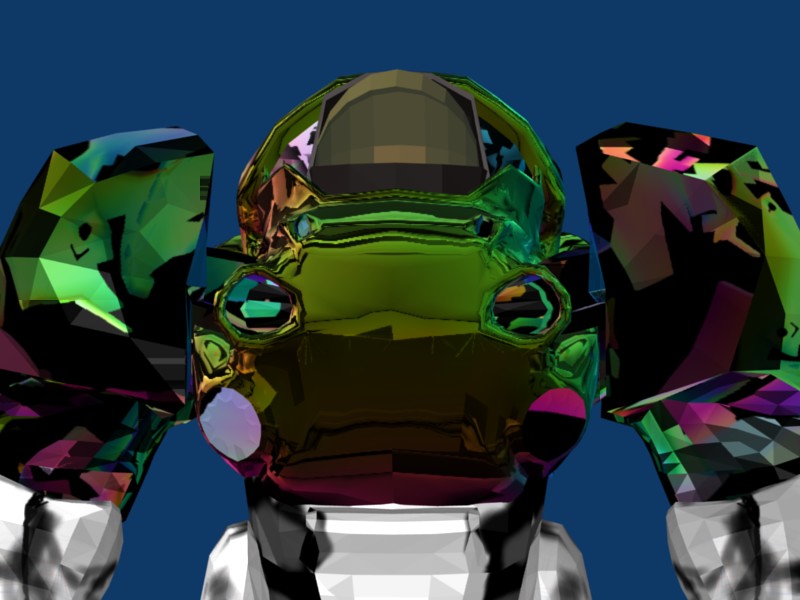 Oh my…
Ok just take a look at the Starcraft II trailer that was shown at Blizzard WWI 2007(Korea). Check out the marine, fix the reflection/shading/whatever levels, stuff like that.
Also check out the blender wiki (wiki dot blender dot org (sorry for this format but because of the anti-bot weap I won’t post direct links)) for Normal map baking. Another thing - try to UV-unwrap the mesh(check out UV-mapping) and then just draw a bump map(it’s kinda easier) and transform it into a normal map using some of the Bump-to-Normal techniques(you can find alot of those on the i-net I guess).
Again, good work on the mesh, but you need to improve the materials

heres the gun…I experimented with the bump mapping and this is what came out. 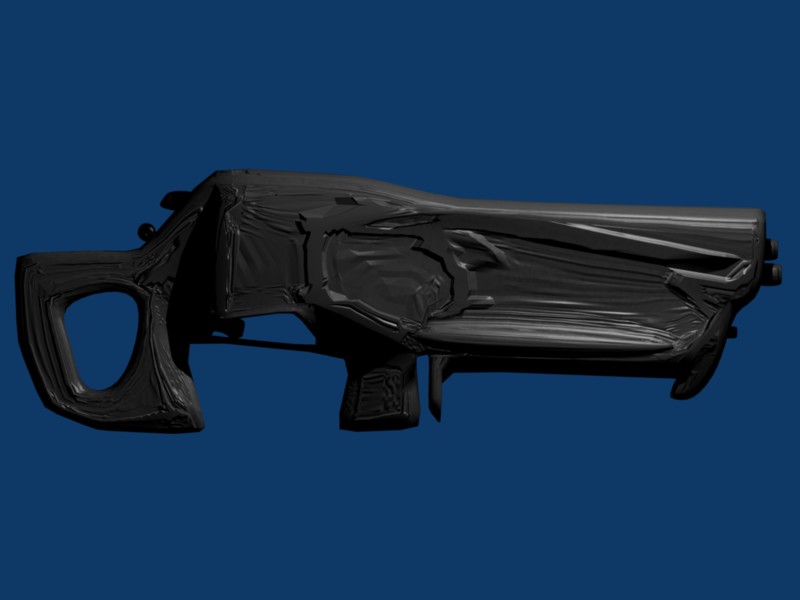 I guess you haven’t UV-unwrapped it yet

Check this out: (note: can’t post a link to the site due to that anti-bot thing, check the credits at the bottom right corner of the pic )

That was made after the SC2 gauss rifle and it should give you a nice idea about the details on it(I guess Jan did a hell of a job making it look like the one from the trailer… GJ to him as a sidenote). Try bump/normal-mapping your rifle while having this one as a reference

I will use that… but for now i show you the marine. With some normal mapping!!!
somethings wrong…i know. i cant get that black stuff off him…how? 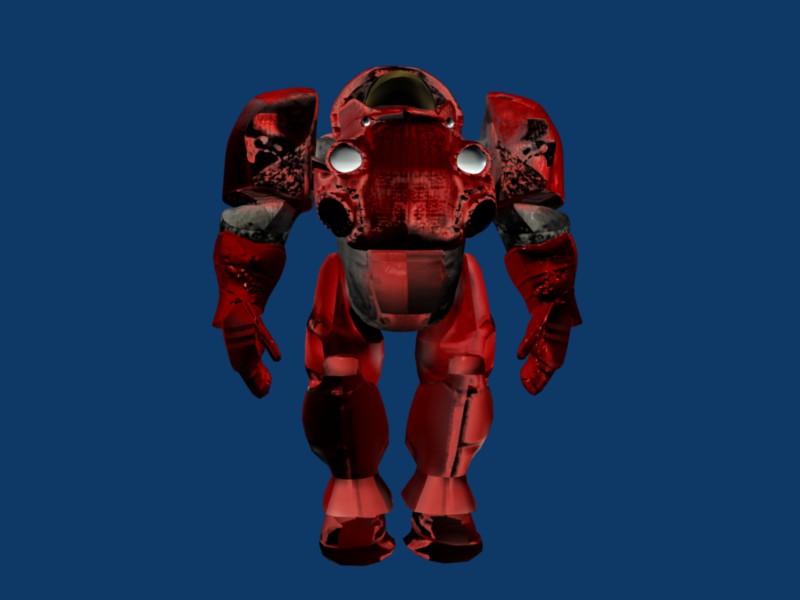 It seams like you have a problem with the normals. Go through all of your meshes in edit mode, select all vertices and the hit CTRL + N to flip the normals, that might help you

Also, if you’ve got problem with the flipping(dunno the exact term for it, it’s caused when an edge is a part of more than two faces) set all those faces to “solid” and make another render just to show us the real normal-mapped marine while you try to fix that problem… if it exists

What’s normal anyway? Is it supposed to look this way?

I have flipped every mesh, solidificated all objects, but to no avail…
what do I do? 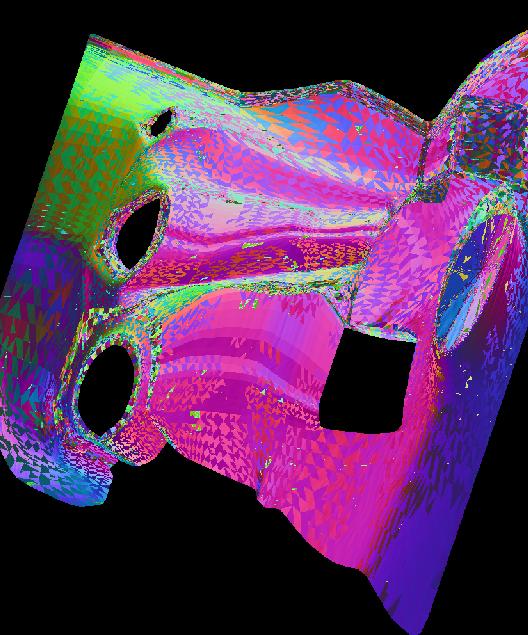 This pops up when i try to render the marine…Why?
I just added armature then it fails… 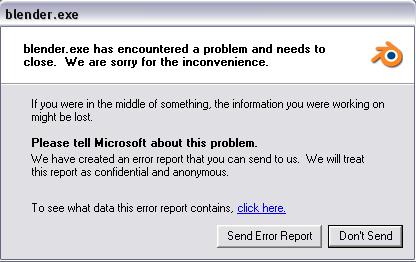 I dont know what went wrong but i managed to fix it. I exported the meshes,imported them to a new one and reload all the normal maps then it worked!!

now…how do i do them shiny visors and stuff? 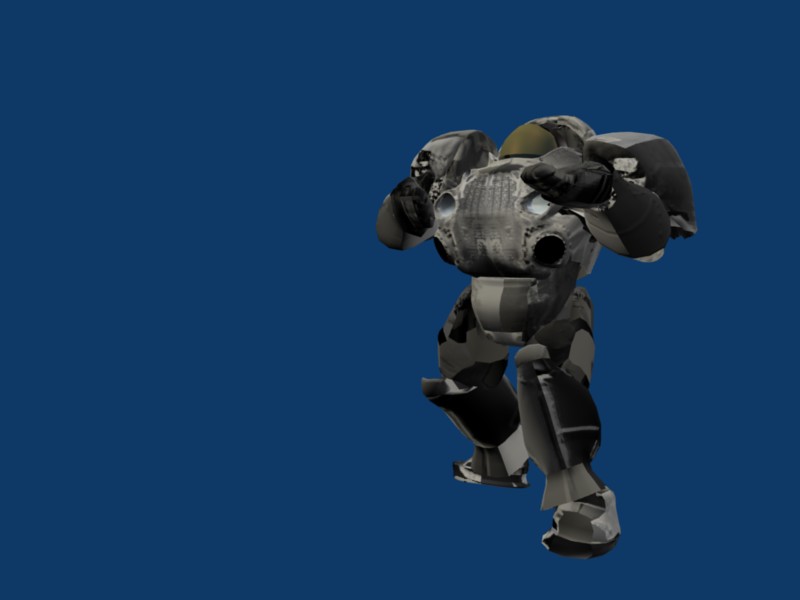 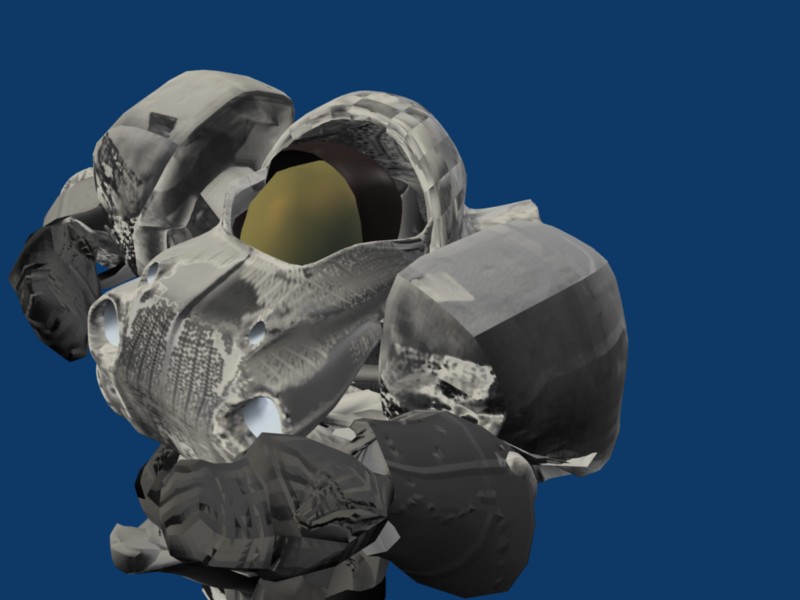 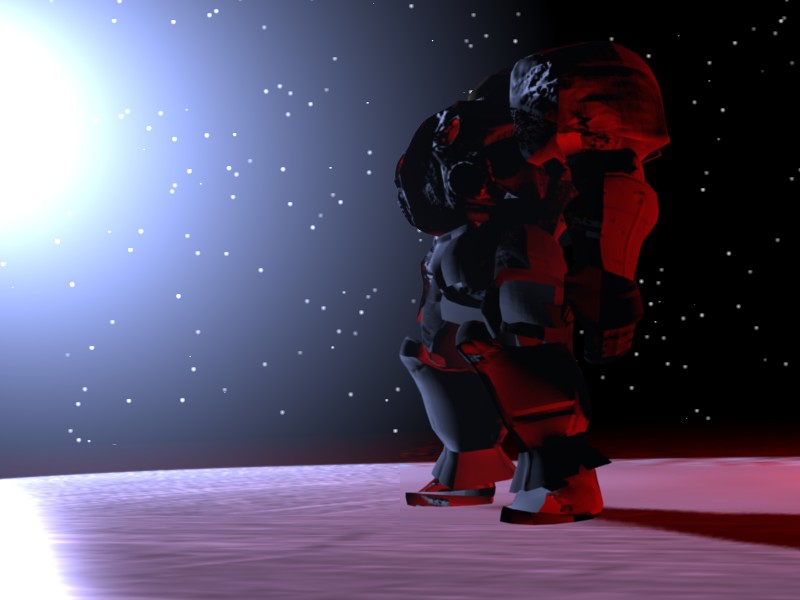 Check the article at Wikipedia about normal mapping. You don’t need normal maps in order to have a good model, I guess. Try using procedural noise textures as bump-maps just to achieve a worn-out feel. Otherwise, I guess the only exposed hi-tech parts of the marine armour are between the chestpiece and the leg-pieces(those pipe-thingies, check out the trailer again).
About the “shinyness” factor - mess around with the shaders. Try adding a high specularity setting, mess with the hardness, raise the reflection, stuff like that. It’s entirely up to your taste

EDIT: Check out the front plate… to me it seems like there are some proportion problems with it. Good luck 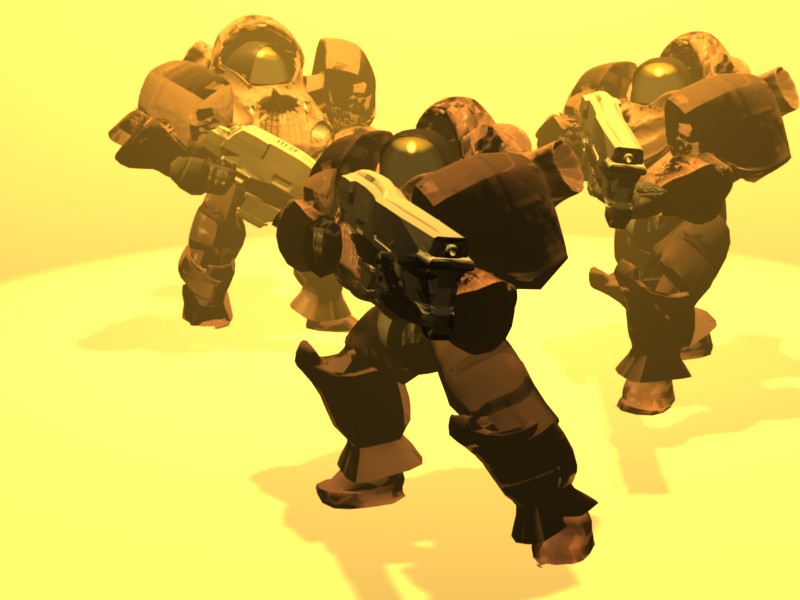