Luxrender is the one with the lens flares and bloom.

I tried to get everything the same, but its not a totally accurate fair test, both were ran for approx the same amount of time… Both on Bidirectional pathtracer. Both have the same materials, with luxrender using glass2 for the liquid and all of the glass and liquid materials having the same internal and external volumes.

For some reason Mitsuba is glitching and not behaving like displaying a black wall instead of green, or absolutely refusing to display a texture map, yet the texture map showing up in the reflections on the glass… Or the reflection of a mesh light that is not lit up when its supposed to be. Im guessing its because its so early in development and just a test version so glitches are expected.

Mitsuba is faster imo, quite a bit, but it does lack GPU support… Its also more conservative on RAM.

Next up is the same test but with the photon mapper, again trying to get the render settings as close as possible. 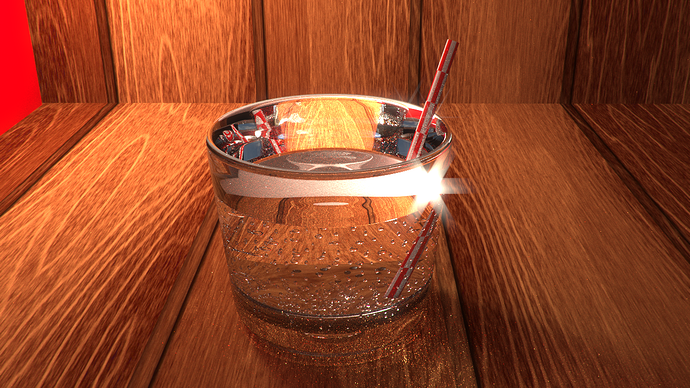 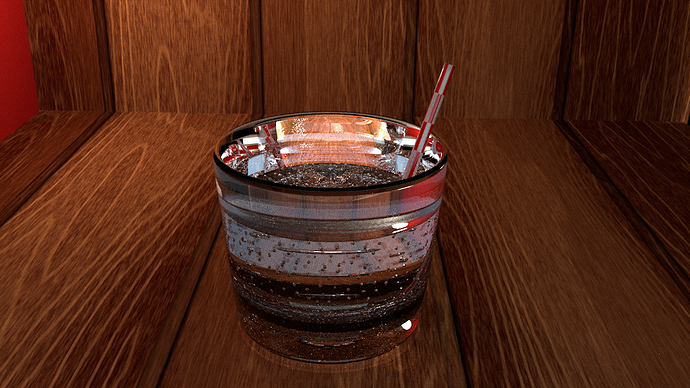 Luxrender correctly illuminates the sphere emitter. Mitsuba for some reason does not.
Luxrender has strange blotches where the two planes meet at the back, mitsuba does not.
As for the glass, for some reason mitsuba seems to be rendering it more properly, especially the water surface.

I might double check both glass meshes are exactly the same i might have changed something come to think of it. 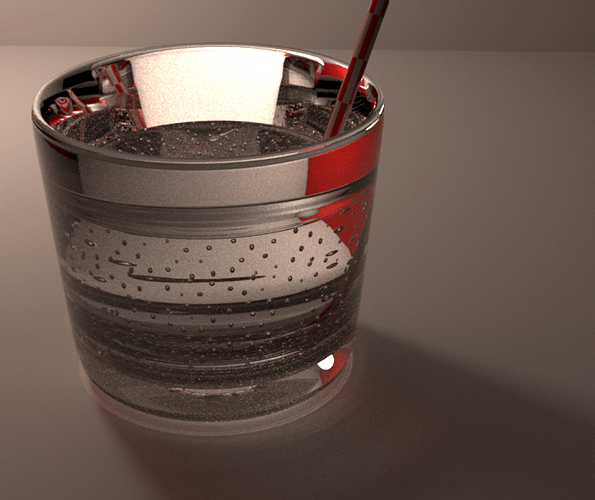 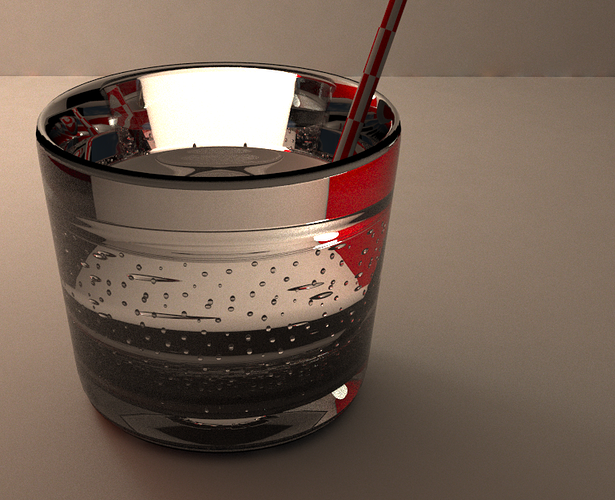 Good tests Sono2000, but the problem of luxrender is always fireflies…
Need a Super special filter…