Awesome to see a tool like this being made, super useful for environment work with tiling textures but it is a bit weird that its in px/cm, thats tiny and likely gonna be some weird decimal, maybe an option for px/m or whatever unit type you want.

Would it be possible to set pixels/m directly for a given res.
At the moment say I want to set something to 64px/m its a pain having to figure out the number to put into density when the computer could do that part, px/m is the only thing relevant as a user I want to think about and directly control.

Also being able to type an arbitrary resolution for whatever reason would be nice instead of being locked to the presets that only go as low as 512.

Nice start though thanks for making it, Im sure I’ll be using it a lot in the future if that gets sorted out, huge need for a tool like this.

Hi, nice script. I am having this issue. Any idea what might be the problem? 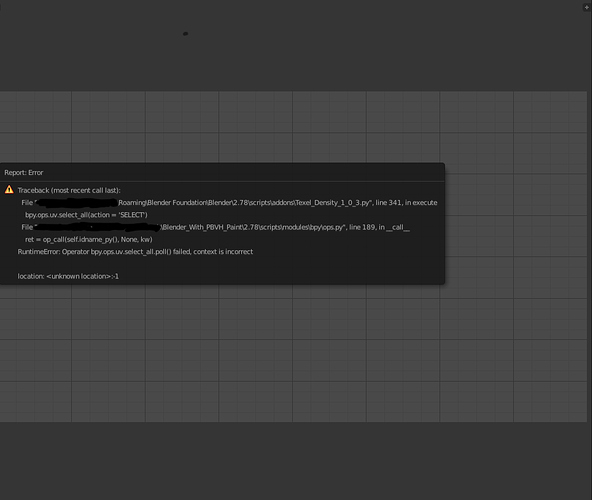 The script seems to work sometimes but it appears it might have a problem with sketch up files? I used a sketch up plugin to import the file into Blender. I am wondering if that might be the cause.

EDIT: Found solution. Export the Sketch up file scene as .fbx file after importing with the sketchup addon. Reimport the fbx file into a fresh new scene, try the Texel density addon and it will work fine.

Cant find the plugin after installation. No error or something. py File is in userfiles in “Blender\2.78\scripts\addons\Texel_Density_1_0_3”

What can i do?

Tried it already, its not popping up in the plugins list. Im on newest 2.78c

I got it, i copied the .py directly in the addon folder

hi guys, can you help me with this? 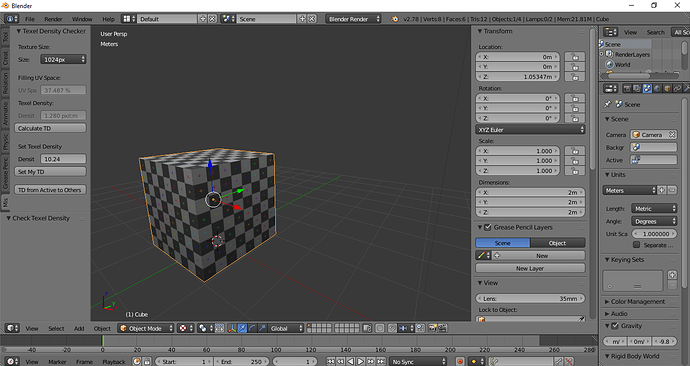 ill thank you a lot if you can explain me why

Added some improvements to the plugin for personal use a while ago and decided to share.

Thanks for your sharing !

Thanks for good work

Hi. Does this work with the new 2.79 Blender release? Or is there another add-on like this one for the new version of Blender? I tried to install this with “Install from file” but nothing happens. The add-on doesn’t appear in the add-on list.
Thanks 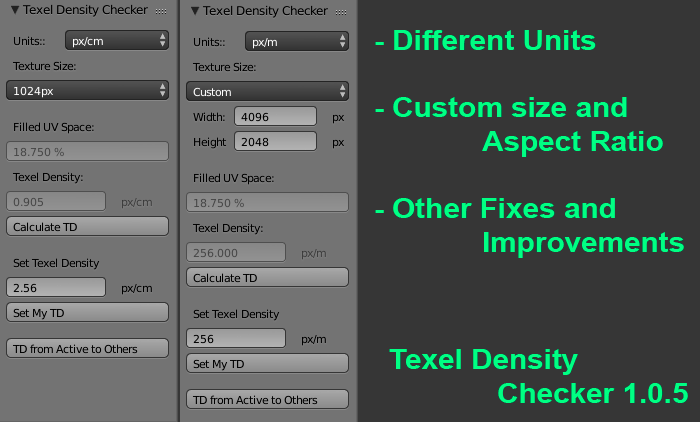 I’ve barely DL 1.05 and you uploaded another version

Thanks for your work