I’m trying to render on paper size letter or A4
and the scene contains some objects and also text font.

even with font set at maximum resol
I get on A4 a poor quality of render for the text objects
cannot even read it or barely!

did a test in Inkscape and I get a much higher quality
and readable.

now is there a trick here to get higher quality as we get in Inkscape may be?

b)
Why does the text have to come from the render itself? If you get better results by adding it in Inkscape (which is to be expected, btw), by any means do.

trying to find a way to do it in bl alone if possible !

why some softwares can print small text font and other are not able
can Blender do it?

and is there any tricks in blender to get better results ?

here is example on jpg A4 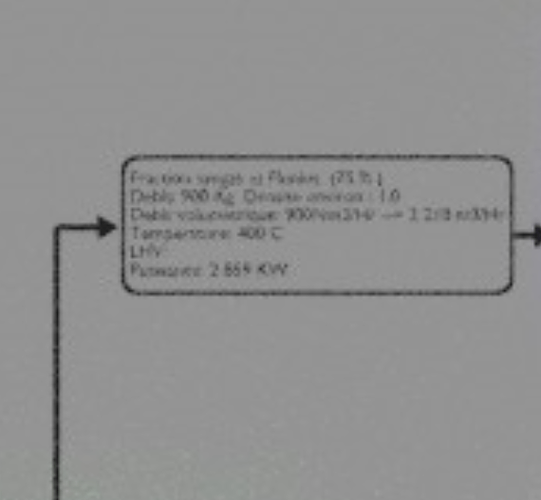 Sorry, but 96 dpi is just not enough for a sharp print result. Also: Why do you convert the rendered image from PNG to JPG? That makes no sense, as PNG uses a lossless compression, while JPG is lossy as hell.

When working for print it’s always preferable to use vectors and not bitmaps. The screenshot you posted seems to indicate that the whole graphic would be easier to make in Inkscape in the first place. And “but I want to do it in Blender alone” is not a valid argument to defend a questionable workflow…

so how come inkscape can render with much higher res then in blender ?

so are there any tricks to increase the precision in blender for font in render ?

And why don’t you just render the 3D elements in Blender and add all the text in Inkscape? That’s a perfectly reasonable workflow.

As Ikari notes your minimum render resolution must be 2490 pixels by 3510 pixels. There is no way around it.

but would prefer if there was a way to do all of it in blender
but seems it cannot be done !

I cannot change the render size cause in blender this determines the size of the image
agreed for printing you have to use 600 DPI
but this is something else another problem for later on if there is a need to print this image!

You can do it all in blender (if you want)

An raster image is composed of pixels, and pixels only.

But I’m confised, though. You’re talking about printing the whole time. And now you suddenly don’t want to print it?

in blender there is a difference between printing on paper and rendering size !
always been like that and even samething for other CAD soft

to get an image with 8.5" you must have 817 pixels wide
you cannot change the render size higher or if you do then the width of the image would also change!

I must have 8.5 X 11 inches and this is a render of 817 X 1055 pixels in blender
and this is valid only for images to look at in Paint soft or document

Why? Pixels have no real world size until DPI are applied. An image 65536 pixels wide can perfectly be 8.5in, or whatever you like. You just have to adjust how many pixels are in an inch (DPI).

how do you do that in blender ?
in bl dpi is already fixed to something

when you saved image with size A4 and use 96 DPI you get an image dimensions which is 8.5 X 11"
when you check it in any Paint soft !

also this is how the print to render scripts work !

dpi describes - in a way - the relation between image resolution and print size. The very same image can have 300 dpi when used in a magazine and 30 dpi when used on a billboard.

if I remember well DPI is dot per inch which is normally used for Printer resolution
but again if not using advance algo which are playing with inter space between dots.

in blender I think DPI is used instead of pixels.

another thing is that if you increase render resolution you also increase the size of the image
96 pixels / inch
and looks like same problem exist in other CAD or 3D graphic programs!

PPI=DPI for most purposes. If you want it sharp and crisp, render bigger. (Understandably it’s going to be a pain because it takes longer. But can’t be avoided.) Setting DPI in file output usually works for printing from most image viewers. However most 2D software for editing ignores that or lets you set differently. In which case up or down scaling is what really affects the DPI density, so you’re likely better off rendering bigger than you need it.

In regards to Inkscape text being sharp, it’s because of how vectors scale up or down. Render outputs on the other hand are bitmap, so again with the whole making it big so there’s enough there to make it crisp rather than pixely.

BTW, if you’re doing it for print/publication, I’d suggest using Scribus to lay everthing out. Nice bit of FOSS for desktop publishing. Not quite InDesign, but imo it’s better than Quark. Grids, flows, layouts, does it all nicely. You can print directly from that program, but outputs to .PDF so you’re fairly well set if wanting it printed by pros. Of course like any capable software, there’s a bit of a learning curve - particularly if new to DTP.

thanks to all for comments