Hi everyone! So i changed system recently and now i’m studying on an intel i7 CPU, NVIDIA GeForce GTX 1050, 16 GB RAM. I tried to paint in Texture paint mode, but the strokes are pretty laggy! 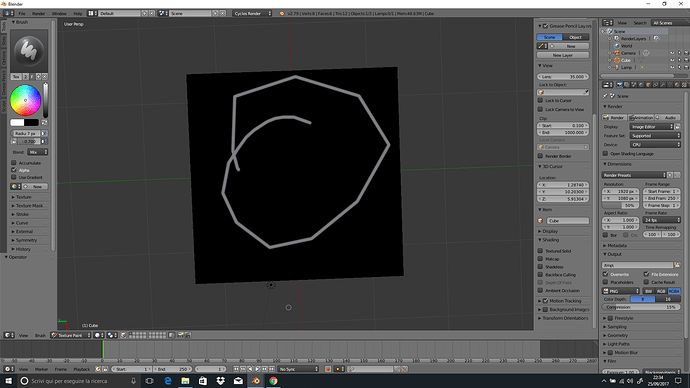 Can’t help you on texture paint ,but I noticed it was really lagging in sculpt mode(2.79rc2). I tried blender 2.78 and I didn’t have the lag.

Anyone can help? I believe the problem is with windows 10, but i really don’t know how could it be possible…i found out sometime in the UI i get lagging menus either…

Did you turn off all the Windows 10 touch stuff? Many tutorials online to fix Windows 10 Wacom lag/pressure/touch issues.

Anyone can help? I believe the problem is with windows 10, but i really don’t know how could it be possible…i found out sometime in the UI i get lagging menus either…

Hi.
To rule out hardware problems, you could test a Linux distro in Live mode. You boot in Live mode, then you install Blender from distro repositories. Or you download blender tar.bz2 official file, extract it to a new folder, and you run there “blender” file (double click).

HI! thanks for your reply! I simply solved it by changing the Window Draw Method to “full”. Hope it can help!

Hi.
“Full” is not the best method. Have you tried with Triple Buffer for example?
https://docs.blender.org/manual/en/dev/preferences/system.html#window-draw-method

i tried it, didn’t work. i get rid of texture paint lag only in “full” mode.

I m using windows 8.1 with 2.79 and the lag is horrendous in the 3d view but when I paint in texture paint mode in the image editor it upates the 3D view port in realtime ??? I have tried all draw methods but no success so far, I will download some older builds to try out

I found out the cause via more button clicks
I had set CPU thread count to fixed and maxed it out for some reason, when set back to auto
ie 8 threads it works a treat

Hopefully this helps out other blender users