so I was curious.

Current beta is “feature frozen”. if i got it correctly, they won’t add new features to the official branch until it gets out of the beta, so the new stuff will be developed in a separate branch and if all goes well it’ll all be merged in a future blender version

Pablo shared a build with a different grab brush behavior., you should try that. Works much better already. 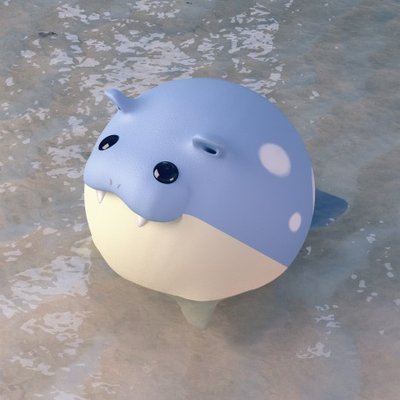 Windows build: - Everything is experimental - The new trim brush is replacing the scrape brush. It crashes with dyntopo and it does not work with symmetry. - New cursor included - Brush curves are ignored, the grab brush behaves differently. drive.google.com/file/d/1wn7F6w…
6 Likes
mzprox (mzprox) March 12, 2019, 4:39pm #24

The move brush behaves much better in that build, it’s great. i haven’t tested too much but some other brushes have errors (like the clay strips)

some other brushes have errors (like the clay strips)

You know the drill… Wip/experimental…

A branch means sources easier to update and compile than a succession of patches.
Anybody familiar with building blender may follow development of branch as soon as an interesting change is pushed.

https://wiki.blender.org/wiki/Building_Blender
If user learns how to build blender, he is not forced to wait next day to provide feedback to developer.

Yes, I am aware, that the development of new features is done in a branch outside of master. I just asked about the necessity for an official one. Because in theory, anyone can clone master make a branch and start his own repository on let’s say Github or -lab.
I am just curious what might be the advantages to have it in the official tree.

zeauro answered to that, i think

There is a whole network of official blender sites.
Official git repository is monitored by developer.blender.org .
So, the development of branch could be followed on d.b.o by other devs with ability to easily comment, give likes, make reviews or create tasks pointing to branch commits.

Ah, yes. The networking aspect is of course huge.
Thanks that answers it.

i’ve just checked Pablo’s twitter… it’s full of great stuff… I hope some of them will be released in a test build.

https://lists.blender.org/pipermail/bf-committers/2019-March/049877.html . Brecht answered that given his commit rights.

That can only be a good thing, assuming he follows Brecht’s guidelines to dramatically improve the chance of features going into master.

One or two features at a time, polish them real good and get them to master before the next set.

That can only be a good thing, assuming he follows Brecht’s guidelines to dramatically improve the chance of features going into master.

One or two features at a time, polish them real good and get them to master before the next set.

Yes, I also think that it is necessary to gradually approach the addition of new features and things.

That would be a very powerful fork. hahaha

I’ve noticed the Grab brush seems to behave a bit more like the ZBrush Move brush when you switch the brush curve to linear.

Oh wow this really getting good as far as the basic feel goes. When some of the other tools in the plan come together it’s going to be amazing. I’ll be following this development.

I especially like the part of the long term plan that involves sculpting in VR.

Once a build is made, go ahead and enjoy

The development of new features for sculpt mode started in a new branch. The new cursor, normal radius, new grab and trim brushes and 2D viewport panning have already been committed. Now you can use Blender to sculpt hard surface and cheese. #b3d developer.blender.org/diffusion/B/re… https://t.co/ub735gV1ms
14 Likes
YAFU (English is not my native language) March 14, 2019, 11:23pm #41

Some time ago I had tried the brush cursor related patch, and the performance while sculpting was not good. But testing the cursor from Pablo’s new branch, the performance is great and it’s really a sweetness to work with the new cursor.
(I’m using Linux and my builds are not portable, so I’m sorry, I can not share the build)