I’d sacrifice cloth features and vertex paint to get sculpt layers but the community would burn me at the stake for it.

I think a lot of people would rather see further work on the cloth brush suspended in favor of sculpt layers. The brush already looks pretty decent for a number of things while layers does not even exist.

There’s only so many people on Blender’s sculpt module (they could perhaps put a special emphasis on layers, but should that come at a cost of other pressing things like brush management)?

Seriously, no.
Brush management is the most urgent task.
It concerns all sculpt & paint modes.
I don’t understand why that is put as the last target.

Users will easily triple this amount by adding their custom brushes.

We will have to continue to deal with an hundred of brushes without a decent brush management UI by default, until next year.

Brush management is the most urgent task.

And a Dyntopo update with multi-threading and support for all brushes.

Plus, the brushes-per-tool thing that was created just to fit in with the new tool paradigm… It’s so clunky and boneheaded, makes me want to bash my head against the keyboard.

Plus, the brushes-per-tool thing that was created just to fit in with the new tool paradigm

The people that invented the tool paradigm are still so deeply invested in it that I doubt it’s going anyway. It’s clunky not just with sculpting but pretty much every where.

Sculpting layers are surely a needed feature, but in my eyes there are other priorities over that. Such as:

It looks like “Fynn GB” is going to stream another Blender 2.83 sculpting session in about 90mins: 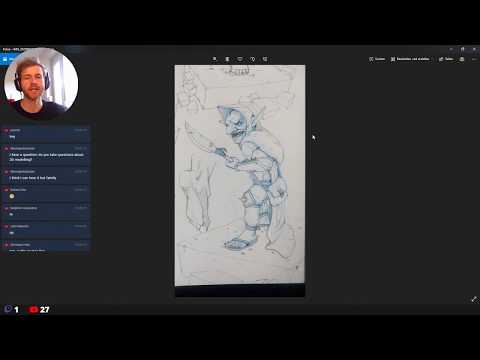 I really enjoyed his last stream where he tried out Blender for the first time (but he is quite skilled at ZBrush). He started by sculpting a realistic skull and then added muscles and fat pads afterwards. It was a very informative and relaxed stream. I can highly recommend watching it!

I just hope the performance/memory optimizations are rolling out soon. Its quite a hassle even if the modifier is not activated…

Sculpting shape keys was unusable a few versions ago. Seems to have improved… up to a certain number of verts.

MultiRes being fully fixed and production ready. There is seriously no point in having sculpting layers as long as MultiRes isn’t finished.

I would prefer like Sculptris, more you zoom, more rez is increased when sculpting.
It’s faster and lot more natural without having o switch rez in the Dynotopo menu. Brush management. As previously mentioned, the current UI for brush management is honestly an absolute disaster and a huge hurdle for Blender

Something that should also be high priority is alpha panel browser. Boolean tools and the addition of the new 2.90 primitives tool in Sculpt Mode. Blender has the opportunity to have a fantastic boolean sculpting workflow which is a standard toolset for any sculpting program.

I think for Blender automatic objects merge and remesh in one button or key press would do the job.
Also i would like Zbrush “InsertMesh” or 3D coat basic functionnality “primitives”.

Not directly a Sculpt Mode feature, but still just as relevant; retopology. It has got better since 2.80, but still tons of room for improvement.

There is Blender paid addons for retopo, i’m not sure it will improve caus of addons.

Vertex painting. Yeah, I think vertex painting needs to get finalised before moving on some new project. Don’t want this feature to stay unfinished while working on something like sculpting layers.

This will be a must have for next gen i think.
Why not a new “Vertex Paint” panel and room setup we could quickly switch to.

You can do with some tricks but it’s not good at all, so once again it’s paid addons only.

Meanwhile we can only ask while keeping using best of the best workflow combo using Zbrush or 3D Coat combined with substance Designer and painter.

I would prefer like Sculptris, more you zoom, more rez is increased when sculpting.
It’s lot better than using predefined rez setup in Dynotopo, because you adjust rez just by zooming.

Multires has the advantage in that it can be applied to meshes that are already rigged and posed (not only that, but it allows sculpt work to not destroy custom data). Now it would be nice if there was a way for multires to be ‘adaptive’ (ie. different subdivision levels for different patches). That would also make it far easier to render super high-res sculpts in Cycles since the multires level would depend on the size of the polygons relative to the image.

There is also a Simplify brush to tweak surface rez, like Sculptris brush, that’s great.

Isn’t that what Dyntopo set to “Relative Detail” does?

Yep. But to be like Sculptris you additionally have to switch the refine method to “subdivide edges” to prevent collapsing again if you’re farther away.

Yes, when i used Dynotopo to test BLender sculpt, i did not vary zooming a lot because i was not aware the rez varis with camera zoom.

Testing facesets and pose brush to find a good placement of facesets for posing the sculpt, it is hard!!!
But fun so much fun There is also a Simplify brush to tweak surface rez, like Sculptris brush, that’s great.

No the sad truth about the simplify brush is, that it’s not at all like sculptris. In sculptris the reducing was relative to the resolution being present under the brush, that was a nifty feature. But it’s not like that here, it’s in fact not even a real simplify brush, but rather an “apply dyntopo detail level”- brush. This brush really needs a an overhaul. It doesn’t really fit into the brushset right now.

It should have an option for reducing relative the given mesh resolution under the brush with tweakable strength, to reduce it more careful or stronger, based on settings and pressure applied.

And it should not be dependent on the dyntopo mode, or at least not on the manual dyntopo activation.

And last but not least brushes like the simplify brush should be able to get independent dyntopo settings instead of unified global ones. 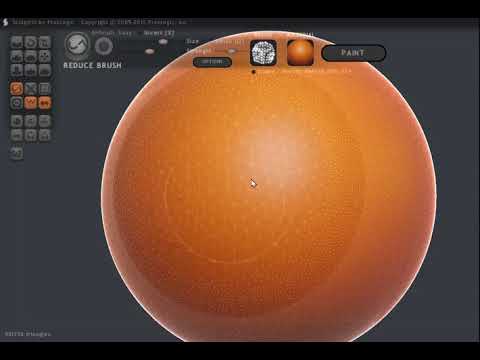