A lot of testing latter, I have to say that this is not usable for realistic characters at least compare with the rotate tool with some good mask paint, because there is no way to control the rotation pivot point… but there is no way to save mask paints… I hope in the future…
But for the initial blocking it is a good tool.

Why? It just work in Sculptris, no issues at all.
And very natural and quick way to handle sculpting big shapes and very small details resolution.

Testing facesets and pose brush to find a good placement of facesets for posing the sculpt, it is hard!!!

because there is no way to control the rotation pivot point

I already pointed the issue with the Blender Pose brush, it has lot of work improvment before becoming as usable and versatile as 3D coat pose. 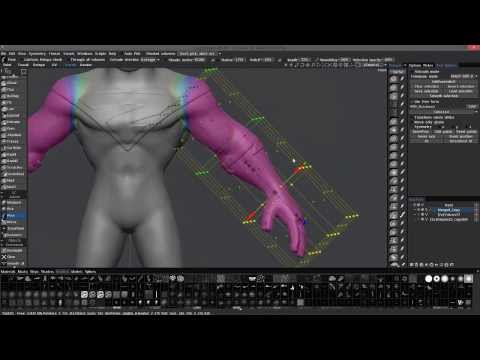 Or the ability to use any 3D Tools tools selection to select for Pose tooland use any tansforms. 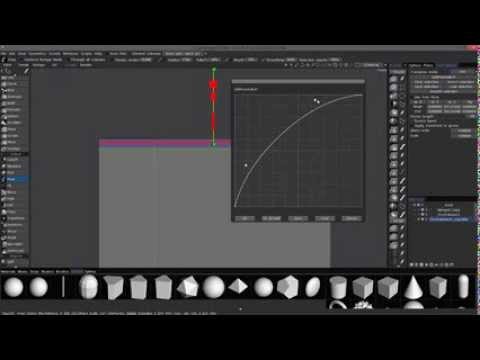 It would be great to have a functionnal minimal Pose tool in Blender, i mean the pivot point and allow to use any transform on pose selected area.
Meanwhile, better use 3D Coat.

I did not test a lot Blender Simplify brush, sure it needs a different algorithm to get constant good results without artifacts.

Why? It just work in Sculptris, no issues at all.

During the block-out stage you usually want to use either dynamic topology (sculptris pro) or voxel remesh. Both of them allow you to change your forms quickly and both of them are available in Blender too.

After that, you usually want to do a proper retopology. Either manually or by using something like (guided) quadrimesh / ZRemesher. The goal after this step is to have an evenly-sized quad-only topology with as few poles as possible that follows the curve (or underlying muscles) of the object. This mesh is used for posing / animation / uv-unwrapping and so on.

Then you might want to use Multires in order to sculpt ultra-fine details (like skin pores and so on). Multires requires evenly sized quads (no triangles) and as few poles as possible in order to work properly, but luckily we already got that from the previous step.
Since the mesh is based on a nice topology, you will get very clean results while sculpting. Also, the multires implementation could be many times faster, because it does not have to deal with arbitrary topology in its subdivisions, allowing for real high poly counts that would not be possible otherwise.

As you can see, you definitely do not want a multires modifer that changes the topology at this state. It will invalidate your previous work (you have triangles again, UV maps are gone, even topology is gone, the mesh can not be animated properly anymore, etc.) and it will invalidate the initial requirements (even, quad-only topology without many poles) of the multires modifier itself.

The workflow is the same in ZBrush.

Once sculpt is done, and retopo and animations are made, you never come back to sculpting.
I never seen such workflow, until you forgot something or it’s a change asked to be made.

Adding more steps to workflow, would be really a very bad idea, i mean :
sculpt , retopo, bake, texture, animation AND sculpt again with multi rez, and re bake and re texture.

BTW most of the time i don’t use multi rez in Zbrush caus i work from artworks, so i first make the good proportions and good overall details.
Like many artists, we use instead material painting software like 3D coat or Substance Painter,
to add micro details , it’s faster easy and many artists do the same, so there is not so much need to sculpt those ultra fine details at all until you really want.

I don’t see a lot interest about multi rez appart from micro details.
When you have done sculpt base , you make it right , you rarelly need to modify the base shape as it’s something you make as good as possible.

While beeing able to hide mesh parts i think would be more efficient to make Blender sculpt more smooth and faster.

In my opinion, I find it a good thing that multires allows for tweaks and changes in the actual sculpt even after you have the model rigged and textured. The whole idea of railroading artists into a series of steps (which you can’t revisit after completion) will more or less be seen as outdated amid the technological advancements that are making things like a non-destructive workflow possible.

Inflexible workflows such as what you propose may have been the best CG could provide in the 1990’s and 2000’s (given constraints in things like CPU power), but that is all changing as we can see in apps. like Houdini and even Blender.

How to hide face sets?.

Something that should also be high priority is alpha panel browser. the option to add a quick boolean (difference and union) to the add object is needed to me, also add from the face to the inside of the object, but you could lose detail in an autoremesh so to me better not to. It would be interesting to add a fast add array, controled painting curves maybe, to the add menu .

Masking and Automasking is working. But trying to use Face Sets is producing glitches and Face Sets are ignored by paint brush.

Paint and Smear Brushes are weird. They have a mix of settings to paint and settings from sculpt modes brushes.
I am wondering what is the point of keeping Sculpt Plane setting for instance.
Spacing Distance has to be tweaked if you want to be able to use Smear brush.

But except that, playing with new brush engine settings (flow, wetness, density, tip) is fun.
But none of those settings can be relative to pressure. It is only the case for global Strength.

No brush can sculpt and add color at same time, for the moment.

Color filter action is not realtime.

But now, Sculpt Vertex Colors are taking priority everywhere in Viewport and in Vertex Color node in material.
Nothing has been done, yet to handle existence of two lists and indicate which one to use in viewport and render.

There is work to do to create a fluent workflow and polish those basic functions before complicating the feature.
We can already feel that not having brush management will be annoying for that project.

which you can’t revisit after completion

You can do any workflow you wish, like as many steps backward to sculpt, baking, texturing, but i guess people avoid that ineed, it’s the worst workflow.
When someone asks you to modify something already approved it’s really not fun to have to go back to sculpt n bake, texture.

the option to add a quick boolean

Just the Zbrush insert mesh you scale on the fly when adding it, or 3D coat quick primitive creation that automatically works as boolean.

Many studio/professional jobs will hand you a pre-established pipeline base mesh that you CAN’T change.

Also, if I have to explain the general benefits of multi-level sculpting then I have to assume you don’t do much production sculpting.

i want to scultp ,i wanna know blender friend

I wanted to check out the new Sculpt Vertex Paint, but I can’t get it to work.

Activated the Paint brush, changed the color in the brush settings, and tried to paint on my mesh, but no colors appear.

Aah, yes, forgot to reset the brush, thanks!

Trying out the Paint brush now. Weird that brushing once results in a higher color density than when you brush again on the same spot. Then it gets lighter again, even though Flow and Density values are set to 1. It feels like some unwanted water color mixing effect.

Edit — OK, starting to get used to it. I guess the brush radius picks up and mixes shades of every mesh color that’s inside the radius. I like the speed, and the smoothing using Shift.