This is an thread that I I’m creating in order to keep track of my ideas and plans for an new project of mine.
This thread will from now contains the flowing:

The Main reason that I’m creating this is to be able to get feadback (possetive as negative) on my idea’s but also to be able to keep track and in some way logg my progress.

now here is the description of the project.

You are a crocodile living in an peaceful crocodile village where life is an blessing, until one terrible day
when the “sneaky” rats are breaking in to the village and steal all the crocodile egg’s.
your villages whole future are now putted in danger and something need to be done!
Ofc the golden rule apply-es even here and you realize that “if something need to be done, you better do it yourself”
so you decides to go out on an dangerous journey into the wild and try to get back the eggs from the damn rats.

The game will have an short storyline as I haw learn’t that I’m not able to make longer ones whit-out getting to an state where I’m confusing myself more that I’m making progress.
I whill also try to keep everything as simple as possible -if I don’t, I won’t get any where - and will be using both python scripts/modules but also some logic bricks.

…and here come’s some images of the main character (still wip): 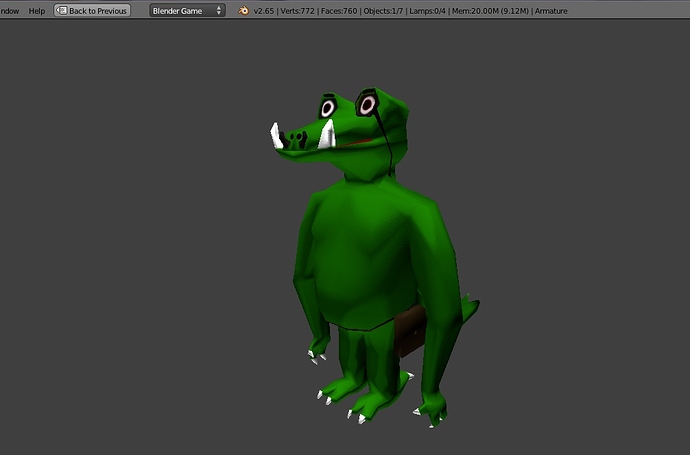 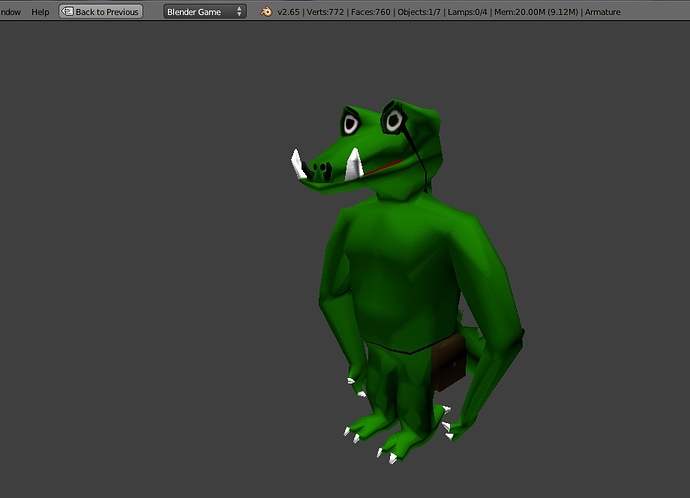 For now this is everything that I got, but there will hopefully be coming more ideas/progress here soon!

-added an inventory system whit the flowing futures (no textures so far):
* add item
* stack items of the same kind
* move items
* delete items
* save/load inventory items and positions in IV
-added 2 temporary weapons ( 4 testing only)
-added an in-Game camera feature whit the flowing functions:
* take pictures
* view pictures already taken
* Zoom in/out up to 5X (depending on the camera)
* support for an dynamic number of cameras ( 3 types are added so far)
-added an Movement setup for the player
-added an Mouse-look script

That is all for now!

I saw the word “egg” and thought you might find a use for this.
It’s a simple egg cracking effect prototyped for a different game.
https://dl.dropboxusercontent.com/u/19279604/const/egg.blend

Press space to spawn eggs.
Public domain (no credit necessary) should you choose to use it.

Okay so I decided that it where time for an update on this project, as I have made some improvements and some progress on it!

Here is an list of what have been done/added:

here are some new screen-shots from the progress: 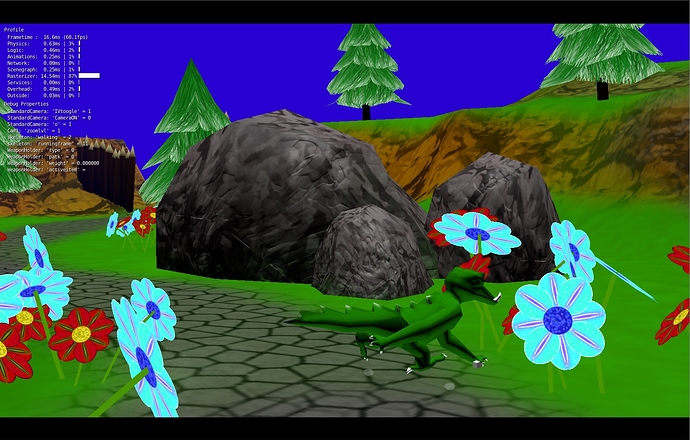 3:rd person look of the character while running. 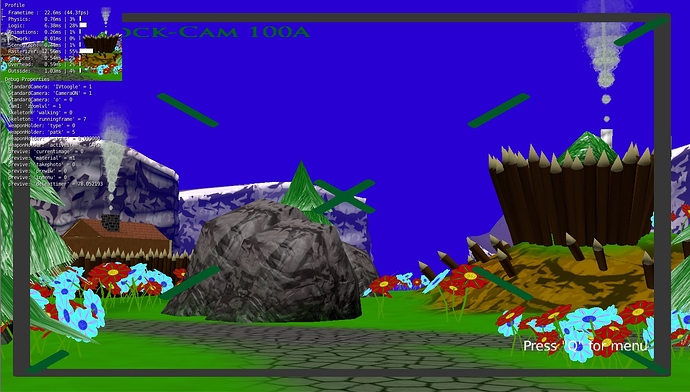 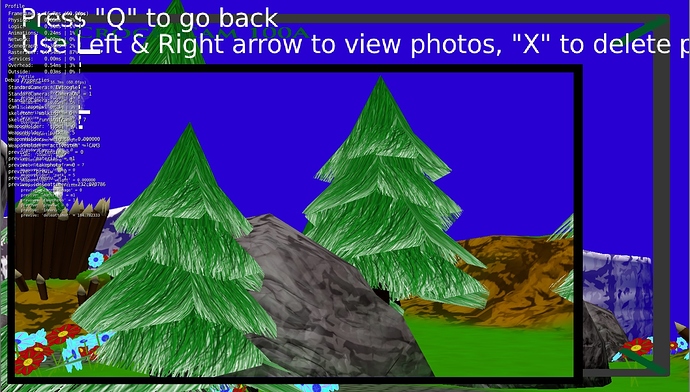 That where all for now! plz comment and tell me what you thing!

…and also thx for the previous comments! they where very helpful!

Nice project,it reminds me of the good n64 games.
As a suggestion you might want to add alpha to the trees so that you can remove the white color of the leaves.

thx fenice!, and yes, that is an good idea’. I will 4 sure work allot more on some of the textures, many are just placeholders 4 now and need to be improved.

I will post an new update rly soon, just need to get a few more things done first