Having a rest from sculpting, I made this: 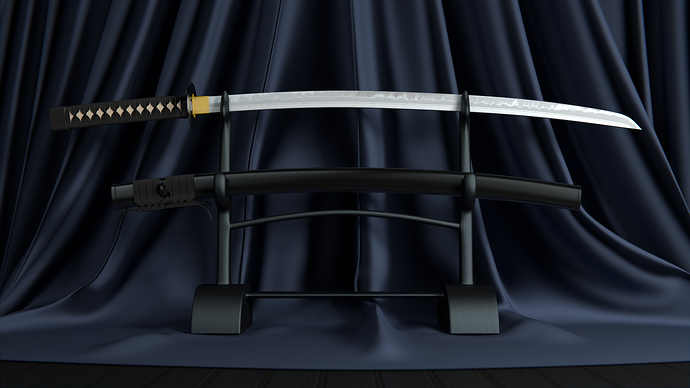 The models are really awesome but you should improve the materials

Agreed, these are good models. Like the design of the blade too.
How do you made the strings (i.e. at the handle)?

@tadine: Thanks. And of course, materials could use more love. I just didn’t want to shelve it any longer. Though I still have a BI render for it in mind, but that’s when I find the time to set up lighting.

Agreed, these are good models. Like the design of the blade too.

How do you made the strings (i.e. at the handle)?

I, uh… modeled them

Basically what I did was model one very low-poly link (out of extruded circle) so that I could use array modifier. Since the links are not symmetrical, I also had to make two “caps” for the array, so that I could nicely wrap them around at both ends. Then I had the whole thing follow the same curve that the handle mesh did, applied array modifier, scaled to fit the handle (shrinkwrap wouldn’t help here unfortunately), added solidify and subsurf, following up by a couple of edge loops for sharpness.

Since I couldn’t afford to enable merge option for the array modifier (as it would’ve merged side vertices), I had to manually merge the links after applying that modifier.

Here’s a closeup with wireframe: 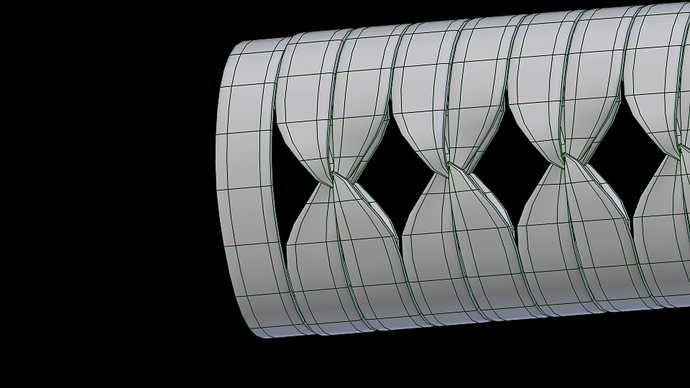 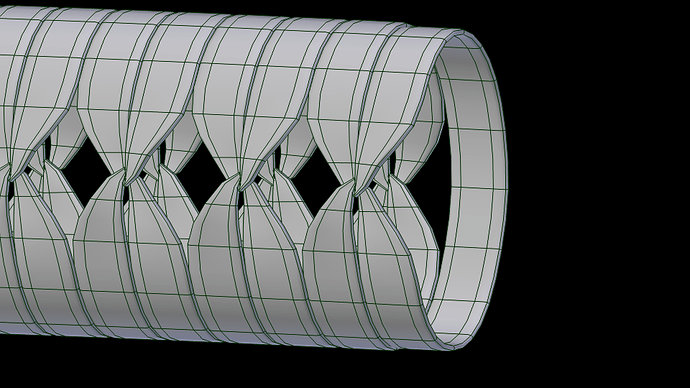 At the very end is one of the “caps” - the half-link wrapped around onto the other side.

I did pretty much the same for the sageo (the knot on the scabbard), only modeling of the links was a lot trickier and I had to actually watch some videos on how they are tied in reality

Thanks for the description Stan. I will try it out at my own katana project.

Thanks for the description Stan. I will try it out at my own katana project.

You’re welcome, Febell. I hope it helps in your project.

don’t give up I’m telling you