The Crawling Shadows of Fearnmore (+ breakdown)

Hello everyone!
My latest big personal project: The Crawling Shadows of Fearnmore - Trailer:

You can find the Work in progress thread here, thanks so much to everyone that helped and gave me feedback!

I undertook this project with the following objectives:

I made this small trailer while experimenting in all production stages, and studying the most fitting tools.
Software used:
Marvelous Designer for cloth simulation.
Blender for modelisation, UV unwrapping, animation, rigging, skinning, grooming, lighting…
Substance painter for texturing.
Blender Cycles for rendering.
Davinci Resolve for color correction and editing.
Reaper for sound creation, SFX and music.

The trailer takes place in a universe inspired from Lovecraft, Sherlock Holmes, and the ‘Alone in the dark’ series. A detective investigates some surnatural occurences in a small village of Scottland.After some strange and mysterious encounters with the characters of the village, and having faced the untamed elements, he will be lead to discover nightmarish creatures, who have wandered into our worldfrom an hostile parallel universe. The story begins by focusing on the character, an anti hero whose physical strenght still doesn’t compensate for his moral and intellectual weaknesses, and who has troubleholding his ground as he faces one obstacle after an other. Slowly, his weaknesses will make him give up to the surnatural forces and to the wild power of nature. 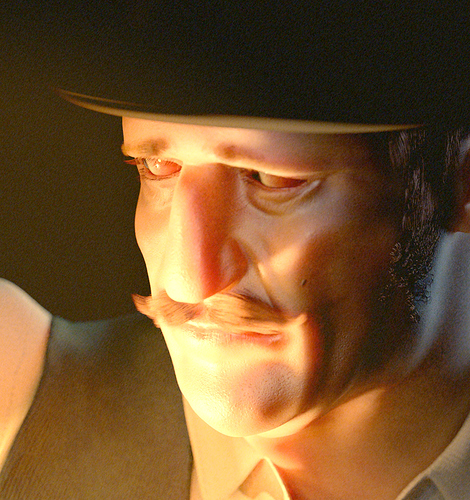 Wow! Has a Stranger Things vibe. Very very good efforts. Animation is a Bear. I like the main character. He has, well, … character!

I really liked it! excited to see more from you.