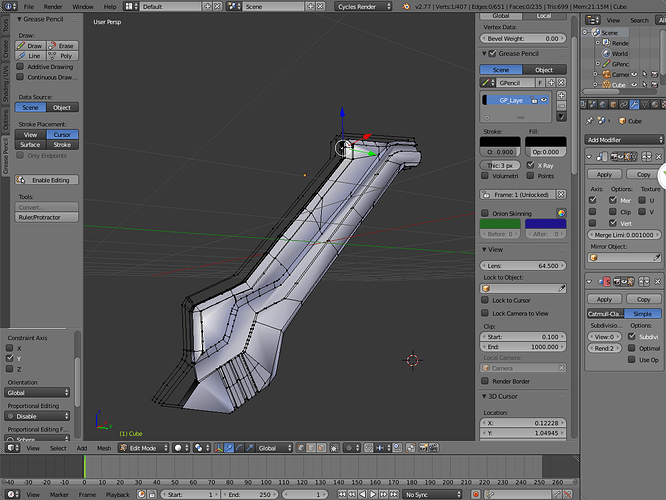 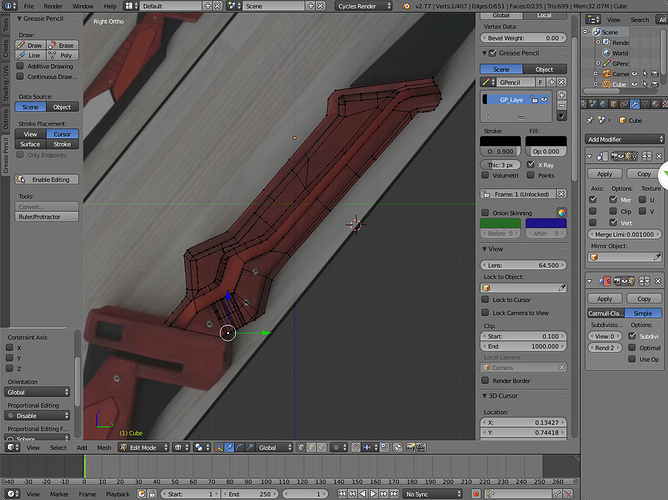 I’m worried on why the shading looks wired since i’m working on this project in blender. When i do character modeling wired shading does not happen. I hope i don’t have to start all over.

Do you mean the ambient occlusion?You can turn that off in the Properties editor > World context.

Its not that the model doesn’t look smooth im not sure how to fix this. When i do character modeling the shading is normal 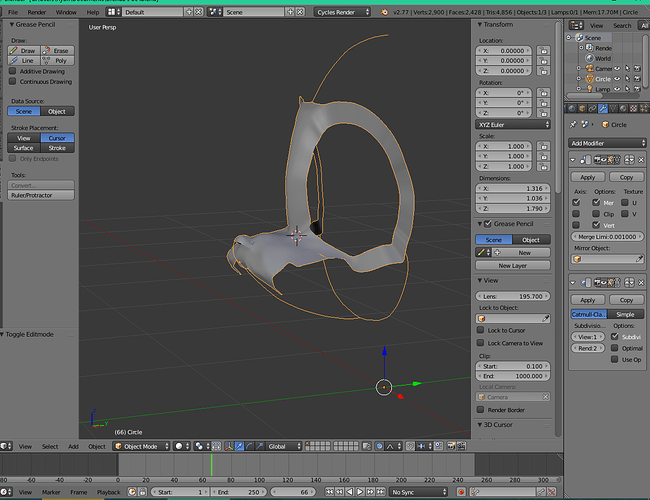 could it be you’re in edit mode with wireframe view-port shading selected?

if this doesn’t help post the blend file and someone will be able to see whats up.

The shading on your mesh is weird because of the horrible topology. You have n-gons (faces with more than 4 vertices) galore in there, mostly caused by adding vertices on edges where they contribute nothing to the mesh and don’t make any sense.

i tried that and i still get the same thin. How do i post the blend file on here.

I didn’t know that but what should i do? It’s because i have a different modeling style.

Can you post the reference images of the sword?

In edit mode, Mesh>clean up>delete loose would be a good start. That’ll take care of all the unnecessary verts sprinkled everywhere. Then rebuild from there making sure to form tris or quads.

Blender allows n-gons because they’re potentially useful (makes things heaps faster once you grep when and where to use them), but if you don’t quite know what you’re doing in that regard it’s just going let you end up with bad topology with heaps of shading artifacts - let alone a complete mess if you try the subdiv modifier.

Anyhow regardless of organic or mechanical (hard surface), there’s really only three major edge flow types and the idea of that might help you out. Longitudinal, lateral, and circumferential. Longitudinals run with the length of something, laterals connect the longitudinals as if a connecting lattice, and circumferentials circle surface transitions or openings in a mesh and help to control tension. (More commonly called control edges or loops.) Keep in mind those can transition from one type to another, but this concept should give some idea how to make a mostly quad edge topology that can describe a mesh. (And quad topology tends to work best for most things, which is why it’s considered a good practice.) 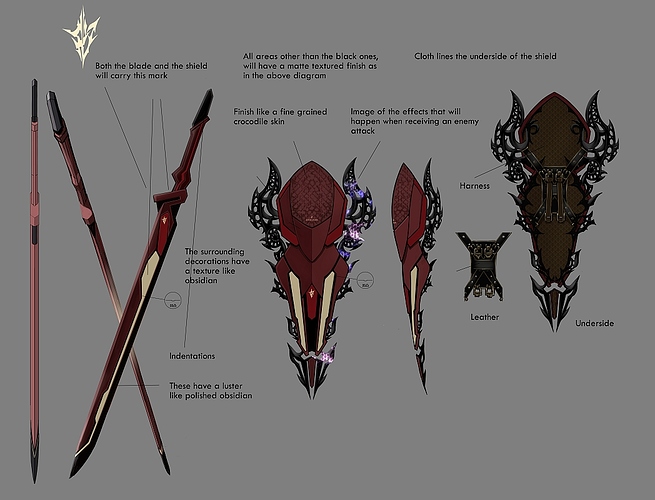 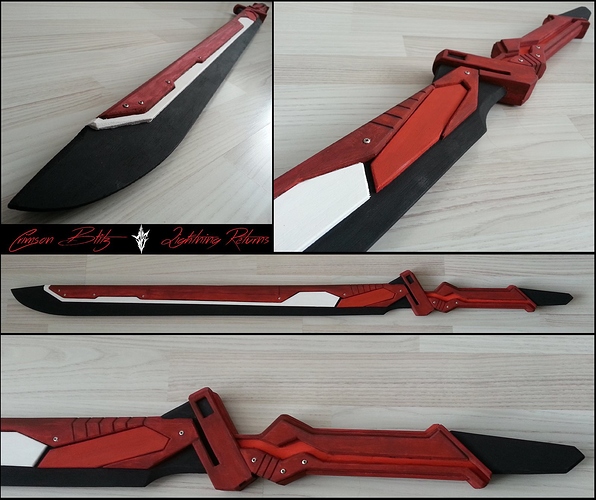 Does the handle part look right? For the way i did it? 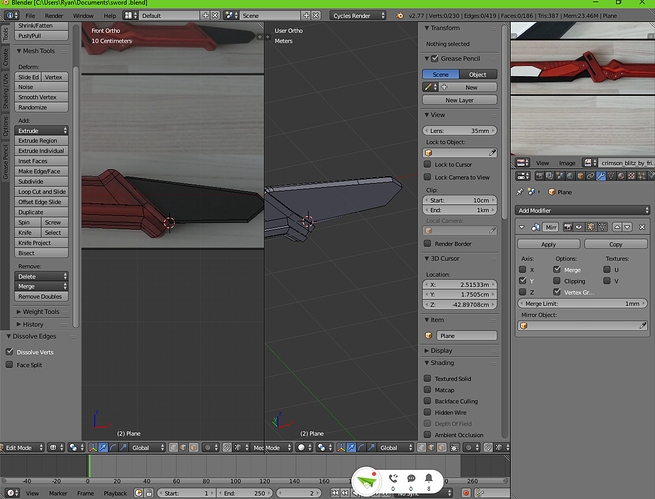 No. Get out of the habit of using nGons.

how do i get out of that habit. it will take me a bit of time

Well, think of the minimum number of vertices you will need to define the shape of a model without smoothing. Also you can break the model up into pieces to reduce complexity.

Here is a part where i did the rear blade too, the one attach is easier to work with while the one below the handle uses the minimum amount of vertices. I could show you how a subdivided version looks but my computer at work won’t be able to handle it.