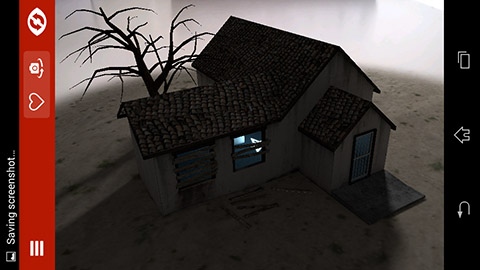 It’s been quite a while since I’ve been active here on the forums lol. I thought I’d share this here, not so much to show off my entry (for which I got first place), but for other artists to check out the Zappar Augmented Reality Platform! Especially as they’re launching another contest soon, which I’ve been challenged to enter again lol. If I do enter again I wouldn’t mind some competition from fellow Blender Artists! I’ve been using their ZapWorks Studio platform for almost a year now and I’ll show some more projects on Blenderartists as time goes on.

Long story short though, I spent around 3 days putting this together. There’s so much more that could’ve been done and which I wanted to do and fix (Like adding an empty swing going backwards-and forwards hanging off the tree, and fix the baking glitches on the wood panels on the windows, to name but two), as I’m sure you’ll agree, but I’m fairly happy with the end result.

The main idea was to create an “Invite” to a Halloween Seance Party, which after scanning the Zapcode, would show the secret location Augmented onto the printed target image/invite. Unfortunately I didn’t have a lot of time so I couldn’t implement everything that I wanted to, so its not really that scary, but otherwise I’m fairly happy with how it turned out given the little amount of time I was able to spend on it. I made all the 3d assets with Blender, and baked the lighting and shadows into the textures. With the exception of the tree mesh though, a shout-out to Eugene Kiver, I used the tree trunk from his CC-Zero “Low-poly Foliage” from Blend Swap, thank you Eugene! You saved me some modelling time there! The audio are various CC-Zero clips which I grabbed from freesound.org, some of which I edited somewhat. Even though I’m not naming them individually I want and must just say thank you as it brings the magic home!!

This October we challenged you to create a spooky Halloween themed AR experience that would shake our judges to their very core. We had some incredible entries so naturally, choosing a winner was very difficult.

Best is to print this image and check it out first-hand via your phone though. (Scan the Zapcode with the Zappar app to check it out) 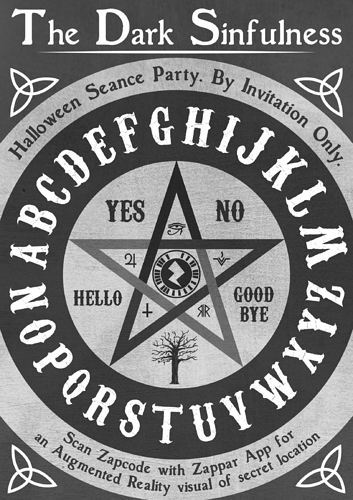