Made in Blender 2.75a, rendered in cycles.

Inspired by conspiracy theories I decided to put my own spin on the ‘ancient aliens’ thing.
Also, it’s my first time making rocks, dust and generally my first outdoor scene that isn’t set in open deep space. 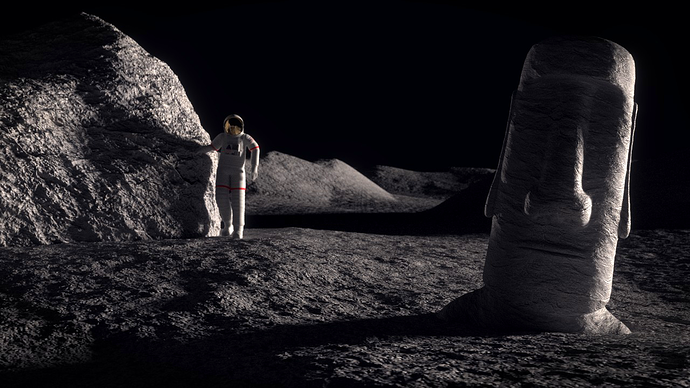 I’d apreciate it if you could leave some feedback.

I like the idea, a bit of 2001 going on there, and it did make me smile when I first saw it as it’s a nice spin on the old movie.

The scene itself looks pretty realistic to me. The only thing that looks a bit wrong to me is maybe there should be some small rocks or the like around the base of the statue. It looks a little bit planted at the moment, I would expect some dust and debris to make it look as if the statue had been in the ground for a long time.

I’ve made some changes:
-Tiling on the distant hill is less noticable
-New statue texture 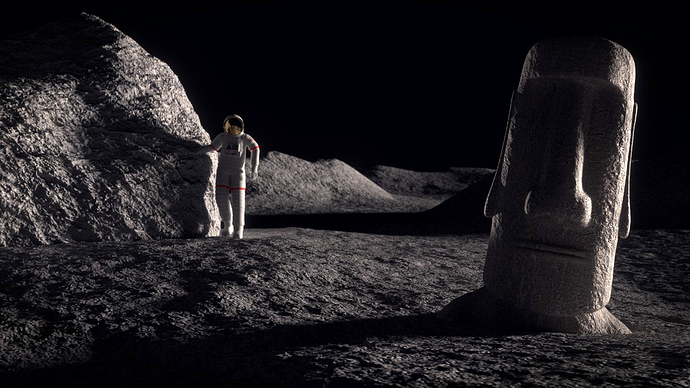 I’m still not sure what to do with the base of the statue. If I plant some rocks around it it would look like someone intentionally tried to hide the line between the statue and ground. So i would have to put rocks everywhere and the scene would look completely different from real moon photos.

I’m thinking about raising a small pile of dust around the statue in this manner: 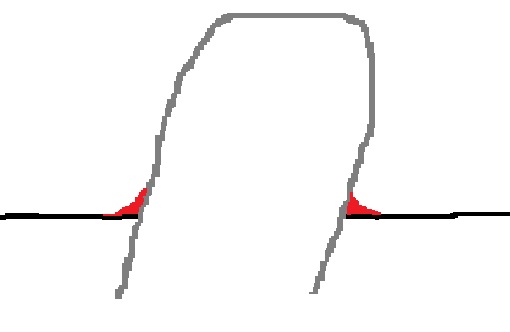 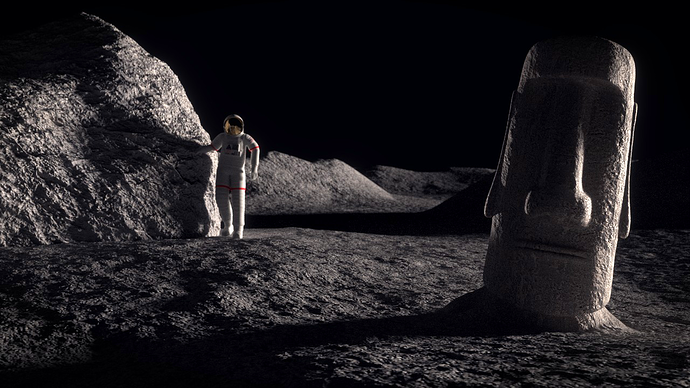