I have therefore decided to have a modelling project using my laptop. After lots of searching i found something i thought would be fun to model… The Enigma Machine. 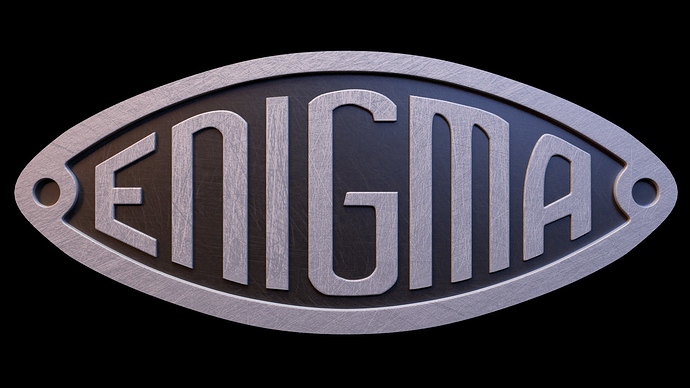 I have also started on the Outer body. Still lots of detail to add before i start on the inside though… 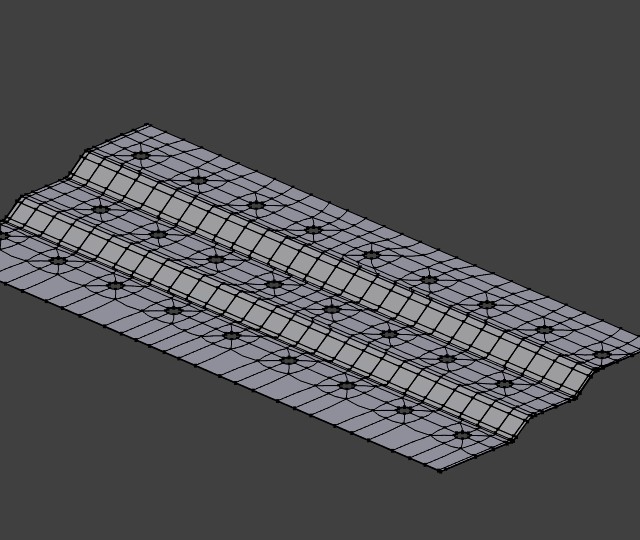 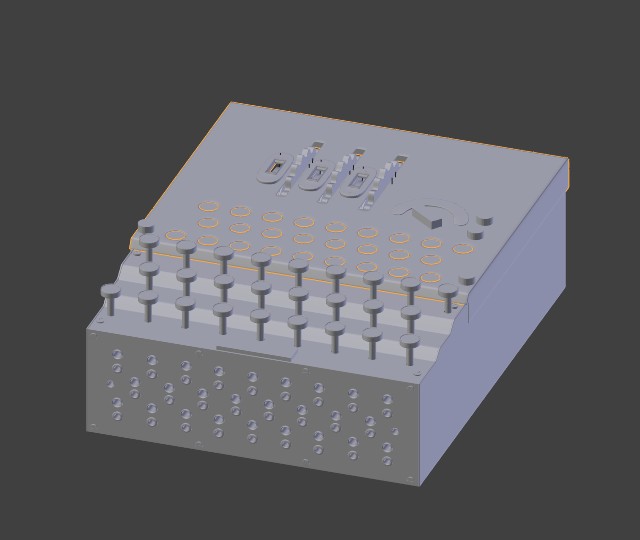 Clay render of what i have done so far.

Next, finish outer details. Then move inside. 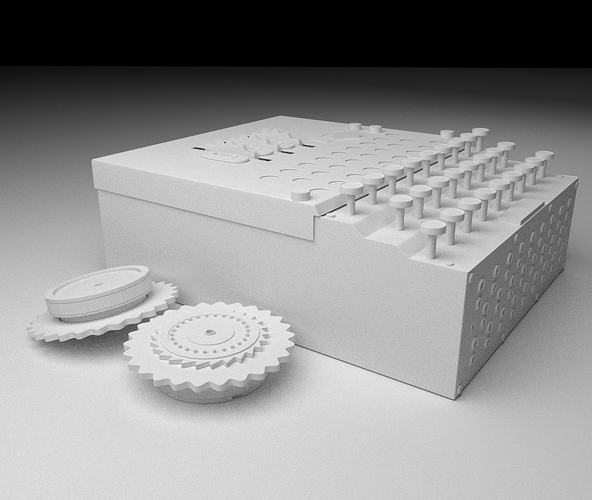 Have you been to bletchly park to see that and colossus for real?

I saw the enigma machine, but not colossus (it was closed), which made me sad. I’ll go one day though as my ticket is valid for a year

Certainly you have hit upon a topic of great interest. Looking forward to seeing the final models.

I saw the enigma machine, but not colossus (it was closed), which made me sad. I’ll go one day though as my ticket is valid for a year

No time to do much today. Added a couple of dials using simple array mods and some topology cleanup that is not really noticeable in the render. 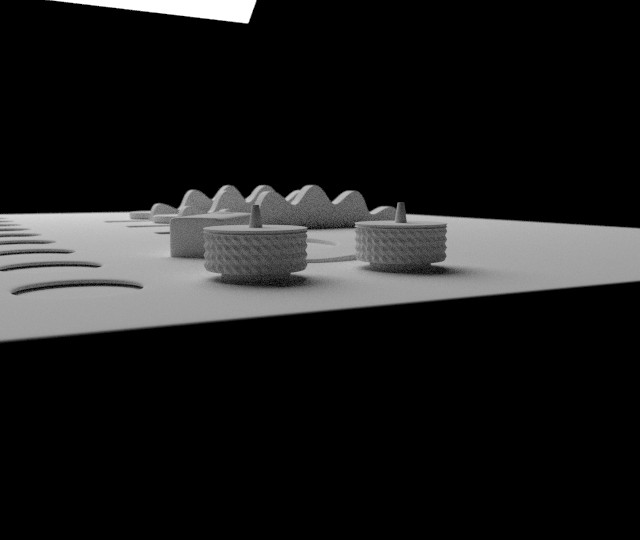 Brace yourselves for the excitement of… a bit of the inner workings! I wish i knew what these bits did, but oh well.

Getting there bit by bit. 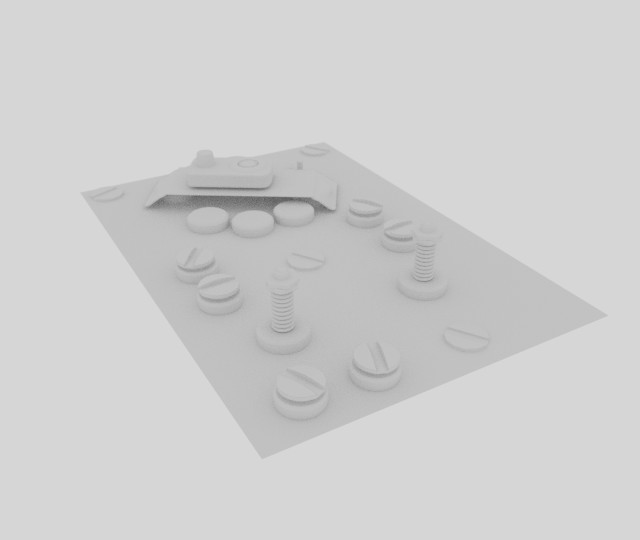 That looks like a military version of enigma, am I right ? Will you make all the insides ?

Funny you should say that… I had to put this on hold because I realised that my reference photos were from 2 different models. I’m in the process of tweaking it to be a correct enigma I army version (for no better reason than I have more reference pics of this one.) at least I’m learning something doing this!

the idea is that I do the insides, outsides and all the bits in-between. I’m not usually one for photo-realism so I’m doing this to push me out my comfort zone.

thanks for the support.

I am in bed now, send me a PM something like 9 hours from now and I will send you some reference video

Thought i would do i bit more on this to keep it alive. So many projects in the air…

Size and position of the connectors need adjusting

Going to have to start on the scary bit soon. the parts that hold the cogs. not very clear how it all works in the depths of the machine… 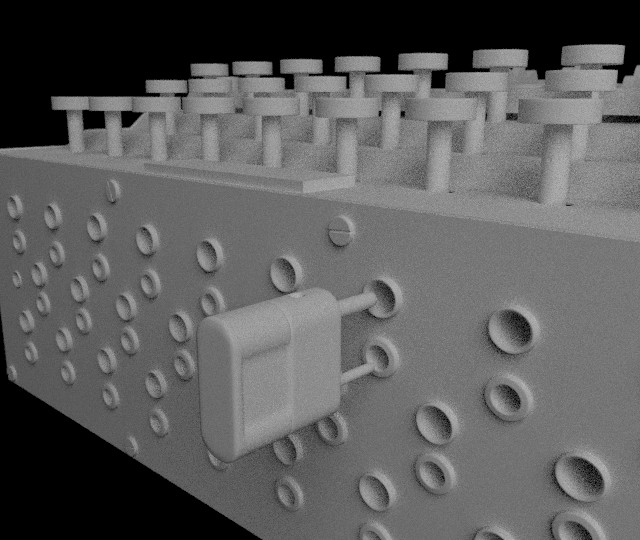 shoud also show some of the source photos to compare to

are you going to add mat & text with cycles here ?

shoud also show some of the source photos to compare to

But then you would see all the mistakes!

I’m still unsure whether to use geometry or texture for the letters. But yes, i will be texturing using cycles once the modelling is done.

…oh go on, here are some of the ref images i’m using. 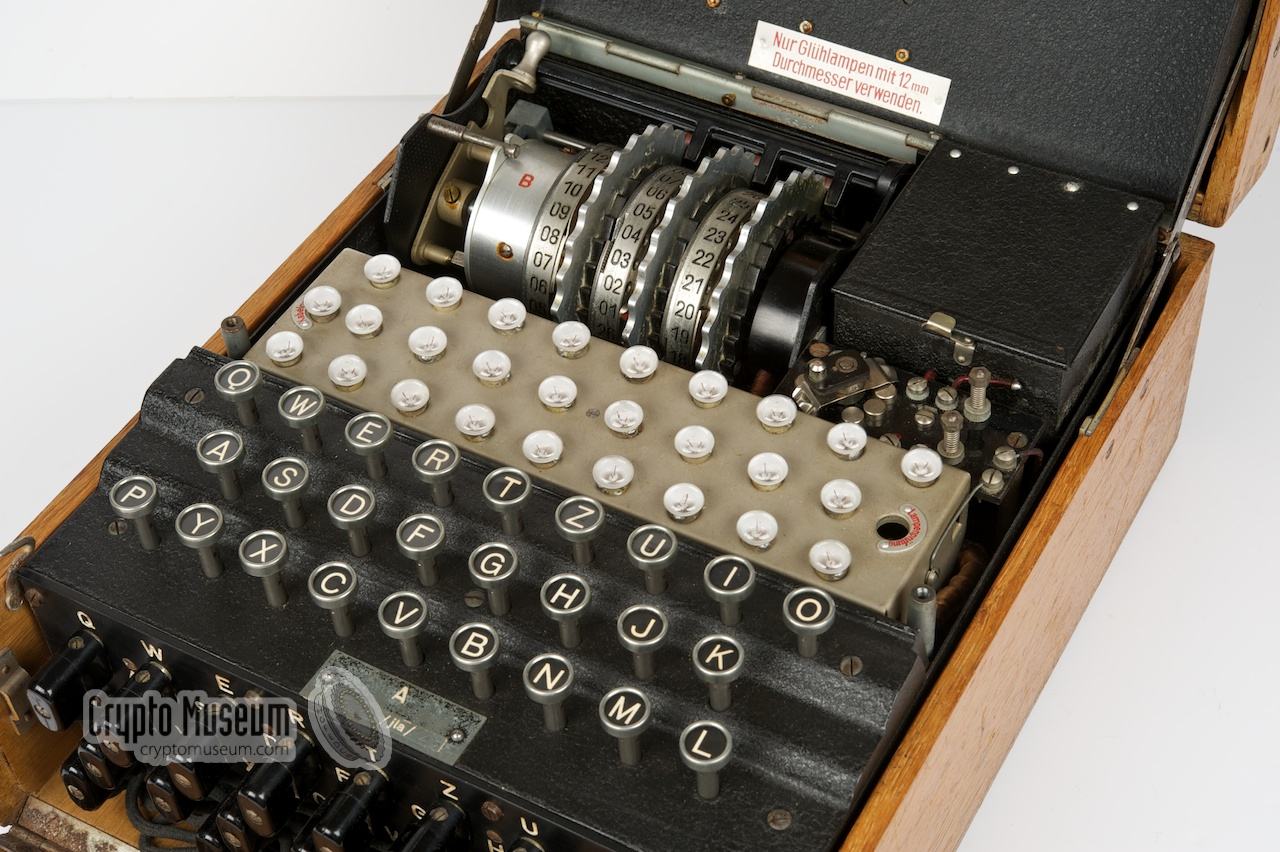 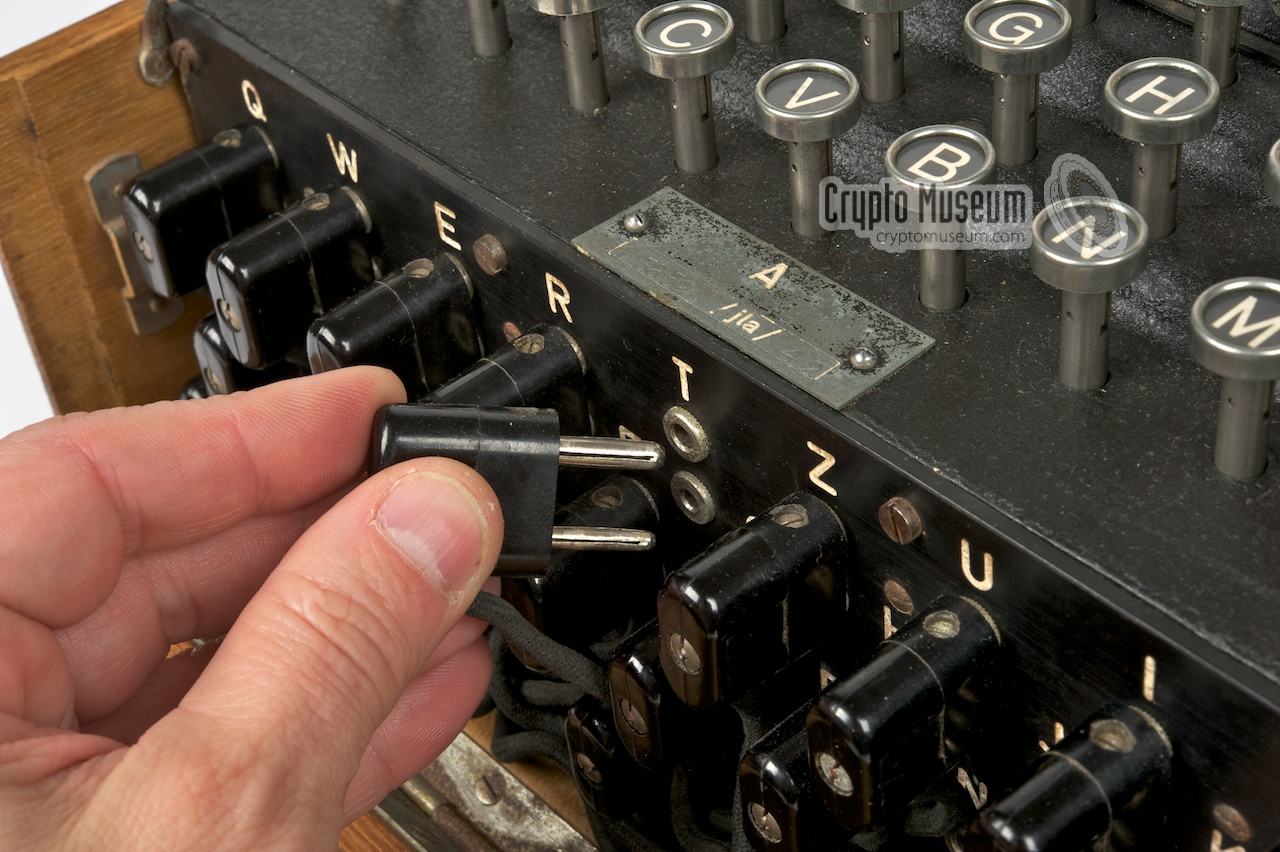 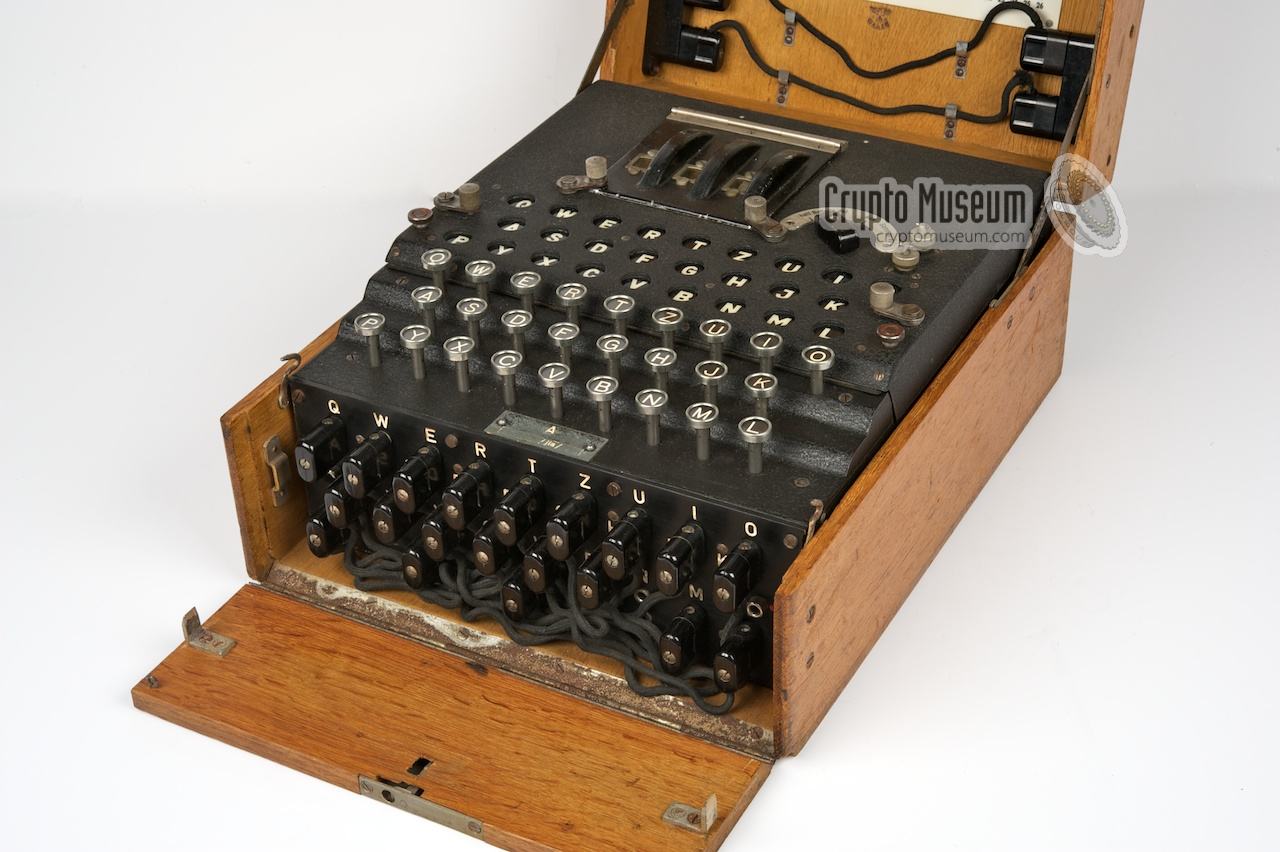 Yeah, the proportions need tweaking with the plug. The plug looks right to me but so do the hole. But they clearly don’t fit

ill have to play around with it.

thanks for the material link. That will come in handy.

and yes, some of the later enigma machine had 4 wheels (although the 4th wheel in most models was merely a settable reflector) this model was the most common during the war.

thanks for the support.

also the screw flat head
does not have any space between frame and the screw
there should be a very small gap!

Good job! And a challenging one also.

and yes, some of the later enigma machine had 4 wheels (although the 4th wheel in most models was merely a settable reflector) this model was the most common during the war.

I saw one with up to 8 rotors in this wikipedia article. I’m sure you know it. How deep do you want to go into the details? This one has an explosion chart of the rotors.

Edit: Ah, saw the rotors at the top of the page. They are very detailed already.