The Hazel dormouse or “golden rat” is probably about the cutest little thing ever, so I made a picture of one sleeping in a nest (it hibernates 6 months a year).

Of course the nest is really a bird’s nest and not a rodent’s one, but I wasn’t looking for scientifically acurate here.

Leaves are painted in Krita, all the rest is in blender with some little post-post-work in photoshop.
HD 2000 x 3000 px

I’ll join the orginal draft for composition as well (made in krita).

// EDIT: I followed your advice and I’ll join a second version, the rat is more curled up now, which versions looks best to you? //

Thanks for your feedback! 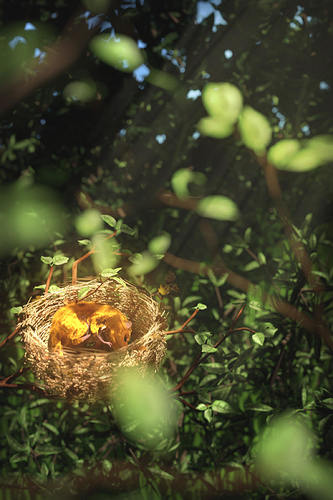 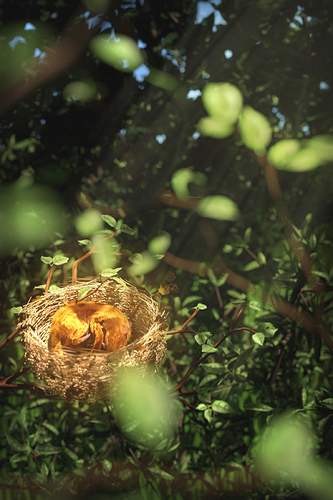 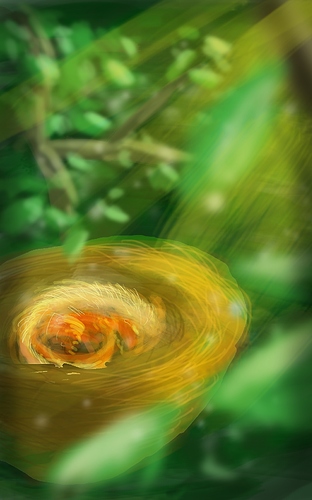 Well its not as curled up as it needs to be, looks dead. Leaves are cool though, looks like you painted them yourself.

Now that you say it Robert B, yeah, posing could be better. I did paint the leaves myself, thank you

Morteza, renders took about 8 hours for this one so I probably won’t have time to make other finished pictures, but I’ll post some stuff for sure! thanks

Niiiiiice ! Love the ambiance and the use of different focal plans.

Thank you FredHystair!
And actually yes Iatch, I’ve wanted to go further than just modelling stuff and render it to show the work. So I’m going to try to make some scenes that would be interesting in themselves, and not just because they are 3D. I guess this is my first step towards it. Still quite naive I guess but you gotta start somewhere, right?
I’ll take any advice on better composition on this one!

very nice, composition and all…

There is something in your work (can’t say what it is exactly though) that makes it very beautiful, lovely. Seems kinda poetic… idk

Thank you for kind comments!
Here is a viewport render of the scene. Pretty heavy (about 18000 leaves I think). Also a more renders. (and bad topology) 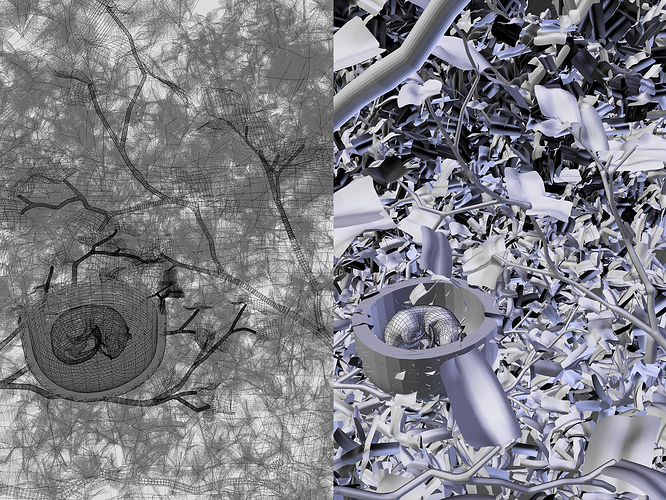 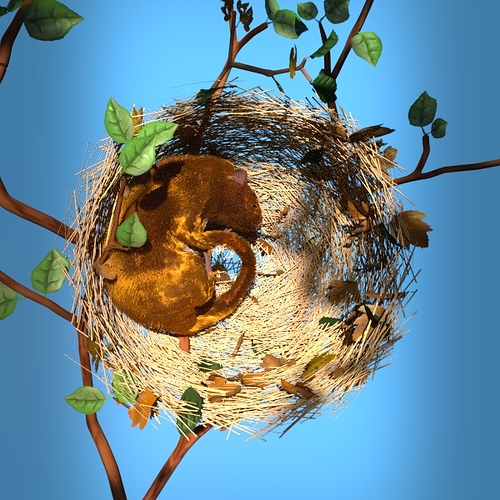 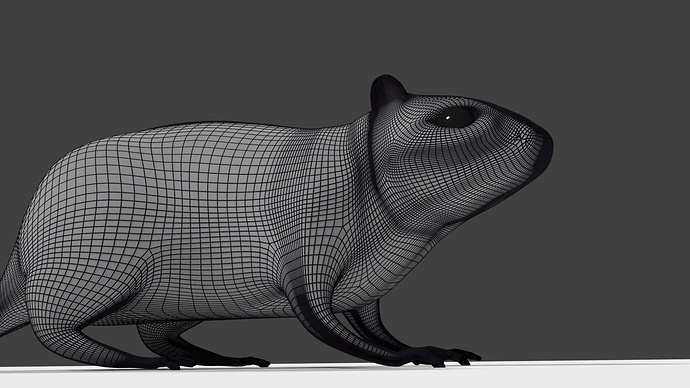