I´ve been around in this forum for sometime but only now decided to post something…
This work started as a sketch i made sometime ago and finally had the time to transform it into 3d.

Modeled in blender and zbrush, textured in substance painter and rendered with cycles, comp in PS. 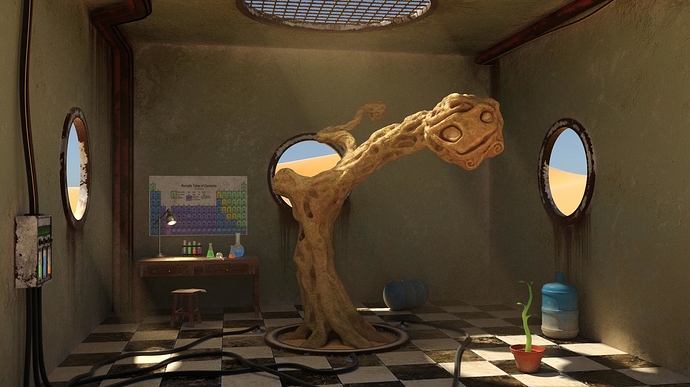 I have a doubt about render passes and volumetrics, i thought about creating a new thread but since the problem originated with this image maybe this is a better spot.
When i was rendering this image, the idea was to render all the separate passes to composite later, but none of the passes available showed the volumetrics. Is this normal ? what did i miss ?