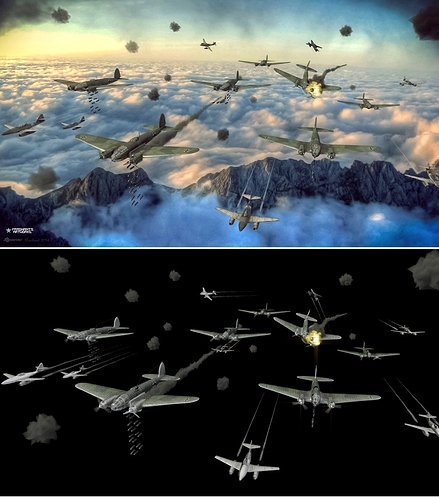 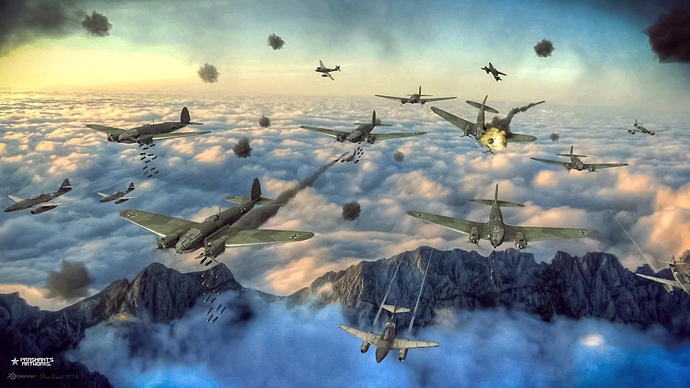 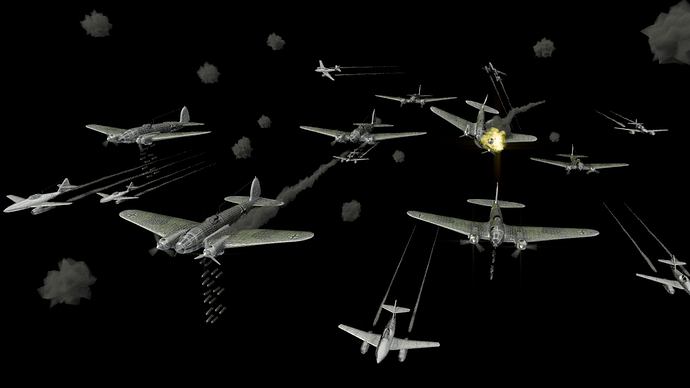 I like it, but I’d be tempted to increase the He(1-11?) count and decrease the Me262 count.
The He’s were numerous during the bombing campaign by the Germans, but the support craft on escort missions by the time the Me262 was introduced would be little to none. Infact bombing offenses by the Germans would be limited.

Beautiful work, prashant0t4! There’s a lot to look at and appreciate here. Your modeling and textures look great, I wish the render was bigger so I could get a closer look. Are the clouds in the background a 2D element or are they rendered from Blender?

Excellent work all around, a very painterly image!