The most advanced American built car ever

I have started one that so far is really fun. I would like to get this one pretty realistic. We are all familiar with what the Lunar Rover looked like so that adds some challange, I can’t cheat as much.

Here is what I have so far, plus a couple of cool reference photos. Not much, but a start. Any guidence along the way would be great.

BTW I found a neat site http://history.nasa.gov/alsj/lrvhand.html with the complete 221 page operational manual for the lunar rover. 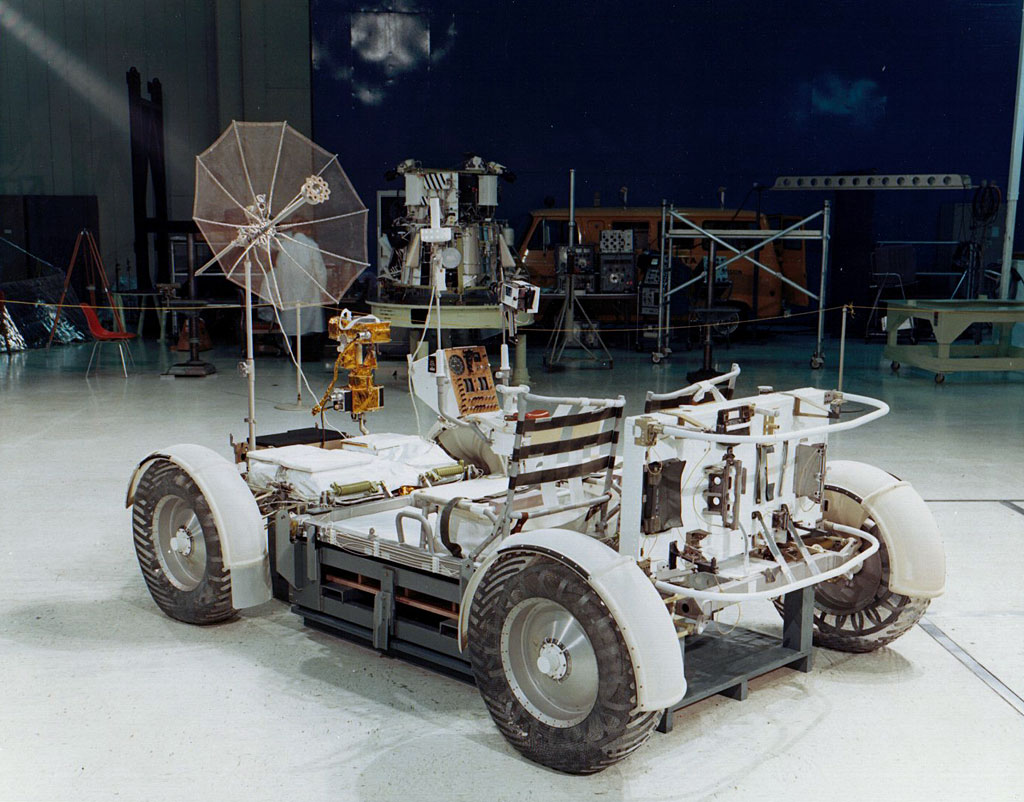 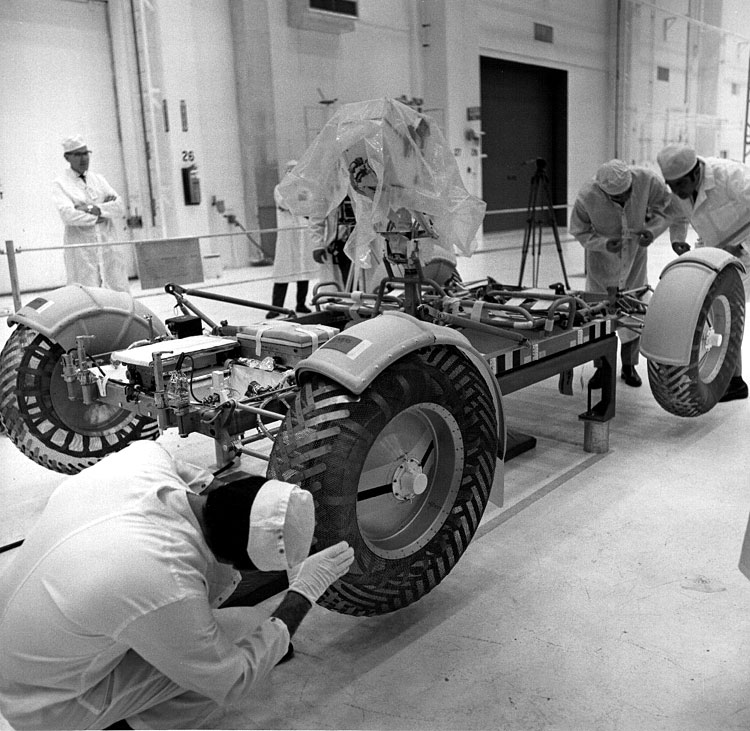 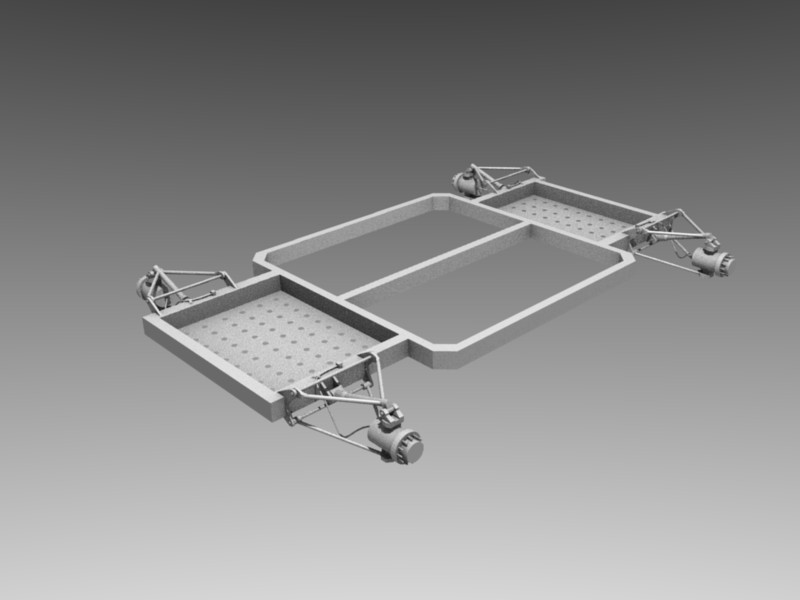 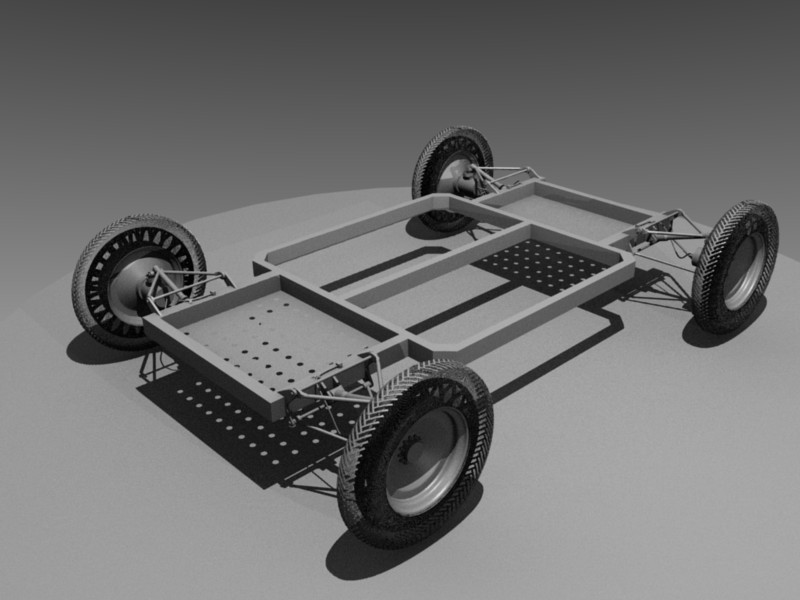 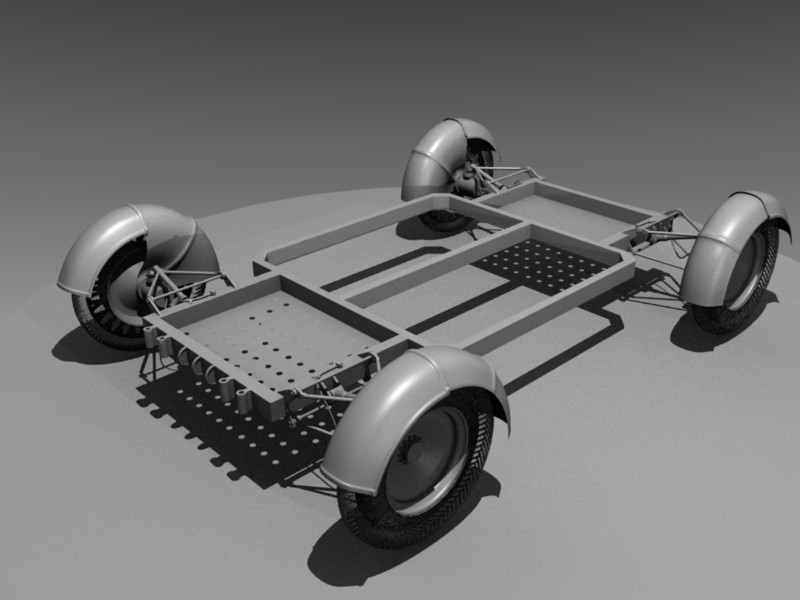 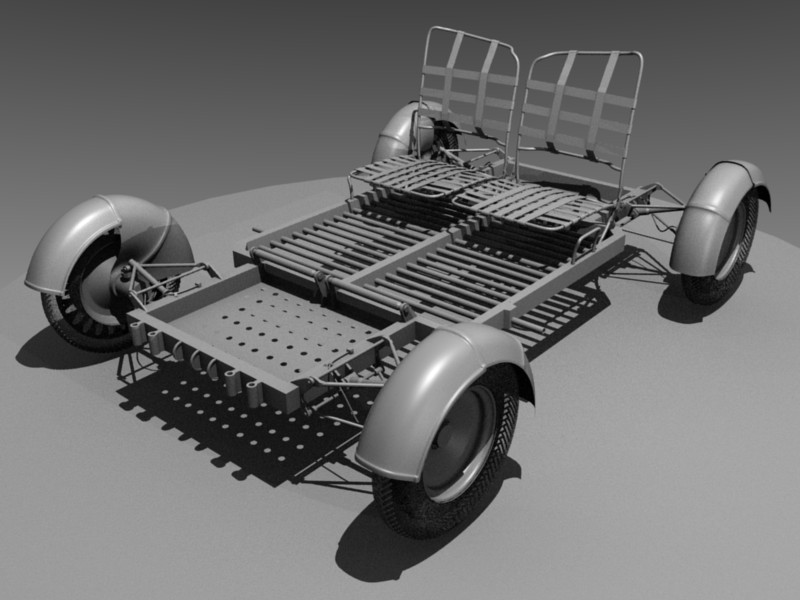 Looks pretty cool, not much to crit.

Very good modelling so far, no crits for now. Keep it up:D

Damn you guys are fast, I will have to step it up a bit myself.
First, thanks. Second, I have started working on the control / instrument panel. I have a couple of reference pictures here. I have a dilema, should I model all the little switches and gauges, or should I just use one of these images as a texture? I have a quick sample using the texture and I am not very happy with it. 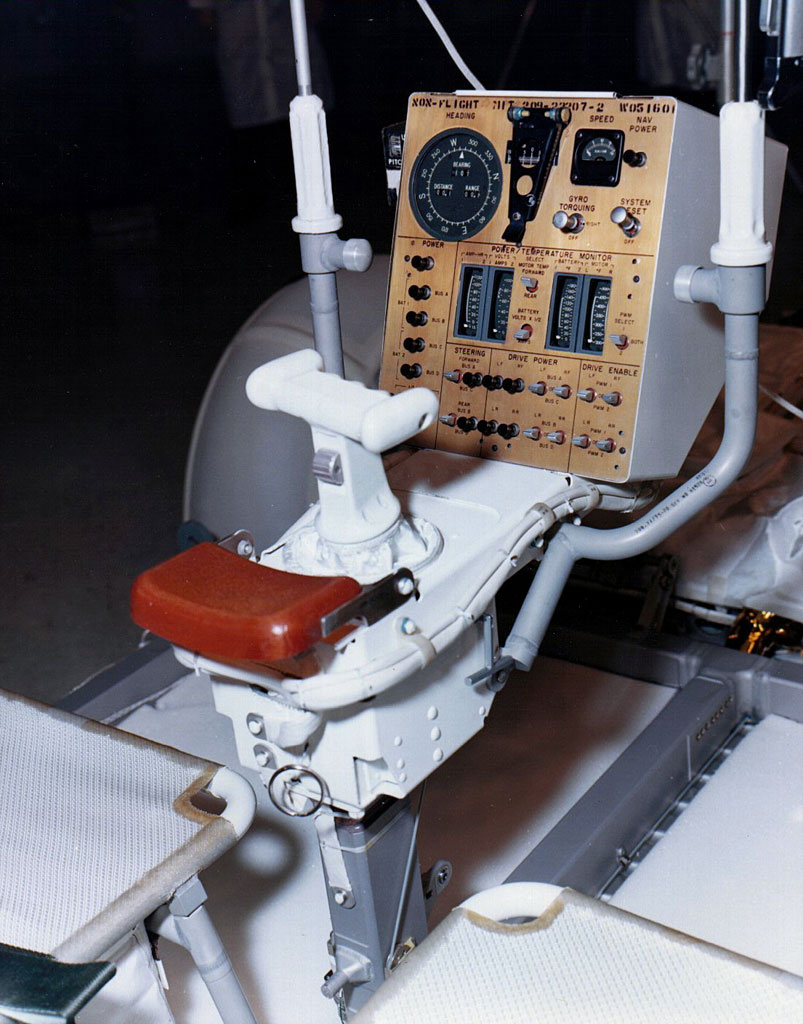 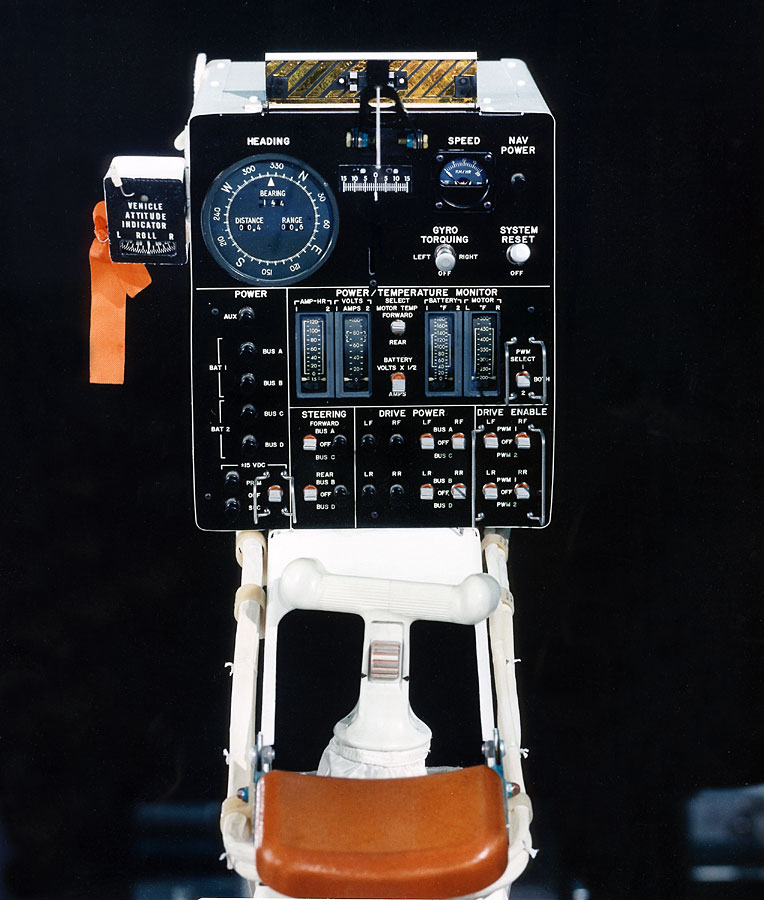 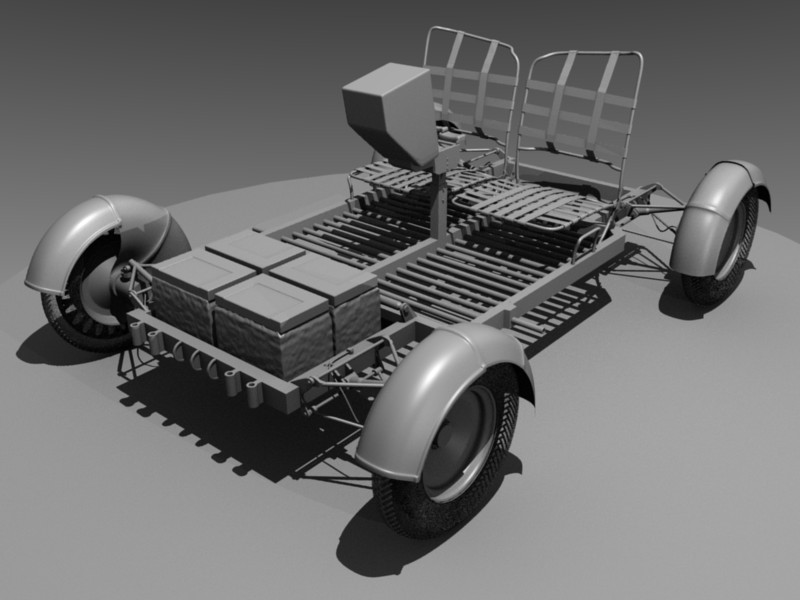 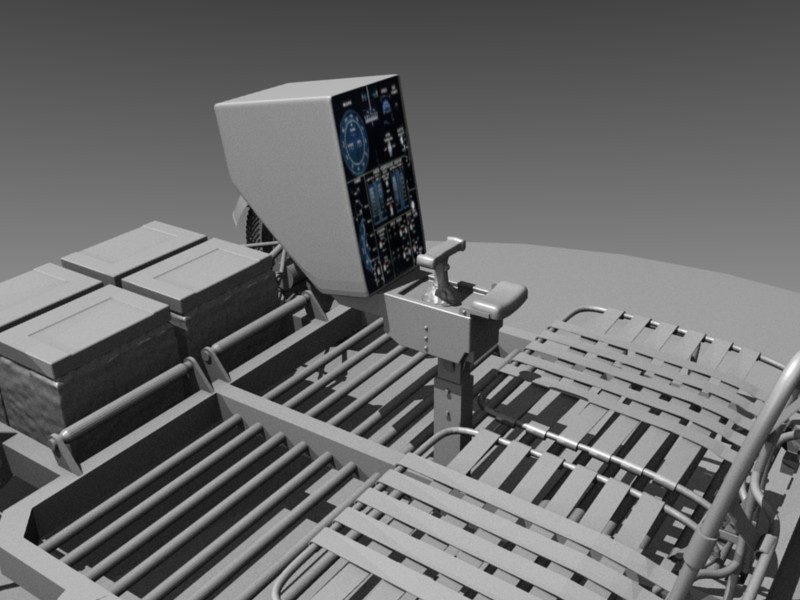 Depends what level of detail you’re going for. If you’re going to do any close-ups, I’d advise you to model the buttons (doesn’t need to be all of them, smaller ones can use a texture). Otherwise, a texture should be fine:yes:

Thanks animatinator, for the moment I think I will keep it with the textured panel. At least until I figure out how the scene will be set up.

Here are a couple more. As you can tell, due to my laziness I have taken some “artistic” freedoms, but if anyone sees something out of place please let me know. 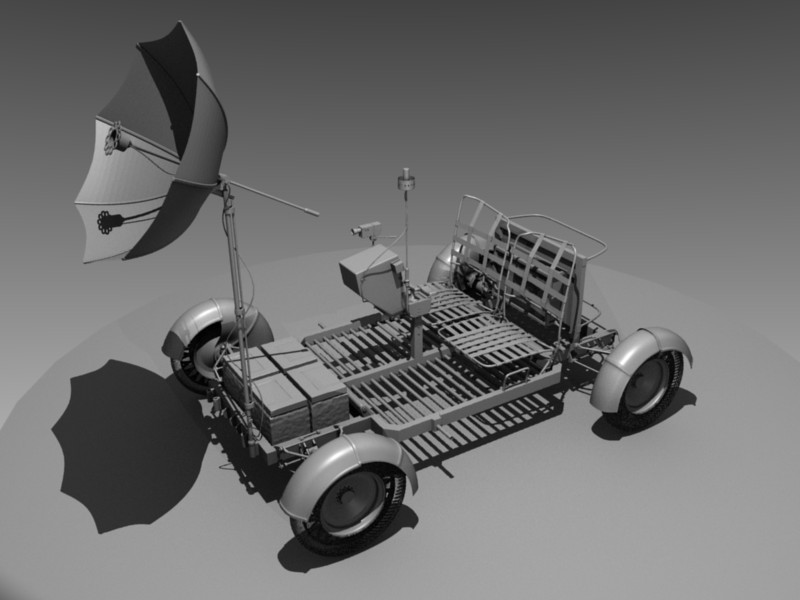 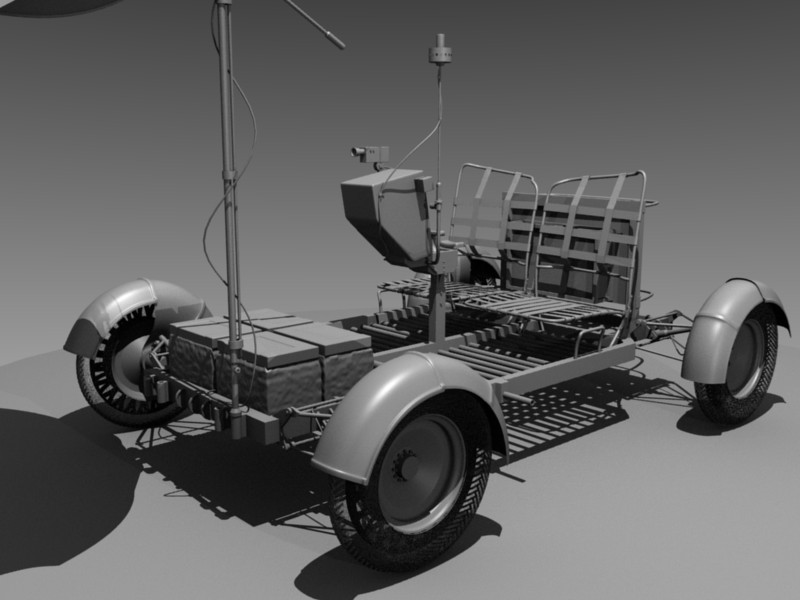 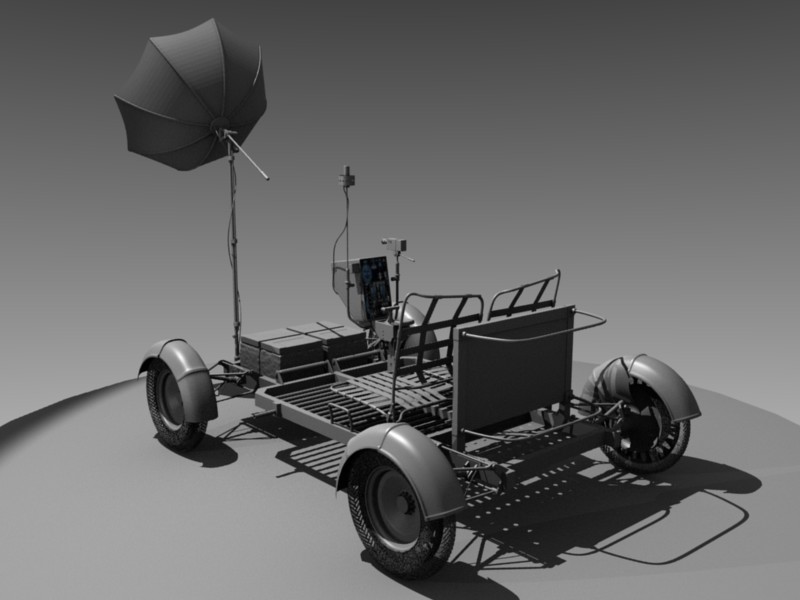 Here is a quick render test. Now I am off to texture. 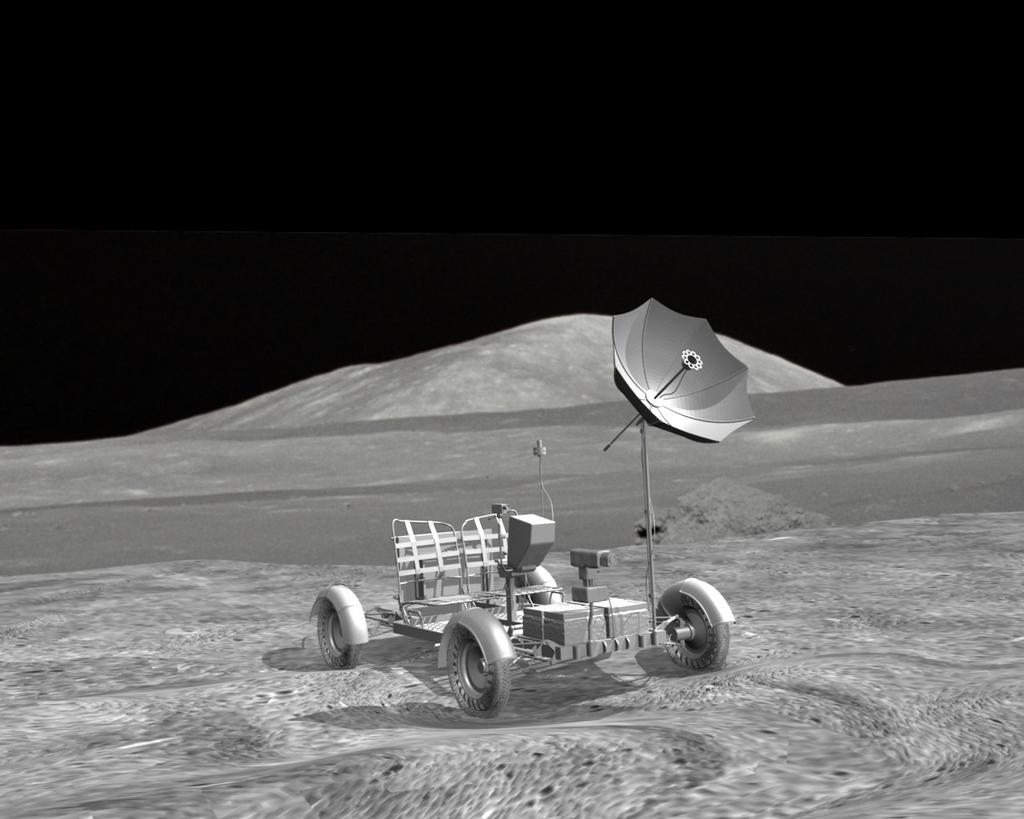 Okay I got a little time today to add some basic materials. Here is another render. All C&C is welcom. 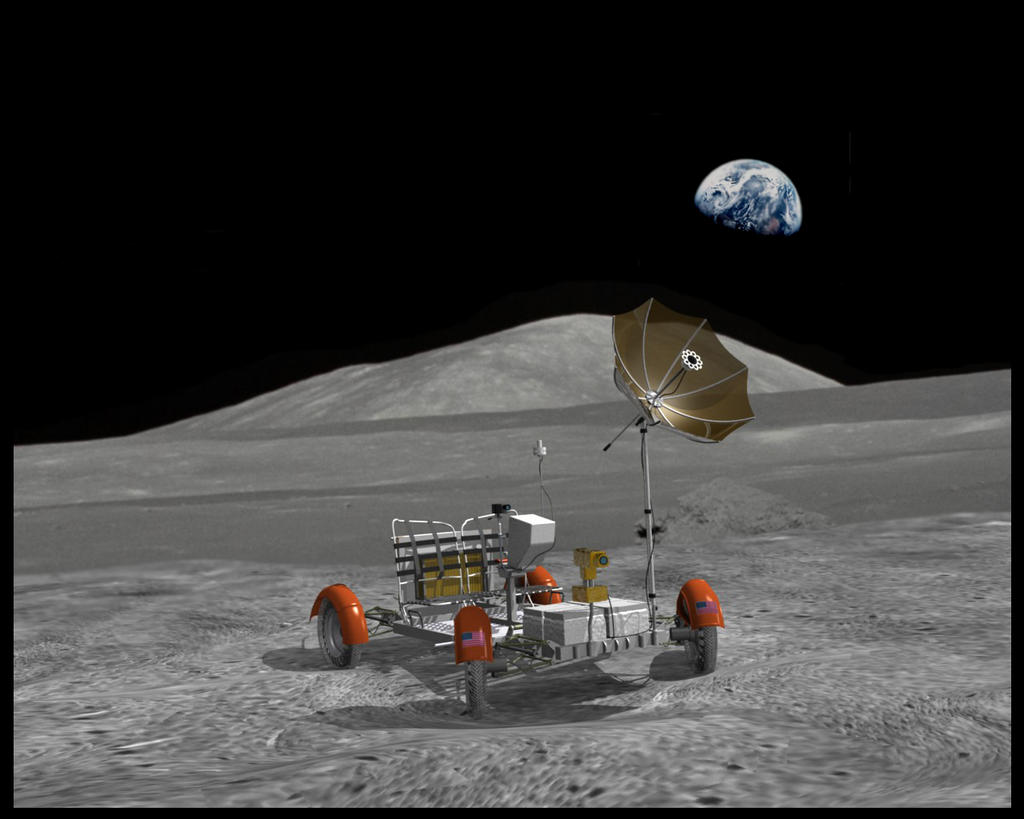 Anybody???
I think this render is missing something, but I can not put my finger on it.

Nice job! Now you just need to add some AO and you’ll be all set!

it’s missing dust!! The orange is veryvery shiny and clean, should it be?

Anybody???
I think this render is missing something, but I can not put my finger on it.

Thanks all
BumpyMonkey, thanks currently I have AO set with 8 samples
venar303, you are right it looks like it just rolled off the show room floor. How is this render?
Wereaser, well… that is the big debate. Many people thought that the lunar landings were faked and one of their arguments is that stars were never seen any photos. The truth was that the exposure was set for the lunar surface that reflected a lot of light. At those levels the weak light from the stars did not showup in the photos. 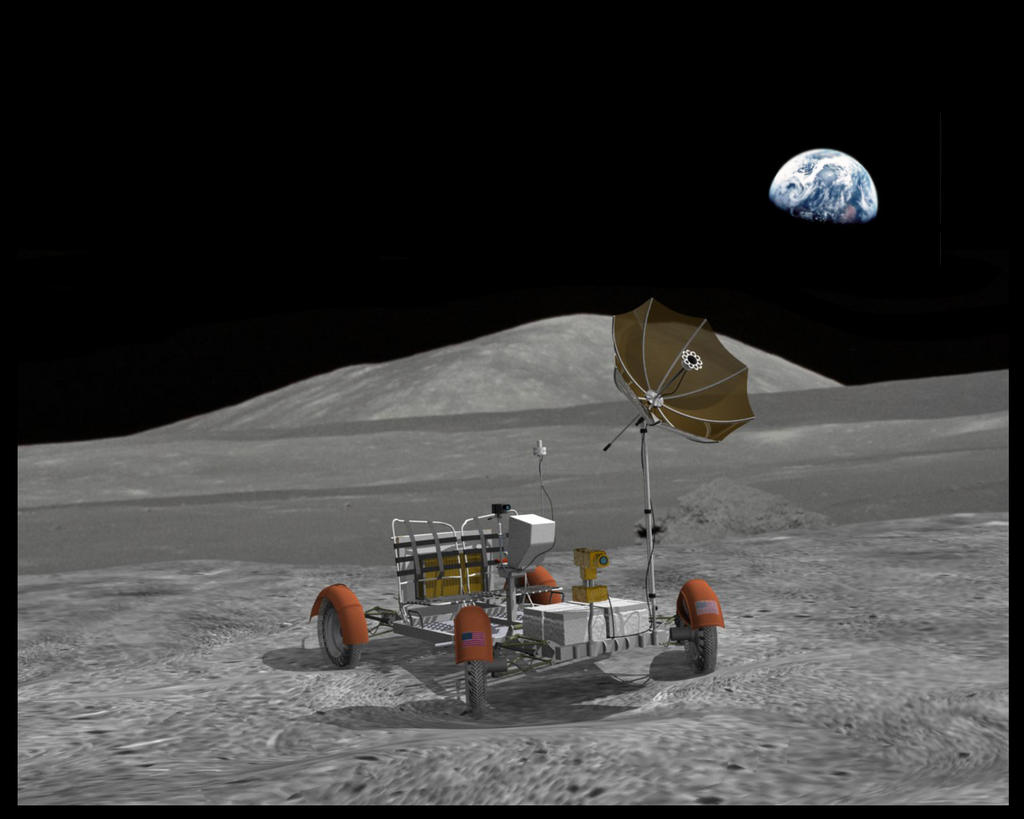 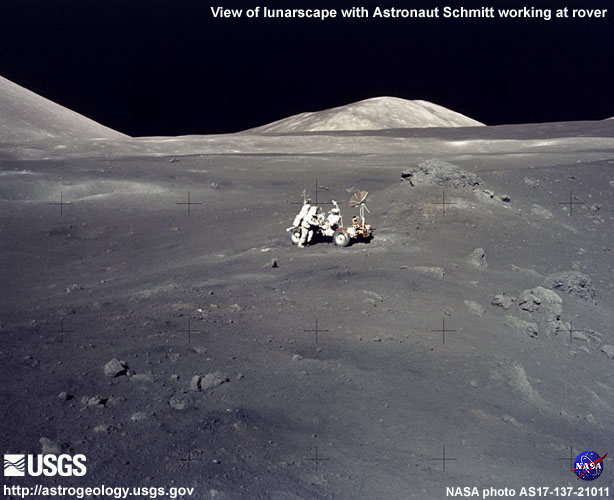 i agree with the textures.

also i think the tyres should be about 1 1/2 to 2 times the size they already are. and a lot wider.

try this:
http://www.michaelp.org/photos/kennedy_space_center/apollo_lunar_rover_trainer.jpg
and a cg version someone did:
http://www.perspectx.com/store/prodimages/LP0040.jpg

I tried first scaling down the ground texture and removing some of the strange looking cloud textures that I had added. I also beefed up the tires charlemcf is right (see attached reference photos with the wire mesh tires). 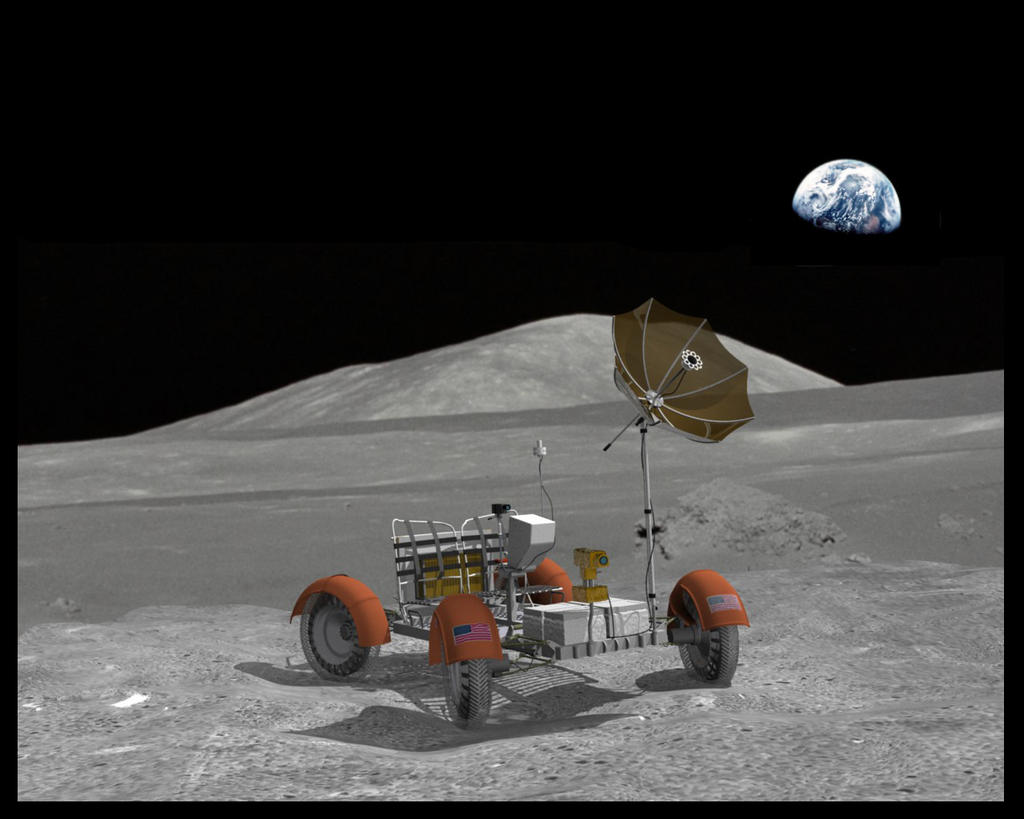 It looks great. The light on the lunar surface is much brighter. I agree that your lunar texture is really low res.

A night shot in Earthlight would be very cool! :yes:

Wow thats an awsome model. I think with some texturing practice (referring more to the models textures) it could look photo realistic. Nice job there

Thanks
Tea_Monster and Crititrozoz I am going to see what I can do with the texturing. Right now everything is setup very basic.