The most amazing modeling tool I have EVER seen

This ONE feature alone is the MOST AMAZING modeling tool I wish blender have.
As artist we draw what we want on paper, and if the contour is not right we rub off the line and re-create that part.

If only you could just DIRECTLY correct it the same way you draw.

Imagine being able to rotate to the view to see your model from a specific angle and just correct the contour there and then via simplified points and the surrounding surface will auto-interpolate [the same way you would draw with your hands], WOW ! WOW WOW WOW !

Keep on doing that and retopolize later and your model will be completed the EXACT WAY you want it to look.
Well YOU COULD, with this program !

Look at this AMAZING tool ! Can you guess what program is that ?

Try to do what you are seeing here in Blender, it would have taken the whole time wasting FFD setup procedure just to do what is being done here in less than one second ! [And we are just taking about replicating one of the many operations being carried out in this gif animation, imagine having to execute through all the FFD procedure for ALL the operations being shown here alone…I’ll rather be collecting stamps…]

Once you have experienced blocking out your shapes with a simple tool like this, you will never ever want to do it any other way again, not even sculpting, silly push/pulling via sculpting and having to rotate the model to see if you have push pull enough ? Forget that ! Just DRAW the contour out DIRECTLY and exactly where you want them to be from every angle ! Just imagine for a second how amazing it is to block out what you have imagined like this…

As an artist who primarily draws and not really into the whole clay sculpting trend from the ZBrush era, this is EXACTLY the work flow I wanted because this is exactly the way I draw on paper anyway, so direct, so intuitive !

Take a look at Bezier Mesh Shaper Add-on. It might offer what you’re looking for based on what I’ve seen in the video.

Yes I saw that plugin and it raised my eyebrow a little.

The idea is similar but the add-on you have mentioned is mesh dependent [you have to select the vertices on the mesh].

In the grand scheme of things it is nothing compared to what you are seeing here, this is a WHOLE OTHER level of intuitive modeling…or should I say…direct drawing ;p

this would be a nice tool! something similiar, we have right now, is the 2D falloff function in the sculpt mode! maybe it is worth checking out.
I know it is whitout the bezier curve, but it lets you edit the countour of the model depending on the view. 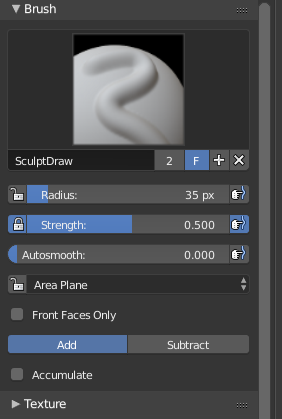 I don’t see that in 2.79B which is what I am using for production now.
Based on youtube videos of it, it still utilizes the whole sculpting procedure.

The FFD procedure shown in my video shows the perfect smoothness you could achieve with just a few guide points instead of the whole 2D falloff where after you’ve ran through the contour, you will be like “is it smooth enough ? Was my hand motion stable enough when I run through the line ? Maybe I should undo and move my mouse again and make sure my hand is more stable this time”.

I am not a fan of the whole sculpting thing compared to the amazing method shown on top.
I wish Blender have something as amazing as that built in.

I do not believe that you have a full understanding of the add-on. It’s been updated to offer mesh editing without selecting the vertices to produce a bezier curve.

It’s been updated to offer mesh editing without selecting the vertices to produce a bezier curve.

Ok this raises BOTH my eyebrow now…I am going to check out the demo page.

I am back, no you still have to select the points.
Look at his nose demo, it is a case of “let me just select one of the points on the nose to do the smoothing…this is ok…but maybe it would be better if I select the point higher then what I am currently selecting now”.
But I am definitely keeping an eye on that add-on for sure…still not as powerful as the video demo I have posted as those points are completely mesh independent.

you can try it in the 2.79 or 2.8 daily build in the buildbot https://builder.blender.org/download/

Yusss! Update 0.7.0. This update added new features, check them out: A new selection mode using projection – much like the mesh Knife tool does. To use this method you call the tool with nothing selected: [Projection selection mode] This way you can precisely select where you want the curve to start from, you just navigate your view and click to set the knots, then press Enter to start deforming. For technical reasons this is not yet available on meshes with shape keys. Knot radius su…

Thank you !
I am sticking to the stable builds for now because of all the add-ons I have.

To use this method you call the tool with nothing selected: [Projection selection mode] This way you can precisely

Oooooo, if only he showed those examples in the front page instead…now I have to scroll through the thread in the hope that there is a visual example of that.

PS: Thanks for the direct link !

In some limited ways you can shape models like that, using Lattice modifier. I’m not sure, how far you can go with the subdivisions of the cage - never used more than four.

This is not the most amazing modeling tool I’ve seen. This is a much easier version of lattice deformation, which is great if you like that. I liked that (deformation lattices in Caligari trueSpace) when I first started. Even with sculpt, I thought I would never get good. However, years later I started watching many videos and doing many models with box method (including proportional editing) + multires/subdivision and got good, so I can’t see this video and not think I’ll just have less ability to make the object change how I want. If you have some examples of your box method modeling (especially a video of your process, if your process is not as effective as the tool in the video) maybe you could show them, and people could give you some tips. Maybe you could start a post for that.

I know what your talking about. It would make sculpt made a dream when reshaping a model.

Maybe am missing smthng… but what is this “AMAZING” tool called? Got the link?

This is not the most amazing modeling tool I’ve seen

I would have to agree with this. This tool actually seems slow and cumbersome. A few extra steps just to do something you could do with proportional editing or sculpting in one movement. This makes me think of if proportional editing mode hadn’t been invented, this is how you would move around large chunks of points. Then one day proportional editing came along and we could simply drag them around instead.

Also, there is a tool like this in C4D called the Camera deformer.