I had no idea of where to post this so here goes:

Recently CarlG found a node in the search options of the shader editor called “squeeze value” that squeezes values around a centre point.

josephhansen pointed out that it is not in the documentation, but I found it.
………………….in the 2.79 documentation!

Maybe I am going crazy but it has occurred to me that it could be a GHOST node.
A node that has been lurking in the depths of Blenders code since 2019 waiting to be summoned by the search command and has risen from the dead to haunt us!
I have started to check underneath my desk to make sure that there are no nodes coming to get me.

Here is a link to Carl’s discovery, as it was going off topic I thought this phenomenon deserved a dedicated thread.

Hi guys, wondering what best approach to take when making this sort or mixed metal colour Materials and Textures

It could always mix those, but now it can expose the values going into the “color” without requiring additional nodes or clicking on the color to see its value. This version of the mix node is still missing from compositing nodes. But now I have, from the search menu, access to a mysterious “squeeze value” node that doesn’t seem to do anything. I’ve never heard of this node before in any context.

If anybody could shed a bit of light on this I would be great-full.

Has anyone else had an encounter with this node?

Does anyone know a developer who could ease my mind?

The node has been around since 2006 (I think this is the inital commit: 8dbefad45100, CC @guitargeek), but it seems to have been somewhat forgotten.
There was a patch to expose the node in the search, but looks like there aren’t plans to support it anymore.

I suspect it has been unearthed by the recent changes to the node search.

On the Windows 3.4 Beta build I’m using (Hash: 841460afcebd) it’s there. Do I need to be scared now? Maybe consult my witchdoctor? (There’s a Blenderguru, there must be a Blendervoodopriest or something… Whoyagonna call? -Blendbusters!

It doesn’t appear to do anything though. I have tried every combination of values.

It was probably introduced in 2.42 for shading nodes of Blender Internal materials.
It was never supported by Cycles.
Since 2.80, most of shading nodes have been hidden in UI for EEVEE, and progressively revealed along progress of EEVEE development to support them.

Clément probably made EEVEE support it, without questioning it.
But Brecht did not want Cycles to support the node.
https://developer.blender.org/D10891
It looks like taking a decision about removal, acceptation or improvement of the node was not a priority for Brecht, during past year.
So, it is still visible in in development versions. But it is hidden in official releases. 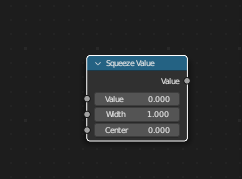 It worked for me in Eevee I didnt try cycles.

AHHHHHH it is a Ghost node! 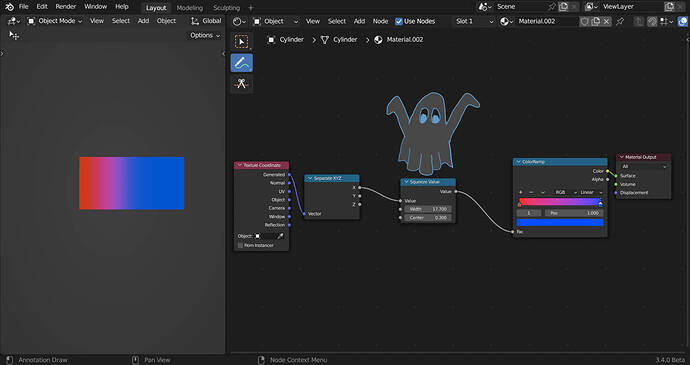 Since 2.80, most of shading nodes have been hidden in UI for EEVEE, and progressively revealed along progress of EEVEE development to support them.

There could be more!

There could be more!

No, I just checked.
EEVEE and Cycles are currently supporting a lot more shading nodes than Blender Internal ever did.
Only other node present in Blender Internal shading nodes and absent in EEVEE/Cycles was Lamp Data node.
There was no ambiguity that was partially redundant with some Cycles nodes ( Geometry, Light Path ) and partially relative to a light linking not supported by Cycles and EEVEE.
So, this one was removed.

No, I just checked.

Good to know, I did check the list as well.
It looks like the mystery has been resolved .

Interesting bit of history! Some of my recent refactors in this area exposed the node, not on purpose though. Sorry to spoil the fun

Sorry to spoil the fun

Hahaha ………. So it was the “Hoogly Boogly” man that resurrected the spectrum.
Sorry but your nick just adds the icing on the cake.

I would mark as solved but I can not find the solved button.

Thanks for the clarification and for sending the squeeze node back to the oblivion.

I would mark as solved but I can not find the solved button.

This is in the general forums, I think the solved button is limited to support.

so is there a way to “squeeze” a value ? for example i have a value from 0 to 100 and i want limit it to 50, but without being a rough cut, i could use “Greater than” from math node but i kinda want the end value to be smooth or ‘blurred’

Not sure what you mean by

end value to be smooth or ‘blurred’

The “squeeze” node has been banished again!
But you can use the map range node to “squeeze” and “stretch” values in a similar way.

use the map range node