UPDATE
little test using some elements I had

Ok, here’s something I made a little while ago and thought i’d share with you all
base head sculpt was done in scuptris then retopo’d in blender, the hat and bagdes were done in blender then everything textured and rigged. hope you like. 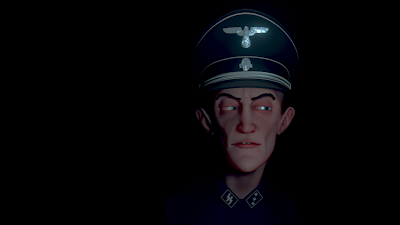 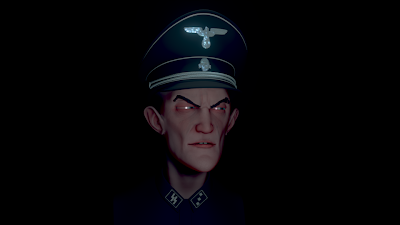 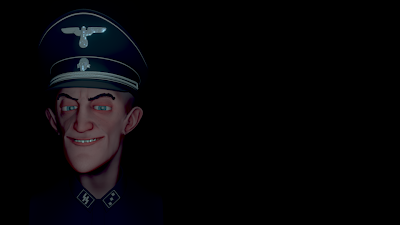 That is completely awesome! I love his serious face

That is completely awesome! I love his serious face

thanks for the comments people

Very cool character you made … your facial poses are especially good!

He would surely make a great villain in a game or short film.

Don’t feel so bad abot it. This is just just too advanced. Nobody dares to put critique on it.

Argh!! I find Nazis so much scarier than ghosts and zombies.

He looks so sinister.

Great work! He would make a great villain.

Great work! He would make a great villain.

thanks, yeah in an evil pixar sort of way.

Argh!! I find Nazis so much scarier than ghosts and zombies.
He looks so sinister.

was amazing, but not anymore… lol thanks for the comment

thanks, all who commented, means a lot:rolleyes:

My only critical comment is about the presentation, it seemed a bit too frenetic, I would’ve liked to see more animated expression changes rather than stills, with maybe one turntable clay-to-wire shot to show off the techniques.