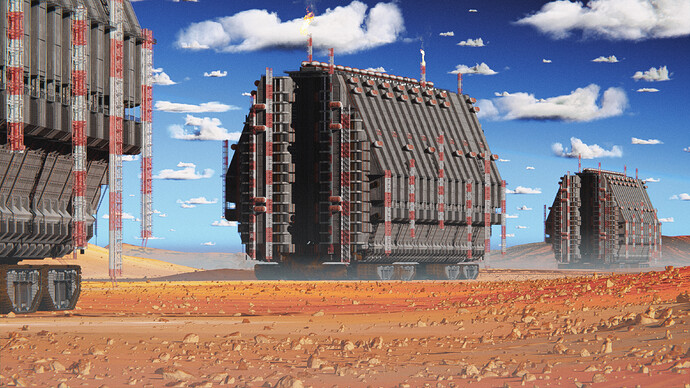 Would love to hear what you think!

Render done for cgboosts futuristic transport challenge
Long after the giant storms, the earth is not more then a large desert with the last few humans travalling through them in giant, tall vehicle convoys.
I decided to tackle this challange in the sense of big-scale transportation, which was quite a challenge. Especially the creation of the environment was very tricky for me to do and required many iterations. Though there were some though stretches on the way, creating this render was super fun and very exciting and a good opportunity to try workflows for big scale things.
The style of my render was heavily inspired by old sci-fi illustrations, with the very vibrant colors and the clear/detailed shape language. Over all im pretty happy with the final outcome though there would surely be some things left to tweak. 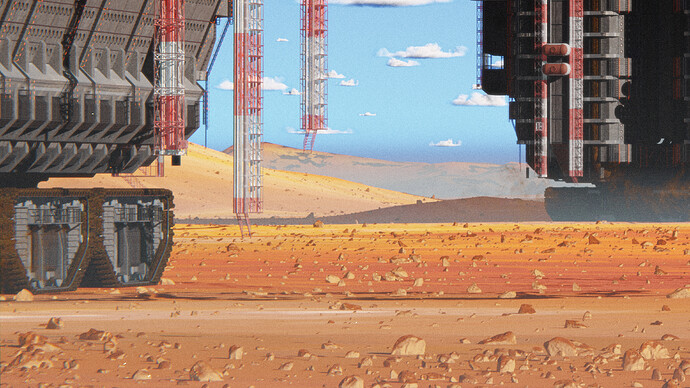 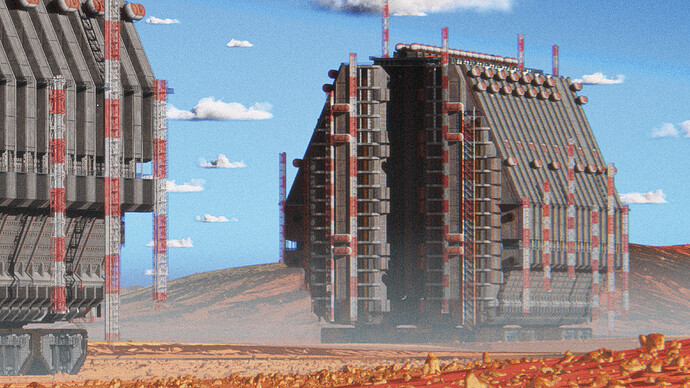 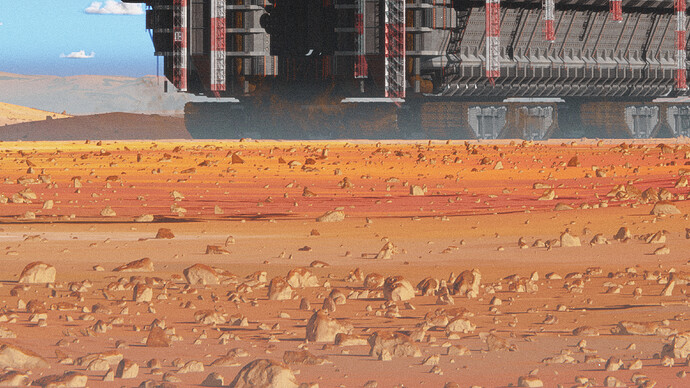 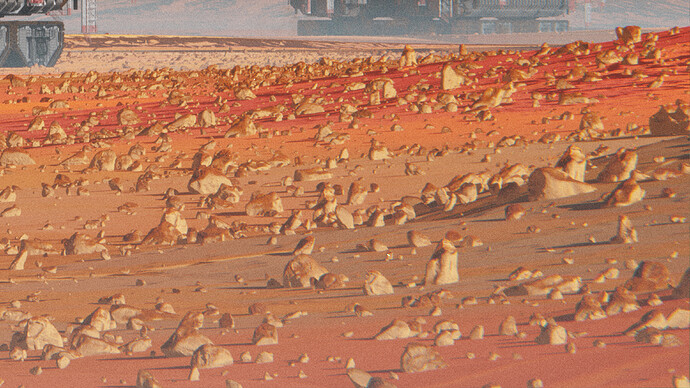 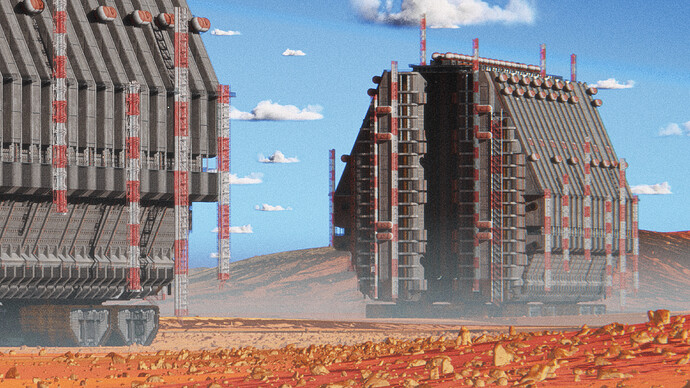 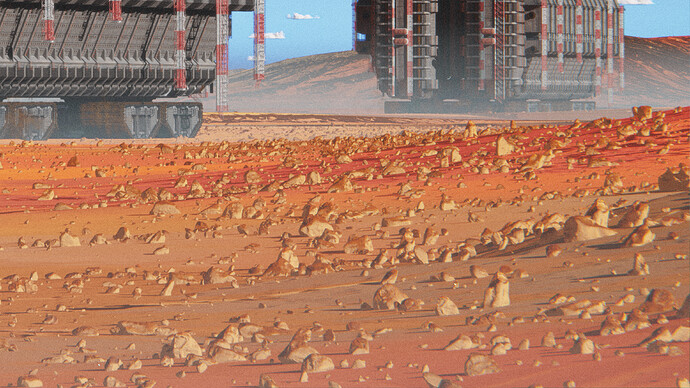 Im a young artist who likes to create art in any form: drawings, renders, animations or other stuff.

Thanks for reading, wish you a nice day!

Foreground could have some darker elements. Maybe some shadows from clouds? Vehicle at left could be in shadow too probably.

Its bit hard to say how big those vehicles are. They are nice though. Some sort of scale reference would be nice to have at scene. Maybe familiar vehicle like a old car wreck or ruined house.
(after looking bit closer i found there are some stairs but they are bit hard to see without zooming in)

Other than that it looks good.

Thanks for the feedback, appreciate that!
Clouds could definetly be improved, right now its only one cloud distributed over the whole sky, which clearly shows. Tho im still pretty happy with the result, some final touches definetly lacked due to there being a deadline. For expample I originally planned having some cars (functioning like tug boats just as cars) surrounding the convoy being attached to it via long ropes…
If i could have had more time to coplete this, I would definetly spend way more time lighting the scene and color grading it…