Hi, I’m Daniël, 12 years old, and i’m a beginner with Blender. I registered yesterday, and i’d like to know what you guys think of my Pink Panther.

Does it show now?

For a first showing thats good, keep up the good work.

You could try turning down “spec” in “shaders” on the material, see what you think

Yep C&C is crits and comments

But yea it apears the spec is to high. Giving it to much of a rubber look.

welcome, nice panther… feet are a bit square, and the way you have done the nose makes it look a bit “broken up”…

and like was said already, too specularity, makes it look plastic.

Here’s my better Panther. The nose was 1x Subdivided for Render, and in real, it was 2x Subdivided. I set spec to 0, and added some, you know, hairs on the snout. I couldn’t get the feet right, because i’ve already added Relative Vertex Keys with the cubelike feet

. Does anyone know how to change that in all of the RVK’s? Anyway, here it is:

well the materials re defenetly better.
the end of the tail is splitten. maybe you can fix that.
maybe can you post a wire frame ?

Yeah, I have got the 2.0 book and the gamekit, and I really want the 2.3 guide, even if it’s just the online Manual on paper. I prefer paper. But my dad’s still in state of denial about that

Hi Daniel, nice panther. He’s got a few small problems here and there, but overall he’s good. You could try rounding out the foot at the heel area, and smoothing the end of the tail, for instance. You could give the ears more defenition, but they already ‘feel’ like ears now, so maybe that 's not your focus. you could try giving him ‘mitten’ style hands, with a thumb, if you don’t feel up to full hands yet.
Nice floating eybrows!
If you want, you could try rigging and animating him now that you have him built. You could also try toon shading in the rendering and material options, to get him more like the original pink panther.

Thanks slikdigit for your analysis. But I have already rigged him, and that’s not too clever of me, since he’s not ready yet. And i’m currently building a city for an animation, like you said. But still, thanks. I’ll be busy with your tips for a while.

Good job, but the lower half of the legs/feet and the tail need to be worked on more as someone mentioned. Now that you have made the pink panther maybe you can also make that short guy with the moustache that he is always aggravating. For the tail, you can fix it by just doing extrusions off the end, and making them increasingly smaller, and closer together, all in the small region at the tip, and when you get to the last loop, weld it all into one vertice using ‘alt M’. 3 loops should be enough.

nice…ummmm…i think all the crits have been noted already.

:o
If you have 12 years I say that it is truly a great job.
You will become very strong with Blender!

i started using blender when i was 14.

age doesn’t matter, all that matters is skill and the speed at which a person learns.

I’m back! I was a little busy with school. Well, I’ve made a few improvements, but I’m still not pleased with the head. Can you lot give me lots of c&c? %| 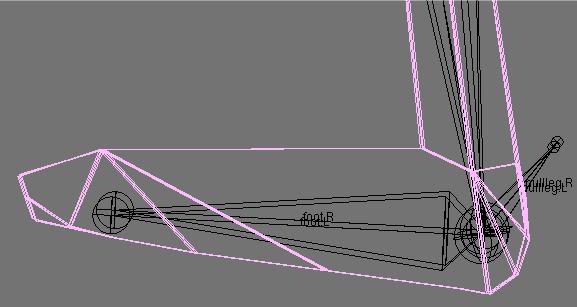 And here are the screenshots of the head: 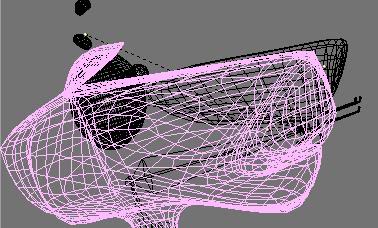 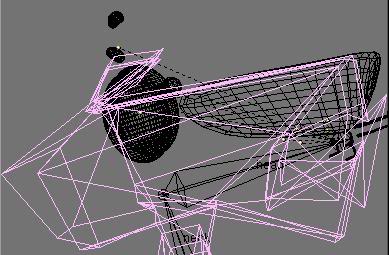 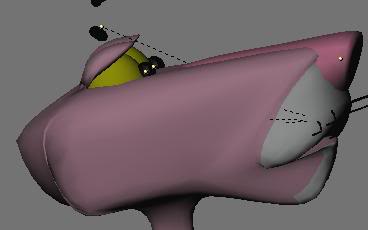 PS: I don’t know what the black thing on the nose is

Yo there! Welcome to Blender!

Anyhow, I think the head needs to be a little less square, and the eyes… the eyes… me thinks they need a different shade of yellow. The nose looks good but you can still see the mesh seperation, maybe you ned to round off the edges and raise it slightly above the face. Other than that, I think the shadows on the body are just lighting. Also, that black splodge… it looks like some stray verticies from one of the meshes that aquired a toon outline. Check through the meshes and see if you just forgot some of the points when deleting or something.

Here, I’ll state here what I said in the News section:
AGE DOESN’T MATTER!
I like the panther because he has character

Oh no. If I put out crap as a newbie I will be dragged in the desert by wild horses!!