The Rider of Valniathys [RPG]

Hey everyone! So over the past few weeks I have begun a serious attempt to create an RPG. I understand that it will probably be impossible for me to make the entire game alone, but I hope that over a longer period of time I will be able to slowly but surely add more and more to it. I have tried to make a large scale FPS game before, and so from experience I know that there’s a good chance that I will not even get to a legitimate ‘alpha’ stage for this game, but I’m determined and I really want to see this game through. I don’t have many photos to show yet because I don’t really have any of the graphics done yet, just some gameplay mechanics, but I don’t want to make a thread with no content so I’ll what I have so far. But first, the premise of the game.

Ok so way back hundreds of years ago there were a bunch of great dragons (my game makes a distinction between great dragons and ordinary dragons). One dragon, called Ahgerzgrav, went on a rampage and killed a lot of dragons and such, until Valniathys, essentially the king of the dragons, and some of the last remaining great dragons imprisoned him within a mountain and drained his power.

Hundreds of years later, general Rynios Pethrovus of Navgarin, a powerful half-elf sage, overthrows the king of Navgarin and starts an empire. Spoiler, his aim is to take over the entire continent, but more importantly, to awaken Ahgerzgrav as he sees himself as destined to do so.

The player starts out in a town that has been taken over by Rynios. He escapes and joins the resistance. Eventually, you learn about the legend of Valniathys and Ahgerzgrav and it becomes your mission to seek out Valniathys and ride him into battle against Rynios and Ahgerzgrav. I mentioned the difference between dragons and great dragons, well essentially I want to add a whole dragon riding mechanic where you get a dragon and raise it and eventually you learn to ride it. I actually don’t think it will be all that difficult to make, either.

So here’s some pictures of what I have so far: 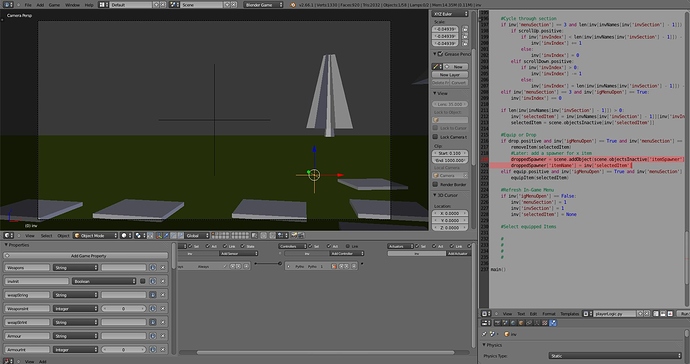 A picture of my code lol: 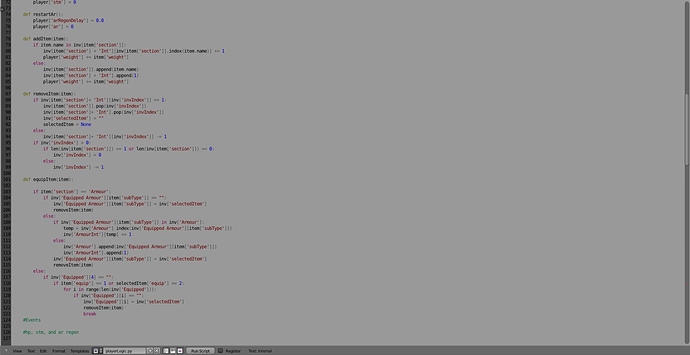 A head that I made following a great tutorial (https://www.youtube.com/watch?v=86JiuZpbi_w) That’s all I’ve got for the time being. I really want to make this game so I’ll be sure to update when there’s more to show. But that will probably be in quite some time because I want to get as much as I can of gameplay mechanics before I start making models/textures etc.

A ambitious start,
As long as the hammer keeps ringing, the swords get sharper

Wrectified was WAY over ambitious, but now I can make a normal game in minutes,

If your arrow falls short of your target, don’t fret, when your aiming for the sun

It sounds like a great game I am exited to see the finished product, keep us posted.

Question; should I just edit the main post or should I add new replies?

So I made some weapons. This is the set of iron weapons. No textures yet. How do they look? Note, they’re all pretty low poly because I figure people don’t expect too much from an indie game. I might eventually overhaul the graphics, assuming I ever finish the game. 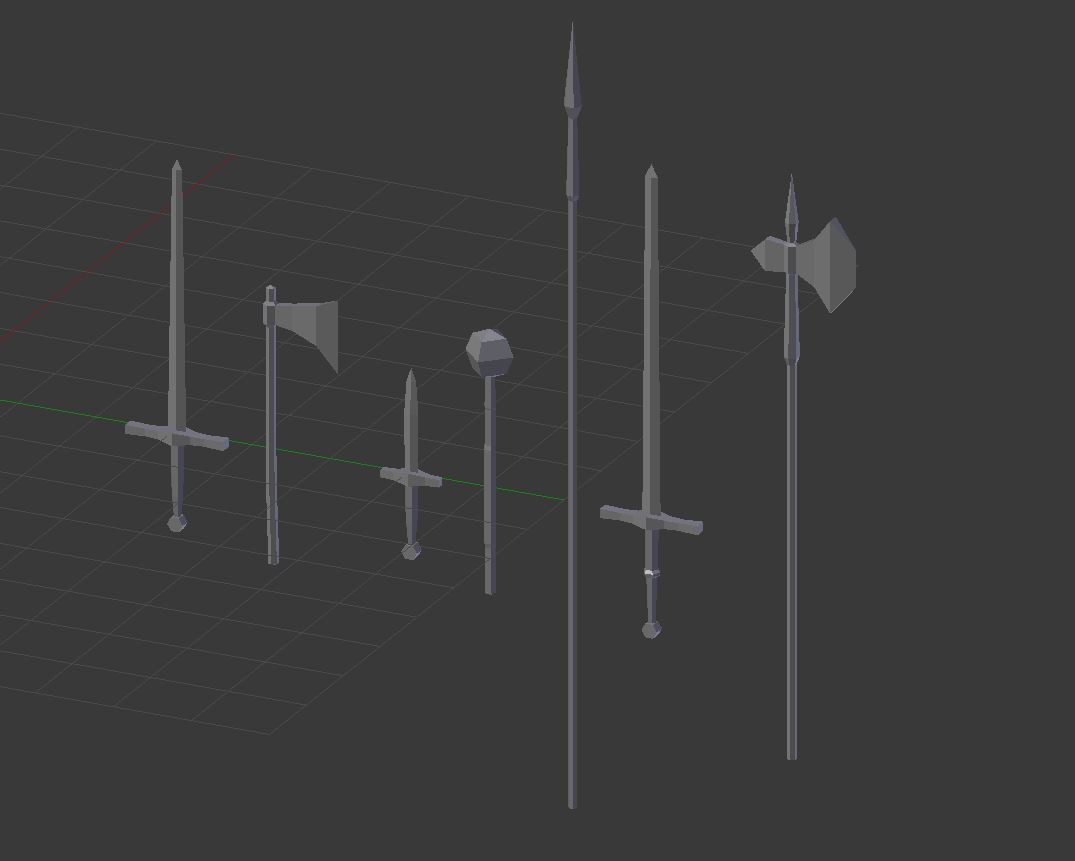 They look great, keep up the good work.

Good luck on the game;)

About the level editor, I think I can do that kind of stuff on my own just by making sort of ‘modular’ models, kind of repeat the same models in different towns and stuff. As for the open world LOD shader, that’s definitely something I’ll need

Update: Textured the sword. I don’t really like modeling and texturing that much but I’m happy with the result. It’s got a diffuse, normal, and spec map. Any tips?
Also, when I textured the handle, it wasn’t really seamless so it looks weird on one side but it’s not in the picture. Also I feel like the way the smooth turned out looks weird, I ended up making a bevel but I don’t know if it helped. 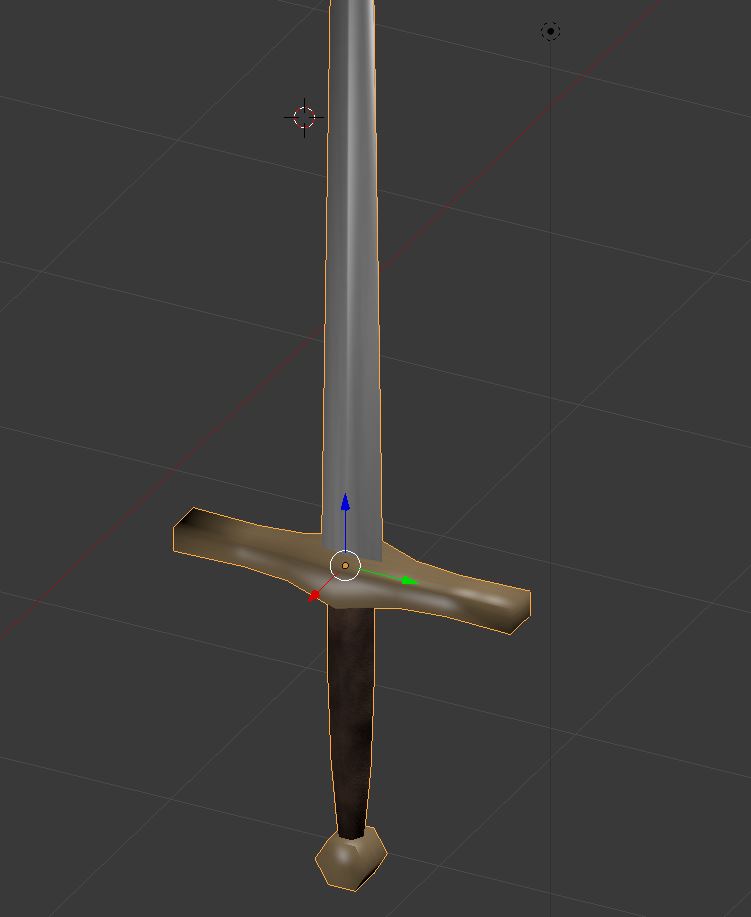 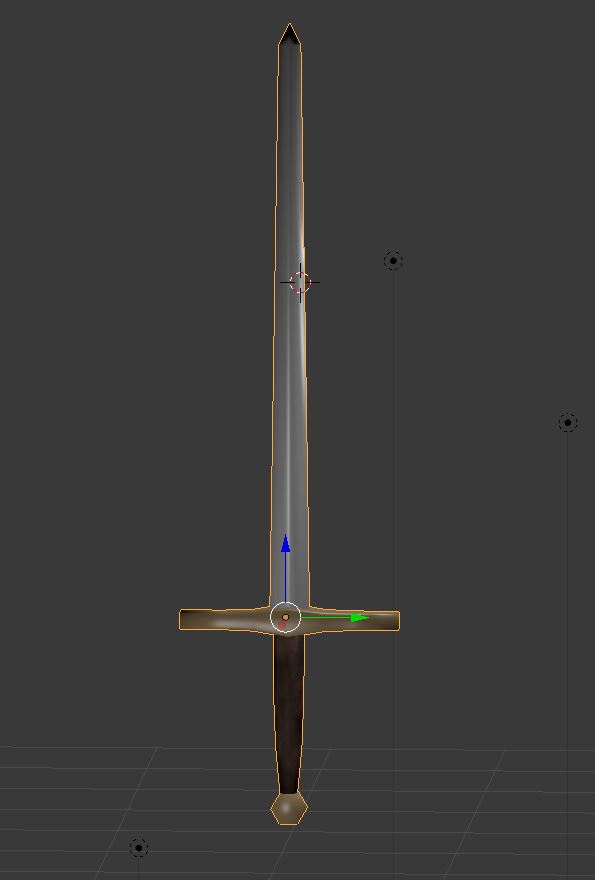 It looks good, but I think the hand guard (cross guard) and the pummel are too shiny, because with most swords the entire handhold is generally dull. But the actual blade should be that shiny as long as it is in good condition.

Ok thanks I’ll turn down the spec on those

I’m also going to be changing the texture of the leather a little bit.

I was going to say that it looks like you have smooth shading on the whole ssword. You should Mark sharp on these types of edges on the sword I think. Giving you a good sharp edge where you need it. Rather than the whole thing being smoothed out. Jst my opinion. But great job overall. 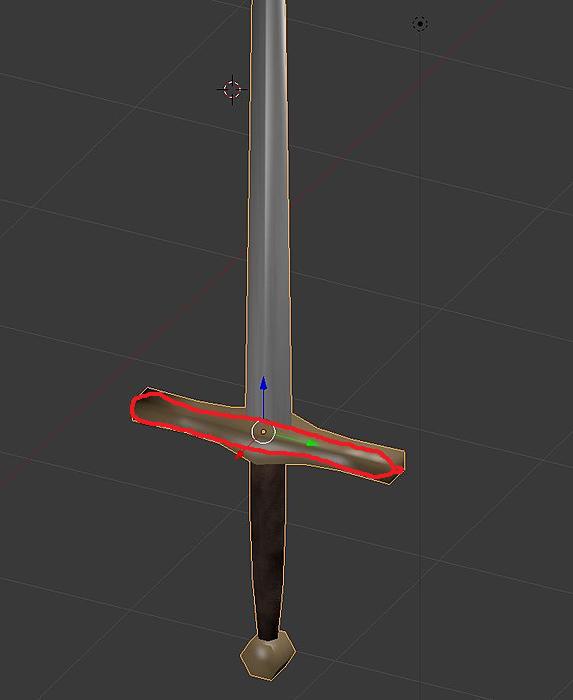 No I totally agree I actually tried mark sharp, and it didn’t work so I did bevel. Apparently, that didn’t work either.

Probably the last update before I go to school and have way less time to work on this. I might make a video when I make AIs, menu, HUD, etc, which will be in quite a long time. For now, I finished the iron weapons. I’m really happy about this because modelling and texturing are my least favourite things to do in game development but I really enjoy programming, so now I’m going to make character models to get that over with, then finally I can code AIs 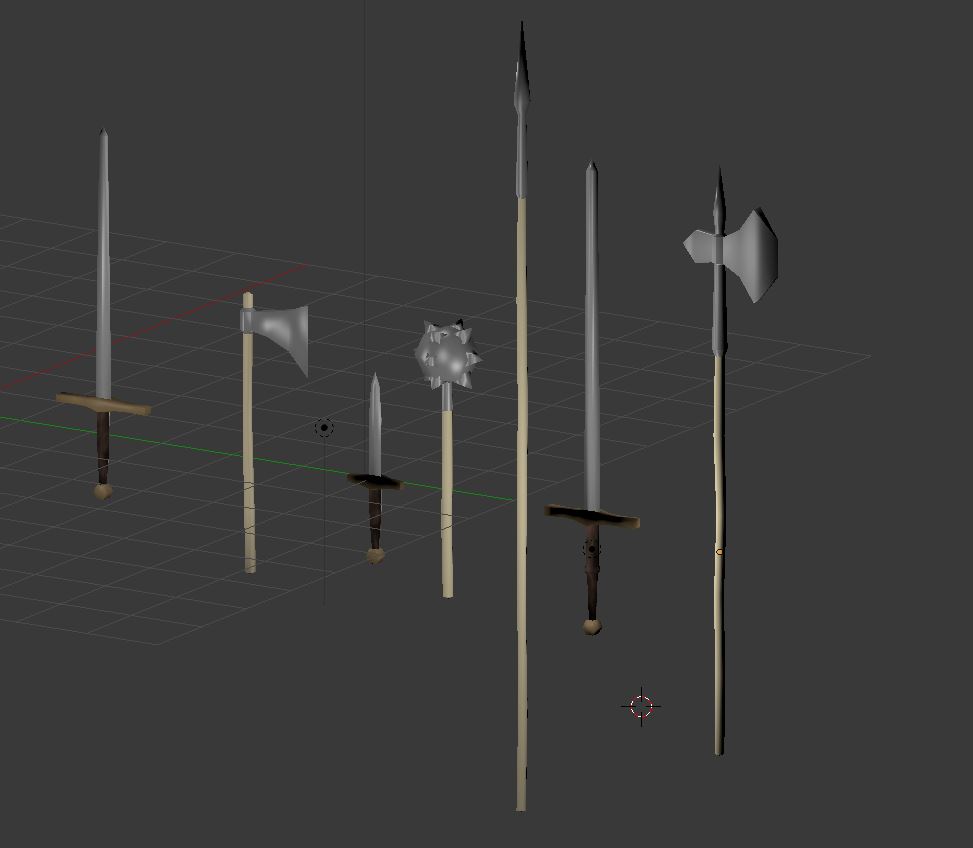 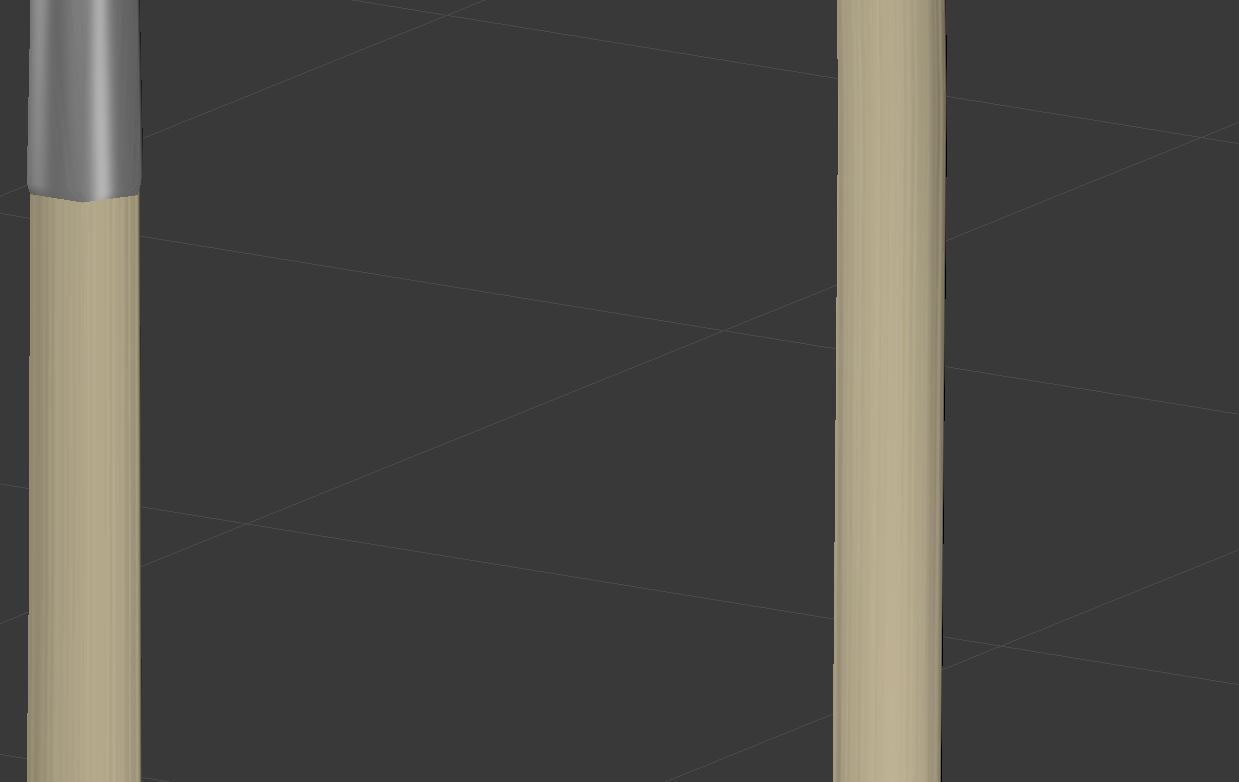 Sorry about the thumbnail thing, that was from an older update I put it in by accident and I tried to delete it but it didn’t work. 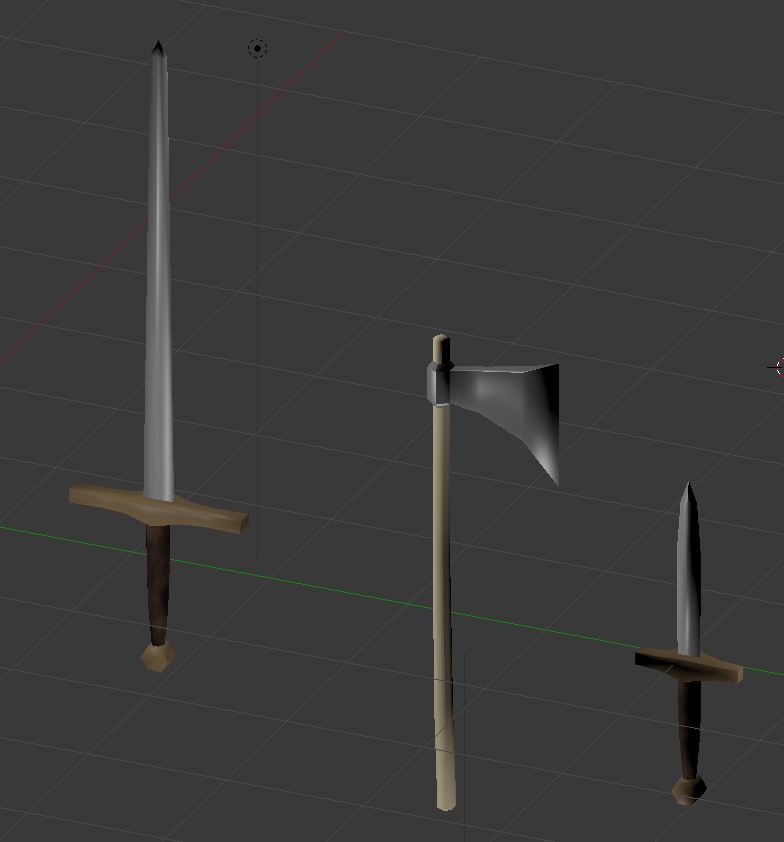 They all still look great but I would suggest making the knife blade A tiny bit longer (very small amount) and I would make the cross guard a little smaller (on the y axis). These are just my own personal preferences so you do what you want I am just giving suggestions.

Sure I can do that

I started making the base dragon model. 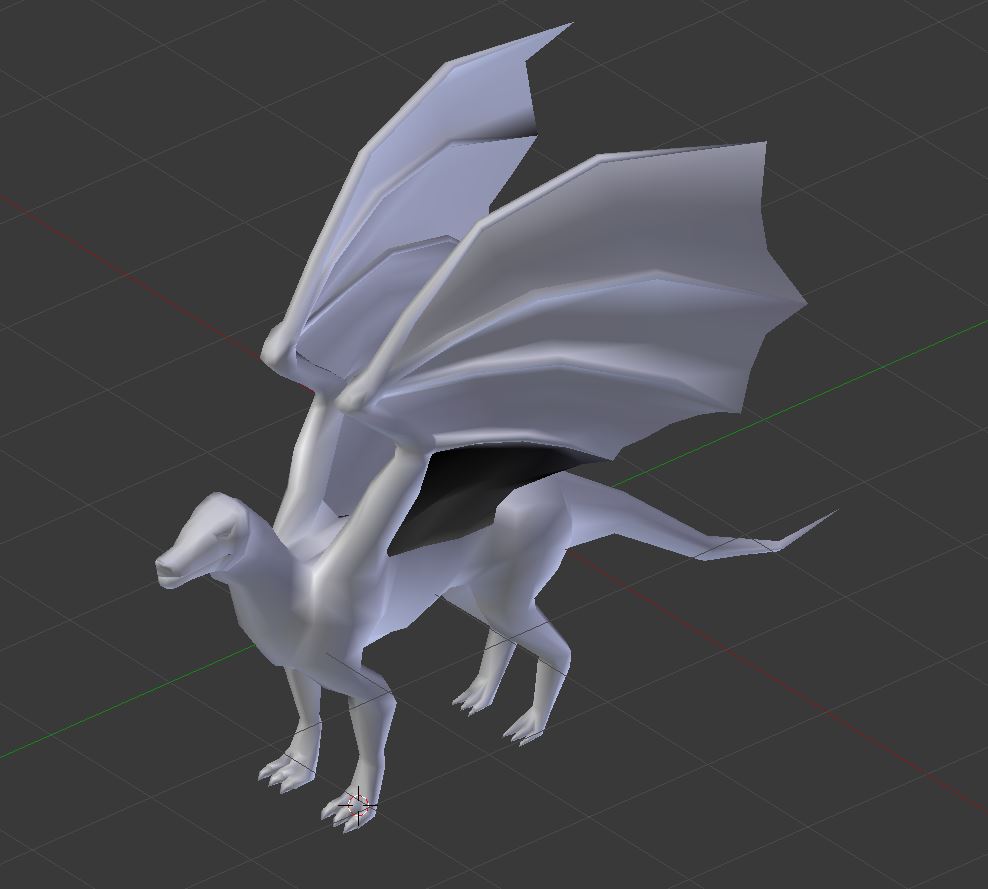 Closer view of the head 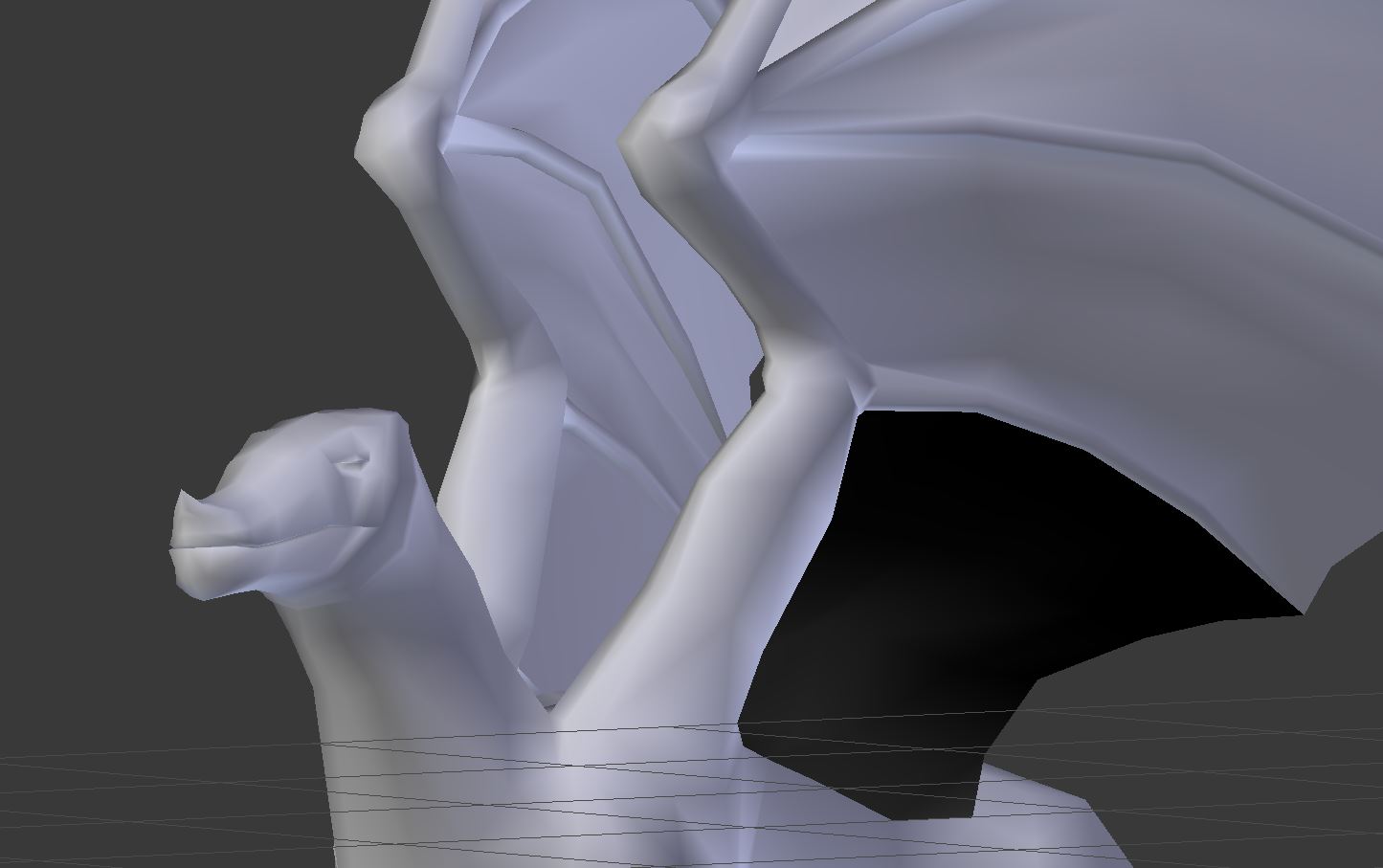 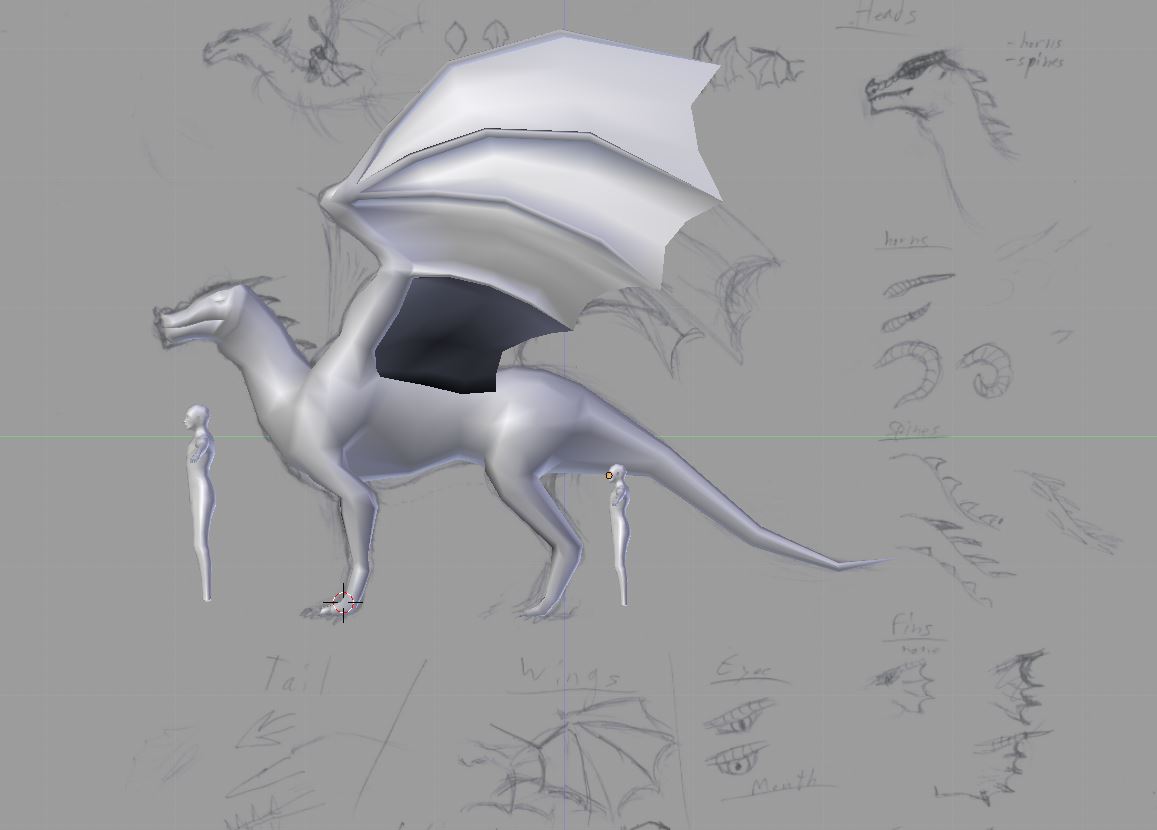 Looking good, looks like you may have a flipped normal on the wing, directly next to the body,