The Rise of the Unnaturals: World Building and Game Development Thread

Greetings and thank you for taking the time to check out this project. This introductory post will be revised in the future as nessacary.

Blender
Zbrush
Gimp
Krita
Unreal Engine 4 (though considerations are going out towards Godot, Armory3D and UPBGE)

Once again, thanks for stopping in. Stay tuned for more. 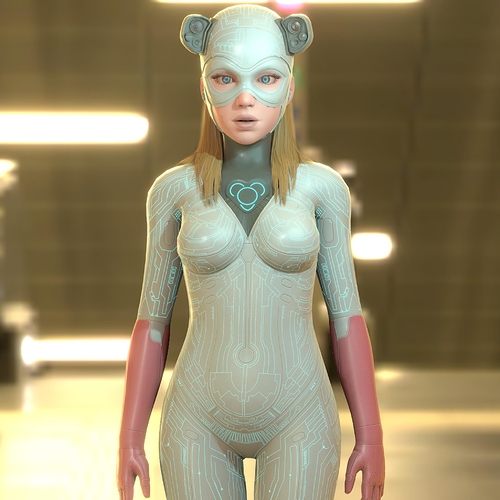 As the first post is more of an introductory and to demonstrate this is not a repeat thread, another character is in the works. 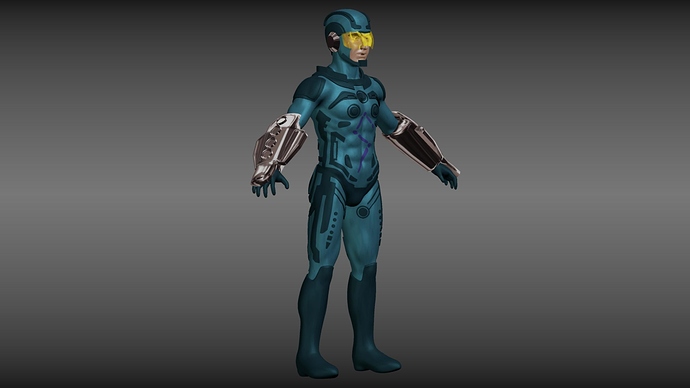 I will be following this with interest. I remember the work in progress thread for your Mouse character.

@safetyman: I hope not to disappoint. Thank you.

As seen in my last post, I have recently started a new character. Seeing this as a good opportunity to add some other content besides updates to this thread, I will be adding a series of images and posts displaying an overview of my character design process as well as some notes. I understand it will be pretty basic material for some, but perhaps newer artists will gain a bit of insight from it. 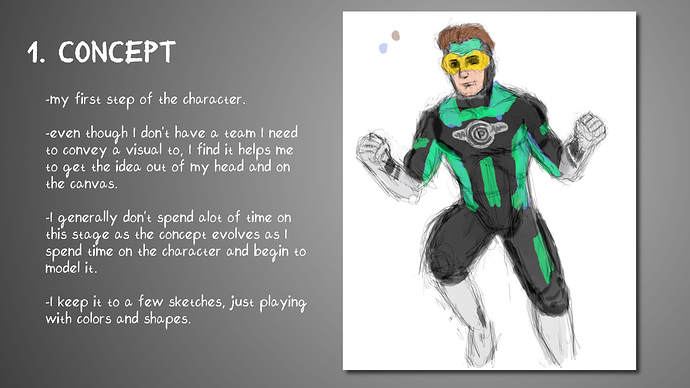 The first step is to get the idea out of my head in it’s purest form with as little outside influences as possible, drawing rather from memory of things I’ve seen in order to get the most unique idea possible for the base concept. In the case of this character, I wanted him to be younger and lean with a medium build. I wanted a fairly traditional “superhero” feel. His ability was to be focused around large amounts of kinetic energy generated from his heartbeat. This lead me to a colour palette influenced by a heart rate monitor. I was leaning towards a really over the top name like “Pulse Overcharge” as he would have a lot of burst attacks and be quite energetic. As of now I am the only one working on this project and cannot prioritize the time to create really polished concept art. As soon as I have a strong idea of the direction I want to go, it’s time to move on.