I’m Ben, an old blender user (started with the good blender 2.25 “publisher”…edit : yes, it’s not that old, actually). I’m not used to post here, but I’ve just finished a work with the blender game engine, I called it “The shrine”. I’ve been working on it for months, so I’m happy to show it to you!

About “The Shrine”: This not really a game, it’s a walktrough. The scene takes place in an old japanese Shrine… It has been a long work: I made it from scratch, I just used textures and the Mouselook.py script. Modelling was done in other software than blender, but it could have been done in blender as well. I especially focused on lighting, and how to bake correctly light and reuse it as textures… I also wanted to use GLSL, to have nice in-game reflections and speculars (more than 10 lamps in this scene). Using this amount of polys and textures have been quite a challenge of optimisation…
I post it under “game demos” because this is supposed to be a beta version: I’d like to add a gameplay, sounds, and improve optimisation later.

How to play it: Download the archive with the link below, unrar it, then run the .blend file. Of course blender is needed to make it work.
(made with blender 2.58, any version of the 2.5x serie should work as well).
Use the mouse to look around, and the arrows key to move.

Performance: Because of a lot of polygons and textures, you need a good computer to run it properly. Usually, the framerate is very slow at starting, but a couple of second later it’s playable.

Pictures :
(screen caps from the game) 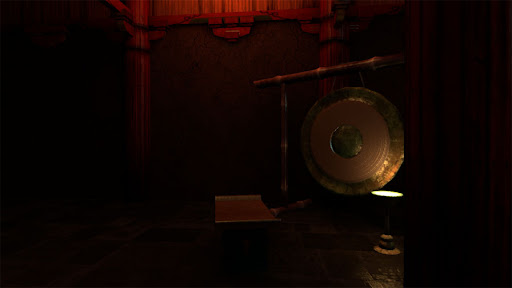 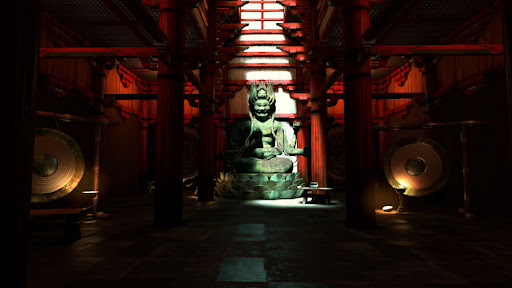 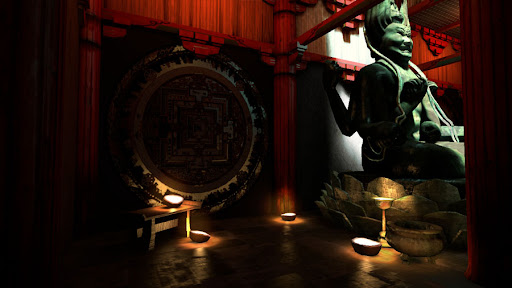 If you play it, please tell me if the framerate is too slow, and if it works properly :]
I’ve been waiting for finishing this for a long time now, so feel free to comment or ask any question you want ! I could tell more about the way I made this, if you’re interested.

I almost thought those screens were real life, and it looks just as good in the game engine! great work man, i’ll be keeping my eye on this. Oh, and constant 60fps after the intial loading stutters.

waaaaaa! where is the exit???

heh - nice one, i like it, working good on my device.

Good job! It runs smooth and looks really good. I want to see more of your work in the future. :eyebrowlift2:

Crud, it freezes on my computer before I can turn around to see the full scene (I have a cruddy graphics card). Still, it looks great. Do you mind if I post the pictures on IndieDB?

Thanks!
Glad to read that it’s working fine on most of your devices…

sajtafari : finding the way out could be part of the gameplay… if some of you have other ideas of what could be the gameplay in this, feel free to propose :] I was thinking at something like finding hidden objects, use them, little puzzles… I have no precise ideas yet

arhusebo : Yes, I will post new things soon… I already have a new project in mind; next time I’ll show it more earlier so people can see it before it’s almost finished and post comments or critics

SolarLune: sorry to read that you can’t play it properly

And about IndieDB, yes it’s a good idea, of course you can post the pictures there ! Is there a way for me to update it later (if I make a newer version, or a standalone?) If not, I’d rather create the topic by myself :] Thanks for proposing anyway!

My old laptop has Radeon X1350, game is not playable. 10 lamps per scene is way too much for older hardware. Nice graphics and climate though.

This is fantastic. It’s a great demonstration on what a game engine like this can produce with the right kind of artists. Amazing work, I’m looking forward to see more in the future!

@benj - No, there would be no direct way to update it other than telling me, so go ahead and post the images yourself. That way, you can update it when necessary.

it ran here at 50 fps, the graphics look great, you could add some filters to increase the graphic quality. but it would be even more heavy

Love the renders… hard to believe they are realtime…