This is a still shot from the ACM Awards that aired on US Television. There are two huge video screens behind the performers. On them there are two snakes, this one was purchased, the other one was modeled by Jonathan Mafi. Both were animated in Blender and rendered with EEVEE. Jonathan Mafi lead artist for Allucinari in association with Raj Kapoor Productions.

Musician is Eric Church singing his song “The Snake.” 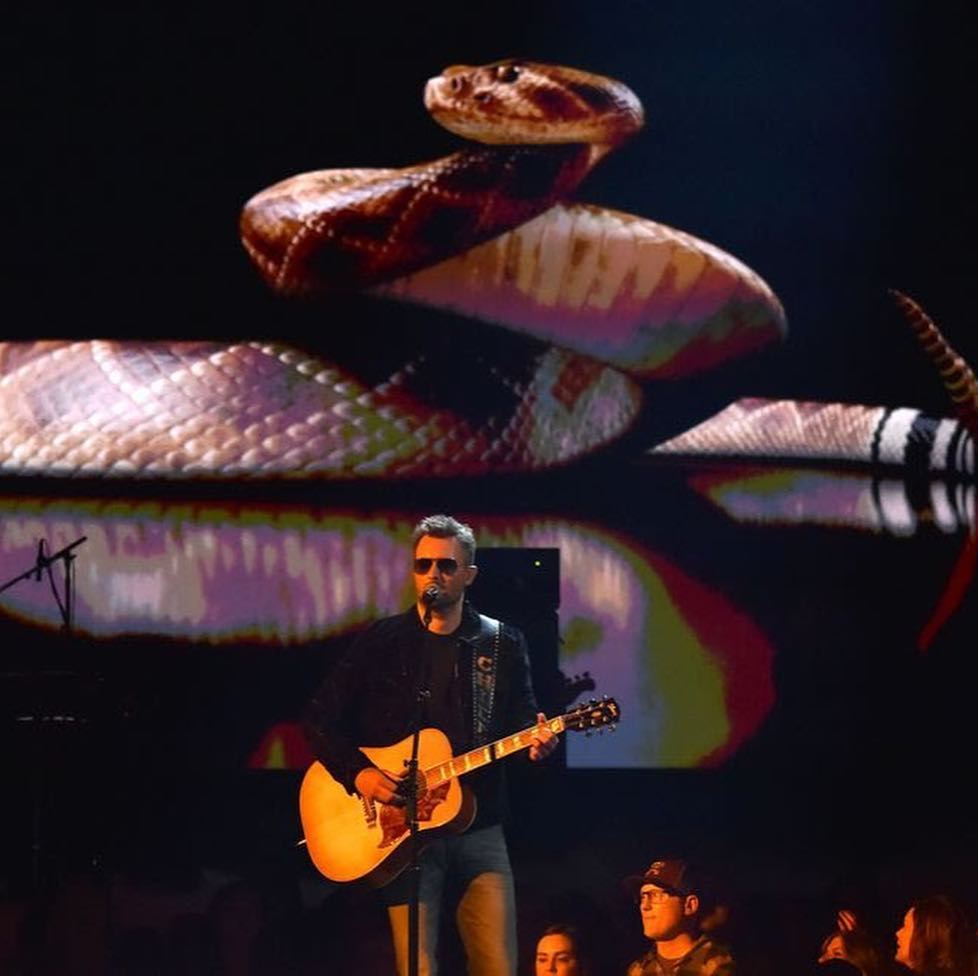 For those in allowed countries (to view), you can watch the animation here: https://www.cbs.com/shows/academy_of_country_music/video/8tbI4fkOY9vYjNkJKHZszF1NJRFJIaE_/eric-church-and-ashley-mcbryde-perfrom-the-snake-at-the-54th-acm-awards/