Here will be the progresss of the movie titled: The Summoner’s Trumpet. If you wish to help post in Movie Help? under Off Topic Chat. Enjoy!

Here is the script and camera motions:

Camera starts out moving across a field in a park. It makes its way towards the statue in the middle of the field. The statue is of Abraham Lincoln. The statue is surronded by a metal fence. The camera stops in the front of the fence (statue is facing the camera).
There is a boy sitting on the ground in front of the statue. Everyone (about 15 people) is staring at the boy whispering. The camers zooms in on the boy. It looks down onto his lap. In his lap are papers. On the papers are music.
He picks In The Hall of The Mountain King. The camera goes back into front view. He sets it aside and puts a briefcase on his lap.
He begins to play. (music plays) As he finishes a creature comes from the skay and lands on Lincolns head.
The camea looks through the eyes of the creature. (moving back and forth) Everyone runs.
Camera looks at boy and creature. All of a sudden, the creature attacks.
Title slowly appears.

Here is the original sketch and model from the script. 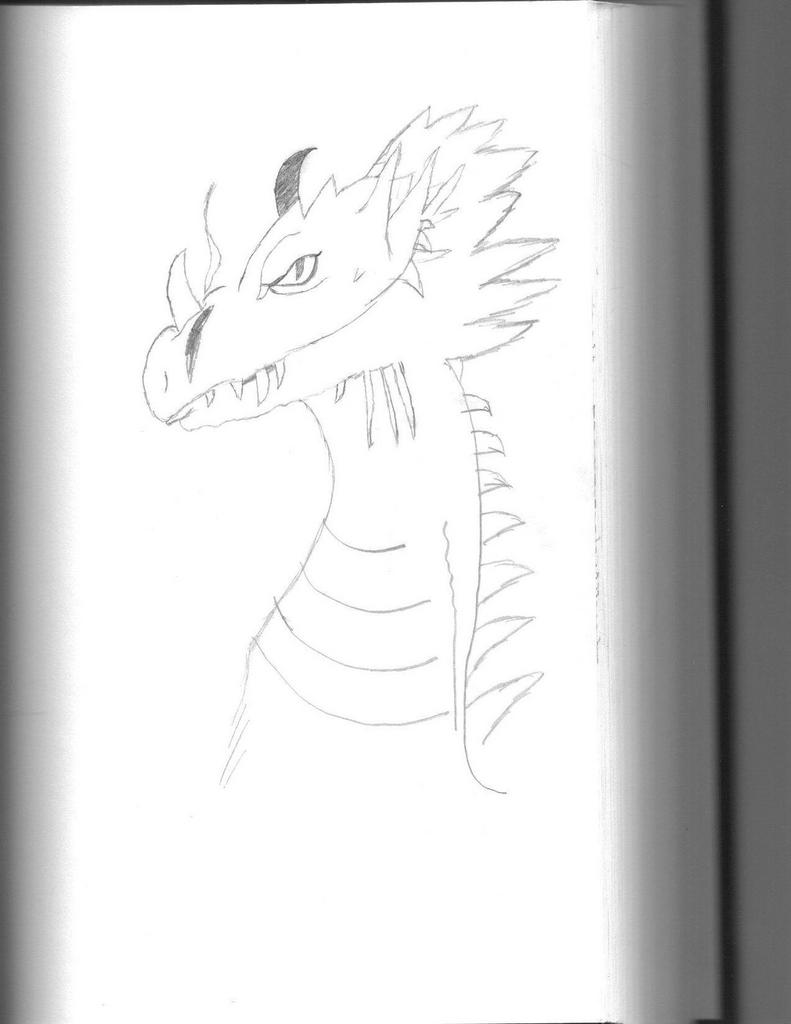 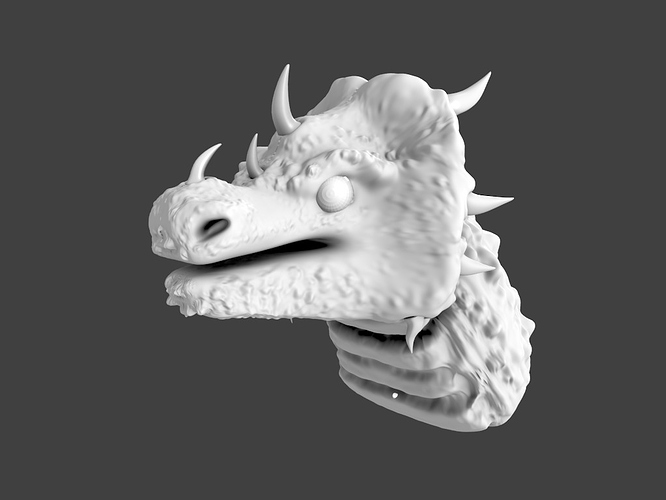 i like it a lot. only crit is the eye seems to be sticking out to much. try to bring it in more or build up around it. right now it doesn’t look like part of the face to me. great work!

i like it a lot. only crit is the eye seems to be sticking out to much. try to bring it in more or build up around it. right now it doesn’t look like part of the face to me. great work!

I am glad you like it my and my team 1 other person did this. I only did the sketch he wants to do other concept art.

Off to a good start.

I think with the eye you need an eyelid - probably two - similar to the concept art. Especially if you want to do any close ups of the dragon head, which you should by the way. With the eyelid coming down over the eye you can get some anger or other emotions showing through. I would have both upper and lower eyelids that would normally close by meeting at the centre of the eye.

well u fuk it all up in my opiniion when you attack.

dunno what my last comment wast about, sry, the dragon looks great. Off on another tangent.

You need a sketch - and model - of the whole character.

I would suggest first finishing that, getting it rigged and then run some animation tests with it.

You need to study writing screenplays. The above is not a script, but a description. Nothing wrong with that. But a screenplay is the universal reference for a crew. If you want help it is better to finish the entire script in screenplay format so it can be broken down and organized. It takes quite a bit of organization to get people helping.

There are plenty of resources on the net to learn about screenwriting and preproduction.

The reason you format it is to break it down and organize your production:

Here is a wiki:

Breaking down the script

The process of breaking down the script occurs after the producer reads through the screenplay once. The producer or a first assistant director reviews the script, and marks certain elements that need to be taken care of before production, or even before pre-production can begin. Each scene, as per slug line, is measured into 1/8s of a page by its number of inches. Most pages of a screenplay are eight inches, so each inch is an 1/8, even if a page exceeds eight inches. The number of 1/8s is then ...

And how to break down a script:

Here is a great resource:

Google these key words and look around.

Find answers to all your CG Questions anc catchup on the LATEST CG News,...

CGSociety's Forums archive bring you the worlds LARGEST, most EXTENSIVE and COMPLETE archive of information from CG Experts.