The treasure of time

Simple artwork I made in around 3 days but for now I feel satisfied. Hope you like it!
I would appreciate your feedback. 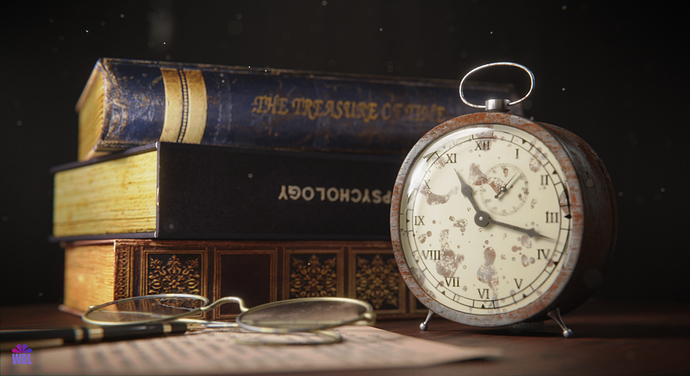 My plan was to do everything using eevee but you know that it has some limitations on DOF, so I decided to use cycles at the end. The main Idea was to practice some modelling so I choose a clock, then the idea of a full scene came to my mind and I added some extra items to the scene. I planned to add some extra stuff there but I thought that it would mess the scene composition.

When I was texturing the models It was kind of hard to think how to shade the books but I decided to use some textures from textures.com and cc0textures.com and generated the maps using awesomebump.