Another fairly simple work. Simple models, simple texturing and the magic of indigo lighting. I had the done the Citroen Traction model some time back, and have reused that in here. 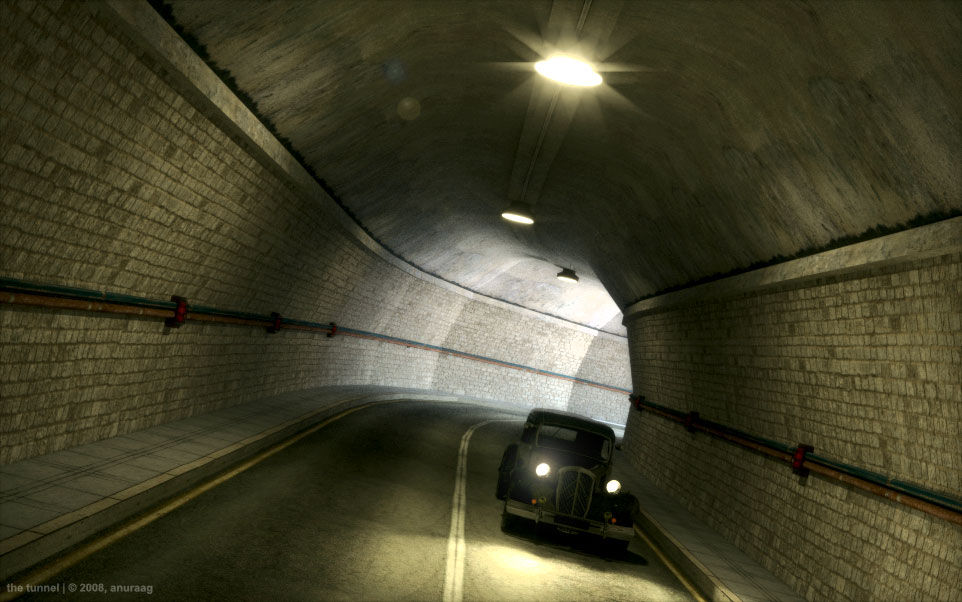 So, how do u like it? Good? or just indigo magic??
Bouquets and Brickbats are equally welcome.

update: Here’s a new render. A closeup of the Traction. Tell me how is it? 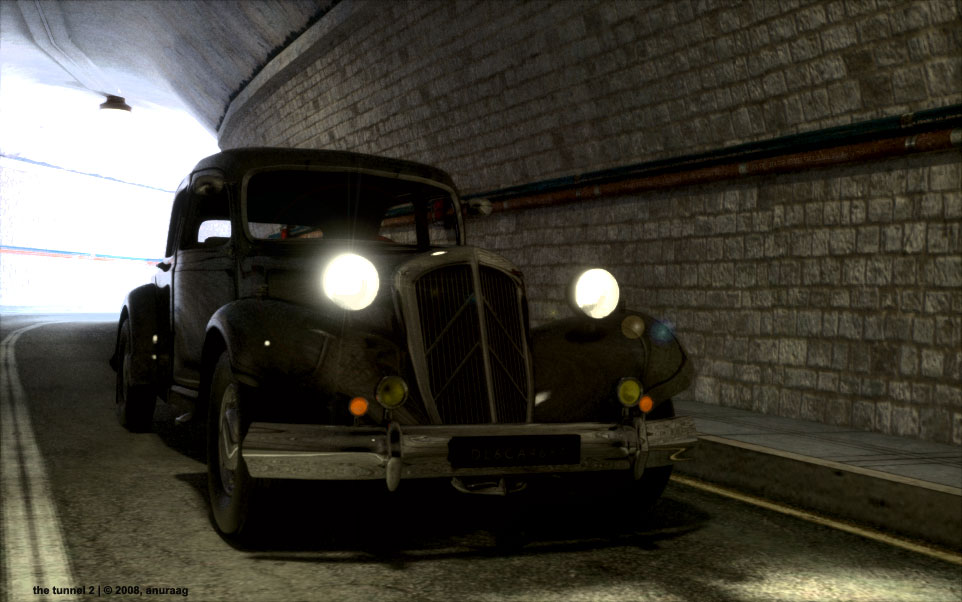 Thanks eradicor or ur comments, i know its tough to get praise from you, but i am happy that u liked something about the image. More crits and comments are surely welcome.

The light on the top part of the image… the lamp looks very odd. Not too real. Also the overall of the feeling of the image is lacking something. Maybe deeper shadows? Looks somehow well lit its hard to believe its a tunnel. Yes i know there can be such tunnels and most likely are, but still it doesnt feel like one. The modelling looks very nice nothing to say about that.

please check the first post for a new render. i surely hope the thread gets its share of crits and comments.

I think its good, if you can get indigo too do something different then the usual bright interior scene its grade-A.
Really nice lighting, textureing and modeling! It has a slightly European feel, I remimber going through tunnels like this in prague! The lighting is odd… but works well, the combination of the white light coming from the outside and the yellow grainy lighting comeing from inside the tunnel works well, you could call it “Escape from the light”

It looks very film noir, my humble opinion thought is there is too much light, but it all depends on the style you have in mind

I like the first render better, but great job on both!

thanks a lot for the comments. i, however, was expecting something more than a total of four comments.

i worked hard on it, and it feels good if you have something (good or bad) to say about it.

looks cool!
but the real question is - does it have good enough gas mileage to get out of the tunnel?

I think the white light is a little over powering. You can tone that down a bit. Otherwise it looks good to me.

i love this, but i don’t like the brightness of the outdoors light, it reminds me of the flash before a nuclear bomb goes off!

but aside from that, i like your car! at first i thought, “oh look an automobile!” not, “oh look… a car.”

I don’t really like the texturing, looks kinda pixaly to me. I like the brightness outside, looks like sunrise, but i wouldn’t imagine that car with a sun rise

the car model is great,lightings nice, i also like how it doesn’t look like every other indigo render. only crits are the environment looks kinda blocky, and the light glare halo thing in my opinion looks a bit tacky