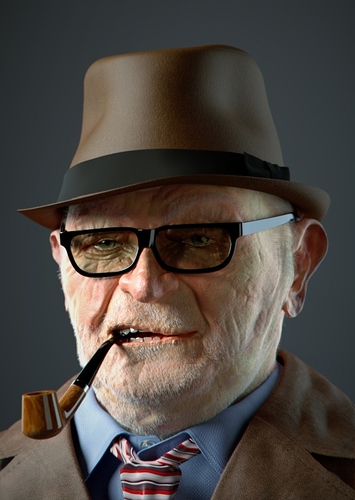 Pretty good overall. The face feels a little too smooth in places, but still good. A little more texturing on the hat would probably help. Everything about this seems to define the character, which I think is the strongest point.

this looks really familiar. like something I’ve seen on here before…

Fantastic work!! No critique, really, other than what has already been pointed out about the hat and tie being a tad too shiny.

Thanks for the feedback. I’ll fix the issues and maybe render him from some different angles.

Wow, that looks so good:) Btw how did you render the beard in cycles?

Wow, that looks so good:) Btw how did you render the beard in cycles?