A new character I’ve been working on. Same character. Different states. Still work in progress, but very close to done. 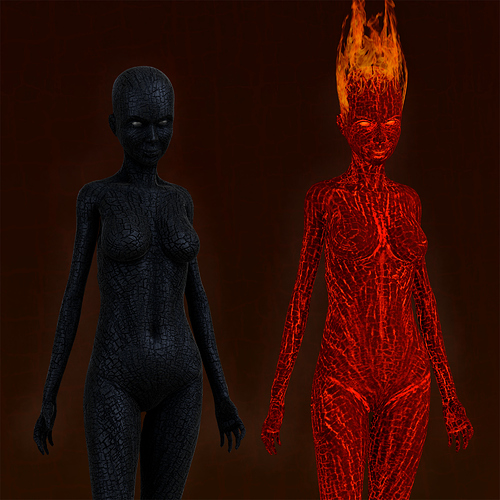 @pierko: No the emphasis won’t be on morphs, though there will be transitions. Working on a characters for a game. The characters traits and abilities are reflective of their personalities for the most part.