I wish we could have a bit of this.

Tesselation won’t make your games look much better. I bet even with all those features you wish for, your game wouldn’t look much better than this. A game that lacks all the graphical features that blender is capable of today. Point is that if you wish to upgrade the graphical look of your game, go on deviant art and find yourself a good designer, there are no shortcuts to making a game look good. 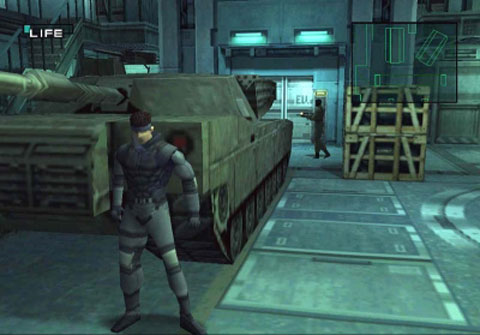 Tesselation won’t make your games look much better. I bet even with all those features you wish for, your game wouldn’t look much better than this. A game that lacks all the graphical features that blender is capable of today. Point is that if you wish to upgrade the graphical look of your game, go on deviant art and find yourself a good designer, there are no shortcuts to making a game look good.

HG1 has been hacking in support for all sorts of shaders etc,

I think one day he will just cough up a tech demo that blows most stuff out of the water…
have you seen this?

You see no shaders on the game screenshot I posted above. I think people try to desperately take shortcuts, oh look how good this shader looks or look at this tesselation. I can put a crappy looking model with crappy textures in my game and let the shader do all the work. There is no one button click that’ll make a game look good.

You’re looking for shortcuts. A talented artist with a limit of 5000 triangles and only a diffuse texture could make a model that looks 50 times better than your automatically rendered and generated model. It might be obvious to you guys but if it’s not it’s worth to point out. I know that shaders can make it look even better, but if you’ve got no good foundation for those shaders to the trained eye it’s obvious how crappy the graphics truly are.

I recently ripped some models and textures from a ps1 game and when I put the model inside of blender. Which removes the low resolution that the ps1 games were rendered in on the ps1 this is the result.

EWDY1sD.jpg1530×528
Guess how many polygons, guess how big the texture is? 978 triangles and two 256x256 diffuse textures. No normal maps, no spec maps, no real time light. The picture above is testimony to what really talented individuals can do with two diffuse maps and 978 triangles. Compare it to those super shaders, normal maps, spec maps. Point is that programming is over rated when it comes to art, find yourself a talented artist and concentrate on what you do best write code, because there are no shortcuts to making something look good. 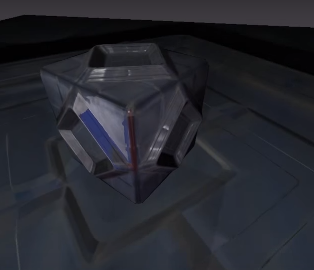 What Mumrik was saying is that most people’s games won’t even look as good as a game (MGS) which was built in an engine less powerful than the BGE is today. In other words, the limiting factor for most people isn’t ​the BGE

Agoose summed it up nicely, I see this all over the internet. People who try to do everything themselves, because they think that they know best. I think I have good taste in music but I know that those who compose amazing classical music probably have a better appreciation of what good music is and therefore would be better at knowing what good music sounds like. These features you think look so neat won’t help you much, as agoose said the limiting factor for most people when it comes to graphics is not the engine they’re working with.

What the blender game engine desperately needs is a more powerful visual toolset for programming. The logic bricks need to be made more powerful, I know for a fact that the reason I’m not doing something neat with the blender game engine is because there are programming obstacles that discourages me from working in the game engine. For example in built support for creating huds or for displaying letter by letter text. Have cameras automatically detect obstacles and move closer to what it’s parented to. Something that I personally want is for the camera to be able to pan and trace an object without changing the perspective of the camera. Loading screens, better management of scenes. I think the logic bricks are poorly managed too.

I’m not a programmer but I remember when I was younger I used to play with the rpg maker programs, anyone seen how you put out commands in an event. How you could make loops in the “code” easily, not having to send messages and keep track of so much stuff. The logic bricks are logical but when you’re trying to do complicated stuff they’re messy and confusing.

Mumrik, I am a coder. I do make a little art, but just let me know if you need any help,

I too think we need either

did this last night

it’s for a modular level assembly system to use inside batteries maze.

I have no trouble with python, or logic… I am just not as great a artist as I once thought I was.

made this in a under a week, working on it every other day, for a few hours a night.

edit: I coded this** Model by Chaos emergency and animations (before I chopped em up them a little**)

That last video is impressive, looks a lot like resident evil. thumbs up

^^^ Yes thats mine and bprs game we are making called Chaos Emergency.

oh sorry Mumrik I misunderstood your point, I thought you were saying that all graphic shaders will not make your game looks better.

In the end its all a matter of the time you can spend on a project. If a feature makes it quicker to do something I’m all for it, but if it’s just a “cool” feature it’s not going to help.
And sure, it’s easier to make a game as part of a team but then you have to make unwelcome compromises and soon you’re not making the game you wanted to make. For someone who’s only making the game for pleasure, as a hobby that kind of defeats the point.
It’s like forming a band, each of you have different tastes and there’s bound to be musical differences. It’s possible, but not easy, to find people with a like mind. But imagine starting a band on the internet? Sometimes I think the net makes it more difficult to interact with people, not less. The anonymity gives people license to act like jerks and there just isn’t the trust you get in real life relationships. It’s difficult to make a compromise for someone who can just stop posting at any time with no explanation. How many times have I seen things end like this:
“Dude, are you still working on this?”
“He hasnt posted since 2012, I think the project is dead.”

I help like 4 people a night and code a little for myself and sometimes practice art, and never give up.

there are a few bge games in development I am helping that seem like they have the art they need, so I am backing them up with code.

Kiesha has almost all the elements to make a great 2d platformer, Chaos has amazing art and its only getting better, and pagio has gotten amazing in the bge lately and I deliver him parts as he asks for them.

though the surface is calm, it is still turbulent within.