Just fooling around with this in my spare time. Somewhere around 8+ hours over 3-4 days.

Still lots to do.

Holy SHNIKES! I’m not up on my Star Wars so I’m not sure on the exact accuracy. But from what I remember it looks close enough and the modelling looks superb in that render. No crits here.

gasp I didn’t even know that it was actually two separate pieces! :o

Anyway, it just needs textures and a space environment to get into the Finished Projects forum.

The right pod could use some harder edges around the indents there on the front. If I recall correctly, they should not be that soft.

BgDM is correct, the right pod is too soft-looking. I am up on my star wars, and I think it looks great. A little tweaking, an environment, and call it done.

New render:
Started adding detail to the pods.
Hardened the edgeds of the left pod indents.

Left to do:
Add middle connection for the pods.
Still lots of detail left to add to the pods.
Textures & Enviroment

For the enviroment, I don’t think I’m going to put the ship in space. I’d rather have it bombing a planet. Maybe a city?

Added more detail here and there. Also started on the center connection.

Truly awesome. I’m a big star wars fan myself, but that aside I must say your modelling is terrific.

One crit I have is that the panels need to have a mesh pattern and not just staight slits. 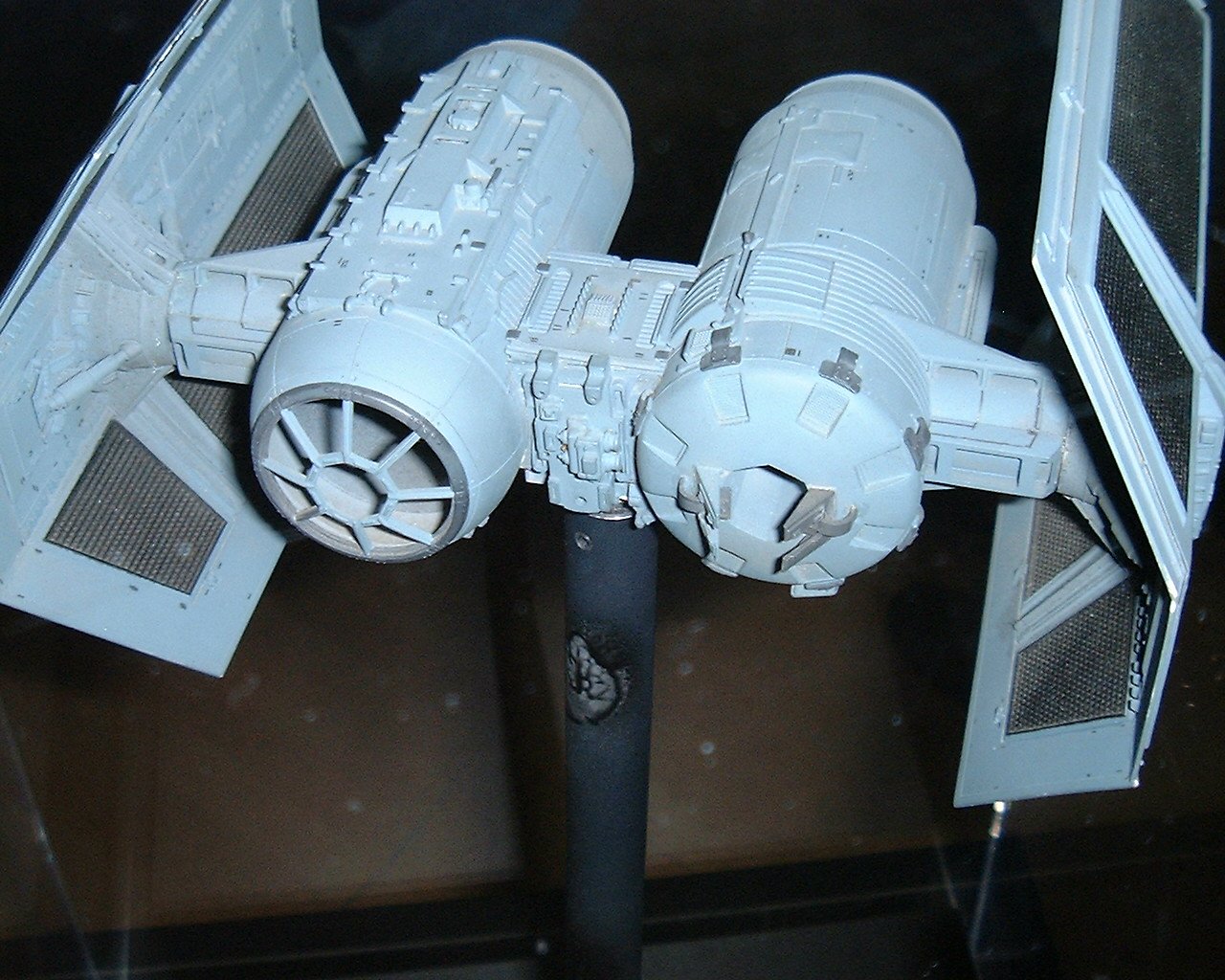 ChrisThom, thanks for the link. Although there seems to be a bit of disagrement as to what the solar panels are supposed to look like. Some pictures I’ve seen have the straight slits like mine. Others are more mesh looking, like the pic you posted.

Maybe I’ll make two versions… But I do like the straight line look better.

It does appear that TIE Fighters and Interceptors had the mesh, and the bombers had the straight lines, or at least in the picture. The ship on the left is obviously a bomber, straight from the movie. 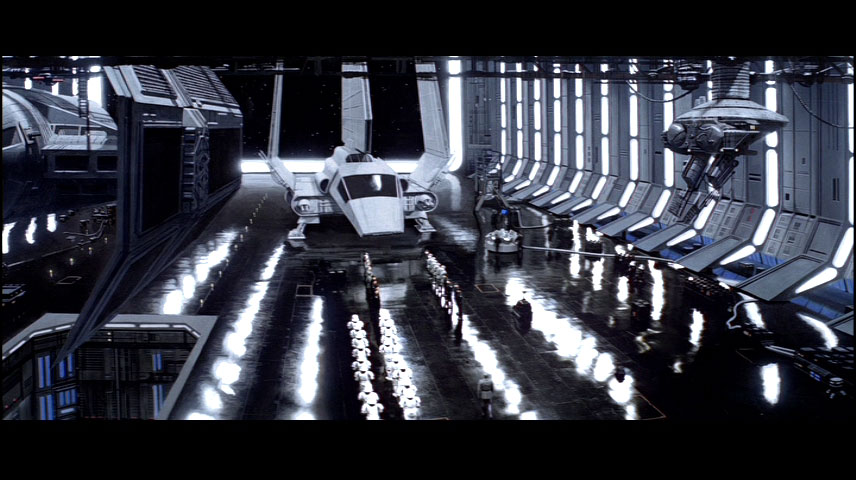 And you probably already have this, but this shows straight lines as well.

Looks great. I like how the background is seamless.

Great looking model. One thing I have noticed when doing research for model plans…it depends on the source of the material. Diagrams of the same model made by two different people will sometimes have different details. Also, studio model builders often make subtle changes which are only detectible if you look at pictures of the same model taken at two different times. Still looks great though.

Perhaps they changed the studio models between ESB & ROTJ. Though I don’t know which film this model was used for.

Looks great so far, excellent work. I was thinking of doing a TIE (probably a Defender) but the complexity scared me off.

It does appear that TIE Fighters and Interceptors had the mesh, and the bombers had the straight lines, or at least in the picture. The ship on the left is obviously a bomber, straight from the movie.

And you probably already have this, but this shows straight lines as well.

Indeed, I do have that already, but thanks anyway.

thelonesoldier, ak, scorpius, and sh33p thanks for taking the time to comment.

Not much, just modeled the bombing chute.

The wings look like they need more of the lines though. Doesn’t look as dense as in the ref image posted above.

I got quite a bit of work done on this today.

Main things that I did were:

There are more lines running through the wings now. (do you guys like this version better or the other style?)
I modeled a bit of detail for the pods, middle area, and some around the connection to the wings.
I also started making bump maps for the pods.

Personally, I think the panels look much better. The pods are coming along very nicely! Great work and attention to detail. This is sweet!

Well, I think I’m pretty much finished with the modeling now.

If you guys have any ideas for more detail or anything like that, let me know.
I’m also entertaining ideas for a scene. If you have an idea, feel free to share it if you want.

As the model stands now—>