This is a project I’m currently working on. Let me know what you guys think.

Top image is the first test render, second was a camera angle test, third is another camera angle, composite, and color grading.

As of now the things I need to fix are, the stream of sand on the far left looks a little strange so I need to adjust the shape, render at higher samples, and a few people have said I should change the wood of the center hourglass (or at least lower the exposer)

Some quick critic would be fantastic as I should finish this soon. 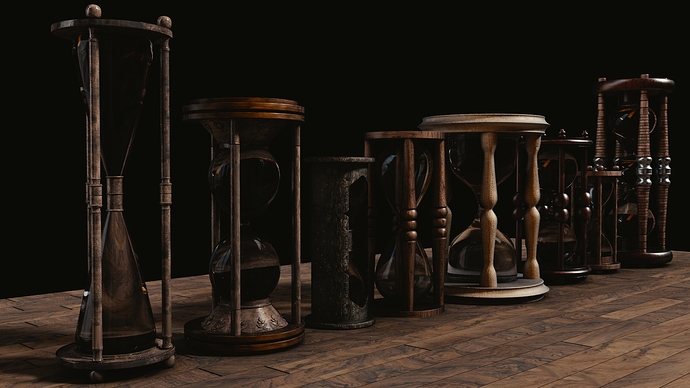 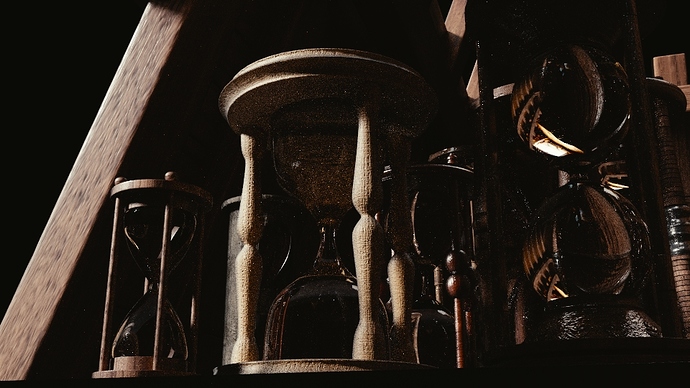 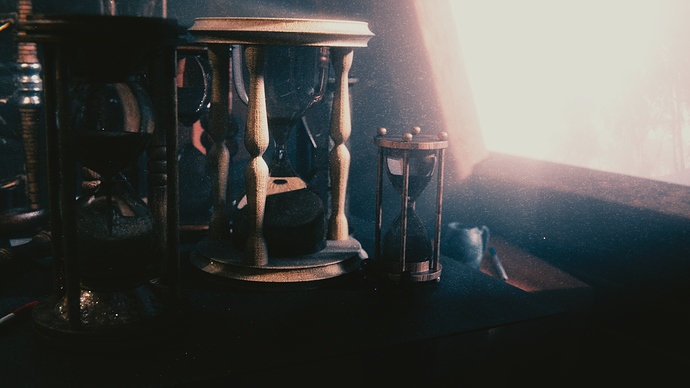 Here’s a less illustrative style.
A little more photorealistic, I’m not sure which I like more, they both have their merits. 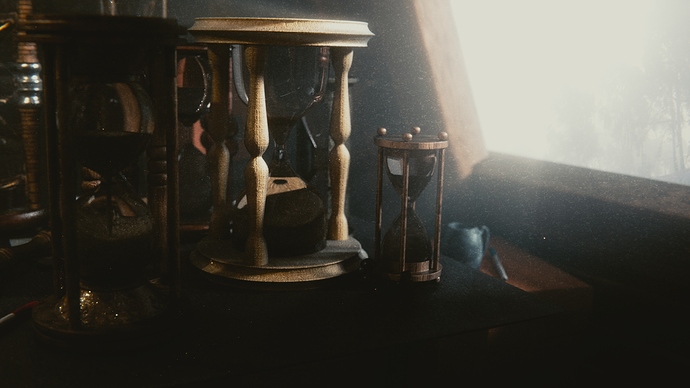 Lowered the dust slightly, Still need to re-render. I think I’m going with this color grading. I’m still not decided though, one has appeal in its high contrast and interesting color, but this one has a more vintage feel which is what I was going for originally.

I would go with the render in #2. The light is a bit too harsh and overexposed in the last render.

I think I’m done with this image but I’d be interested in hearing what you guys think before closing the book on it. I’ve added both the illustrative color grading and the vintage color grading. By adding the gap I think I focused the viewers eyes on the center of the image opposed to before your eye tried to follow the last hourglass up and just stopped. 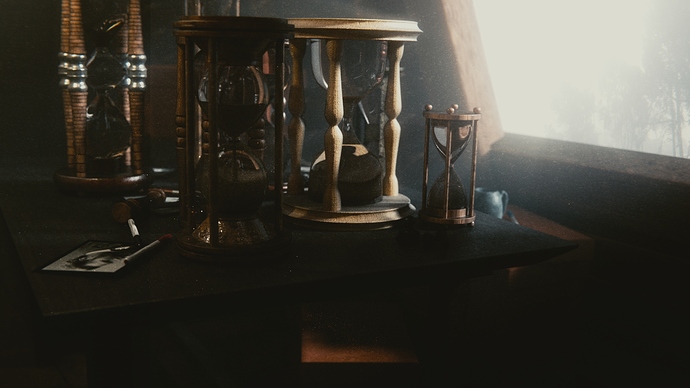 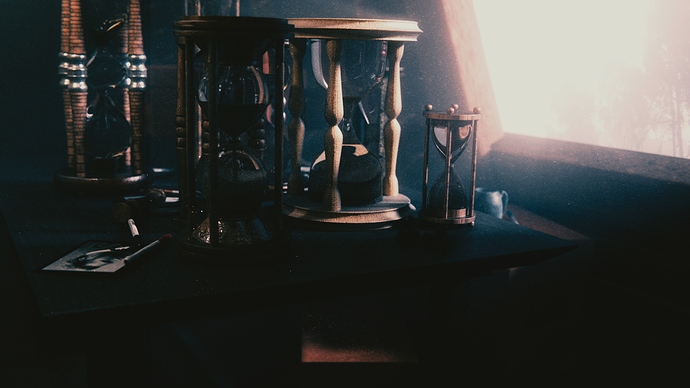