This project is to make a game called Tinkernauts.

The Story
Many years ago, a little planet became very overpopulated. In order to allow everyone to live together comfortably, the government sent a fleet of spaceships, one by one, into the infinite blackness, toward another planet, ripe for colonization. After years of travelling, they arrive, and find that the planet has been shattered and lies in fragments. The pioneers are not deterred, and land, soon making the pieces habitable again. But they find an unexpected threat… Space Pirates that were using the planet as a hideout, but now are fighting to gain it again. Armed with an army of robots, the Pirates pose a giant threat to the pioneers. You are one of the passengers of the third ship of the space fleet. An engineer by trade, you have been helping the crew keep the ship working. However, the ship lands in a trap, and is being blow apart by the space pirates. You must build an escape pod, and fly down to the inhabited shard below, to receive more orders.

Whats different about this game?
This game has, on top of all that a RPG has (fighting, NPCs, inventory), is BUILDING. The ability to place models made up of block-based shapes, in select areas, for anyone to explore. These models are programmable with a visual simple logic system. 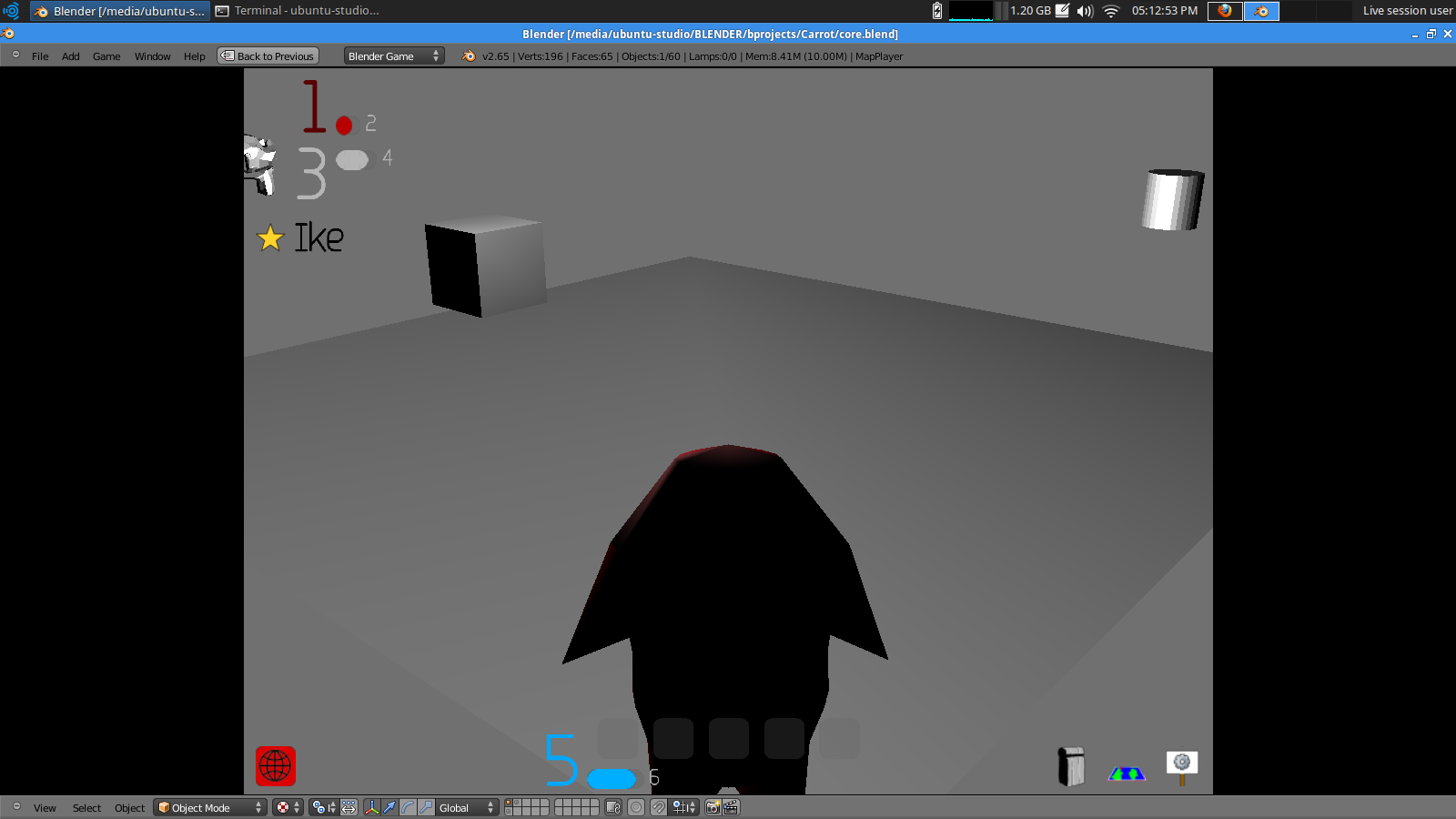 Screenshot of what I have so far.

i can be your 2d,3d artist/modeler

ok, i don’t wanna get you down but i just need to get this out.
the chances of creating an MMO with blender are 1/100000000000000000000000000000
because you need more then just ALOT of people to create it,
you also need ALOT of people to maintain it, you need a server,
and ofcourse you need alot of players.
an MMO with anything less then 5000 players is terribly boring.
i’m sorry to say this but you’re setting you’re hopes to high.
even a simple game with no building or xp or inventory system is hard to make and takes alot of people and time.
but an rpg with a big world and all the other features you would love takes years and tons of money by a team of professionals.

Id say to start out really small.
first, make one level, then expand and add features.
alot of small goals are easier to accomplish then one giant one.
i’m not saying all this to hate or troll or get you down.
i’m just trying to help, i hope you understand.

@Digital Joe: Alright, I guess I hadn’t thought that far about it. Scratch the multiplayer part.
But, have you played what that I have so far? It needs a good amount of work, but it already has a decent inventory system, a little chat box and even an npc. I’ve been working for a least a good month on this game, and the only reason that it looks a little, - unperfect? chinsy? -, is because I have been working on the game logic ONLY for the whole time. The fps needs improving, but that can come later.

@Vertici_Ent: THANK YOU!!! :D:D:D I really don’t see myself modelling/painting this stuff very well.
The first world I was envisioning was a large spaceship, completely glass on the front, breaking apart, as in the story. The 2d graphics could use improving, in my opinion, but I’ve seen PLENTY of open games that are worse.

so the game starts right after the character gets out of broken ship? or inside the ship? how is the character design desired? by the name of the game, i’m assuming the characters will be rather cute, is that correct? please feed me with more details.

The player starts inside the ship, and must escape it (and in the process learns the controls of the game).

Yes, that is correct. 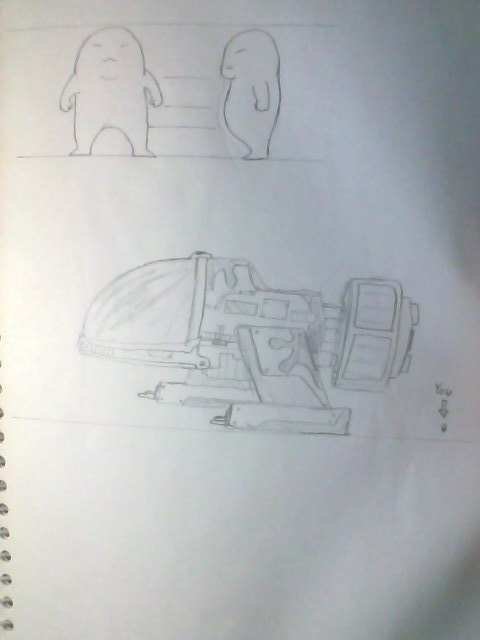 quick sketch of the base characters and a ship

Added enemies. Right now they just stand there, dumbly, but they can be attacked.
Are there any other features that should be added, besides enemy ai?

I can be an SFX artist. But I’m kind of busy. And yeah you could make turrets and rig em… Imperial turrets and err…Rebel turrets, I.D.K, played Pirate Galaxy a LOT back in the time…

I’ll download a quick .obj from the net and rig it as an example.

-swaschan. add me on skype, i need artists for my studios now LOL

Well, if you find time, thank you for it. Good luck finding more people! Not a SFX person myself…

In any case, another item for my list: add sound.