Hi, I’m semi-new to blender and am trying to model a decent looking tire. I’ve followed the tutorial from this thread however when it comes to copying the treads I cannot get it to come out correctly. I’ve tried extruding the region and that leaves large spaces between the treads and I’ve also tried the ertrude dup function and that doesn’t work too well either. I’ve tried just duplicating the mesh however it doesn’t connect the verts together and when I go to bend it it ends up all vented. I’ve tried spin dup as well and that makes it look really choppy.

So my question is, how do I effectivly copy the treads until I have the length I need without having large gaps in between the treads? I know there has to be some way to do it but I havn’t found it or I’m not doing something correctly.

Also why hasn’t there every been any good tutorials written for blender on tires?

when im making treads i make only one tread and use spin dup deg:360
the number of steps determines how large the space will be between the treads, maybe you should post a picture of the results you have so we can help u more. btw the method i used gives me just as good result as the one in the tutorial i think there is a blender tutorial for this it also shows u how to create a rim i dont remember where it is though i used a max tutorial for mine

okay sorry it took so long to reply. Didn’t get a chance to get back to this for a while. Attached is the picture of a side-shot of the tire. As you can see it looks more like a saw blade than a wheel. 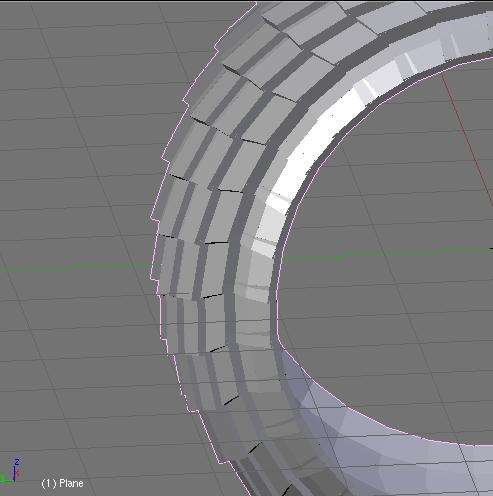