This is a cross between a bike and a car I’m doing for a friend. Not really finished but I thought I might get some feedback. This may be the way of the future. Cindy. 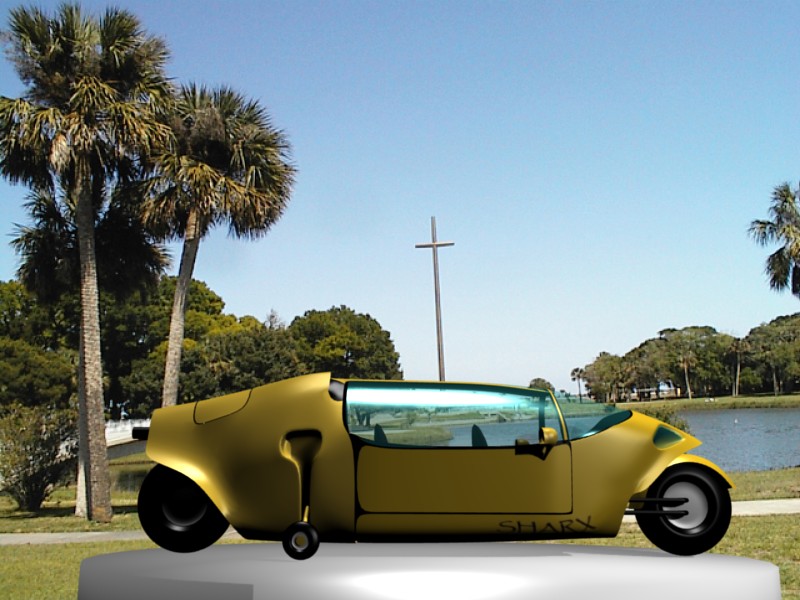 Looks pretty good! The background image is sideways compared with the bike. Or is it the other way around… Either way it doesn’t look right. But the model is good. Maybe you should try some HDRI reflections! Might help it a lot!

Thanks Dudebot13. Your right I neglected some reflections. The pic was crooked to start out with and I wasnt really even conserned about this relationship. should have been…Thanks again

I saw something on the road the other day that looked very similar to that. The big drawback imo was visibility, since it is so low. visibility both for the driver, and for other vehicles not being able to see it.