Hello Everyone-
I’ve been using blender for about a month. I am working on a series of “remediation sites” for an art show I will be having in a couple months. I am making images exploring ways one can bring contaminated landscapes back to life, in the future when everything will be pretty much scorched. My thesis is kinda bleak.

anyway the following image I think will be called “Humus Colony”. It depicts the use of composting toilets (they exist) in soil remediation. It’s about half way done, I need to add a few people and some mushrooms and dirt inside the tanks, which will give the image a lot more context… plus this is “soil” remediation and needs to to be just as desolate but not a sandy desert.
I have some other gripes listed below.

I could use some feedback of course, but just for my newbie sake, please give the keystroke/tutorial/method for any suggestion. Thanks a ton.

Anyway this board has been immensely helpful for me and since this is my first WIP post I want to say thanks to everyone who have helped get me to this point.
I greatly appreciate the feedback. 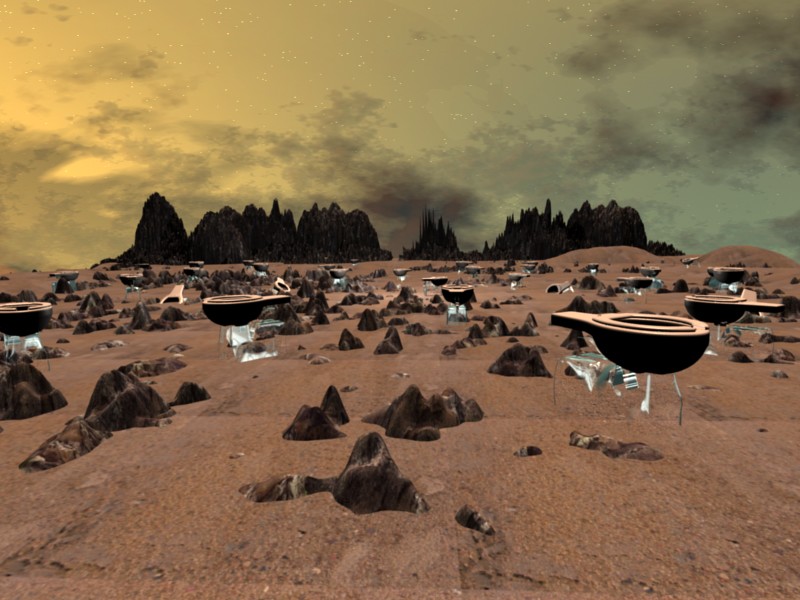