I went to the Tokyo Game Show yesterday. Pretty intense. I went along with a friend of mine who is visiting Tokyo and he took a bunch of pictures you can see here: 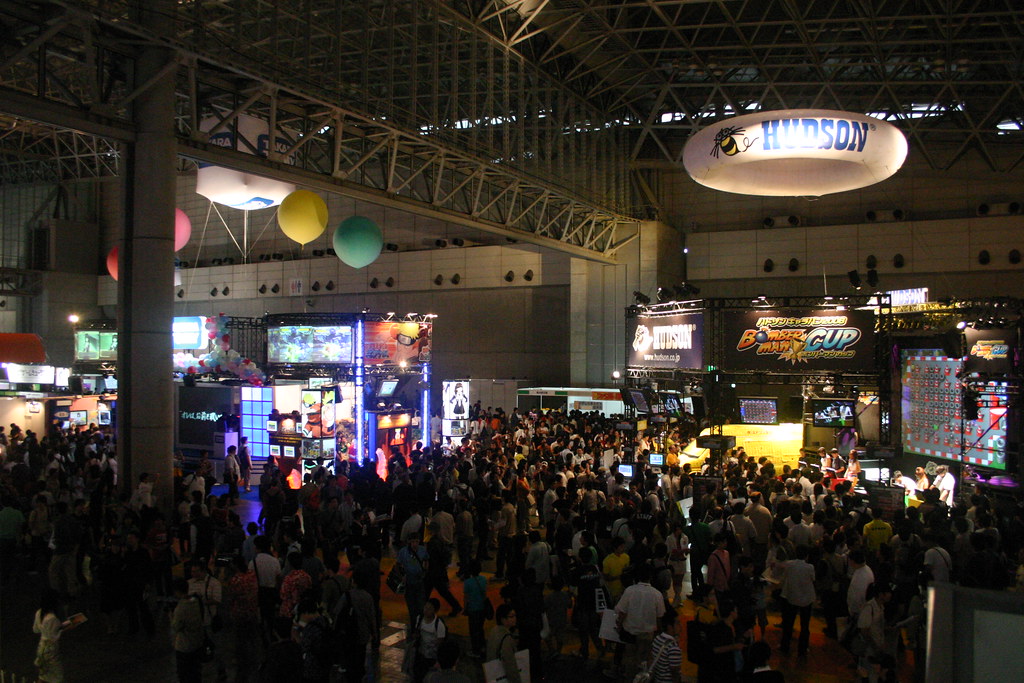 The rest of his Tokyo pictures are pretty cool too.

I really don’t understand why Nintendo doesn’t show up for the TGS.

Really nice pictures. I’ve always wanted to visit a city like Tokyo. What was the game show about?

It’s like a games trade show which is open to the public. Really huge, basically three separate hangar-sized buildings full of game and game related booths, and the Playstation 3 “booth” alone was easily four times the size of my apartment (my apartment’s not especially small). True, Nintendo didn’t seem to have a booth of their own. The Elebits display was Konami’s booth. A lot of the game-design and cg design schools in Tokyo also had booths too, handing out DVDs of student made CG and game projects, which was pretty cool. Actually, it’d be a really fun place to have a small Blender booth. There were a number of smaller booths.