I have finished this new Model. From Modeling>> Texture>> Rigging>>> Animation>>> & Rendering totally on Blender 2.52.

I think is worthy to mention that I have implemented the Finger Rig System created by Dimetri, based in copy Rotation constraints. Quick to rig and easy to animate, specially with the new visual cursor system in pose mode when pressing R or RR on Blender 2.52. It allows you to rotate any bone in any constrained axis regardless of its position in the 3D View Port.

I wish former tools in the Animation System were finally implemented like hiding bone’s groups in the Dope-Action Editor, the ability to re-order bone’s channels, hide unneeded channels, markers etc that were very useful in previous versions.:RocknRoll: That would pretty much conclude the amazing 2.5 Animation System

PD: You can find the hand rigging tutorial at CGCookie, they translated it from Russian to the English language. 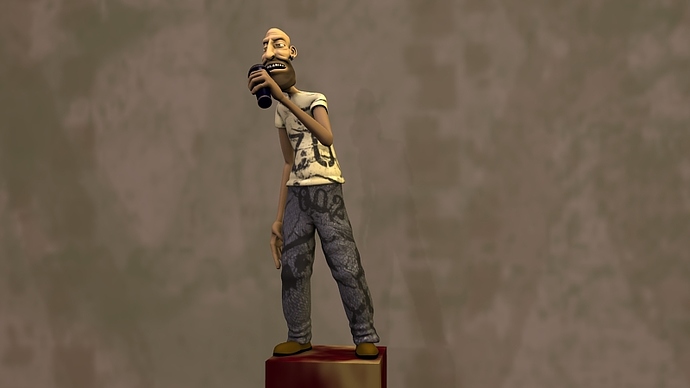 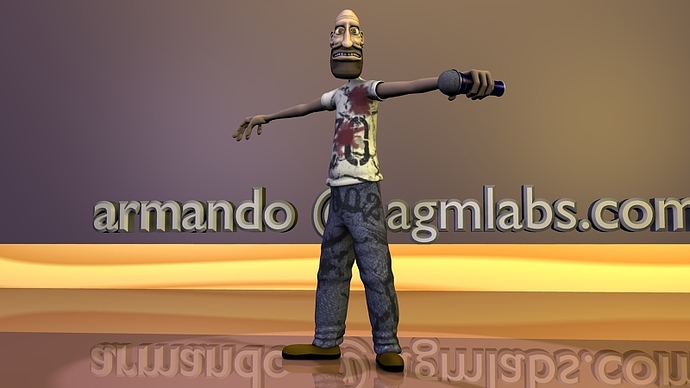