There’s this Netflix show called “The Dragon Prince”, it has a low-framerate, toon shaded style, with toon outlines as well.
On some shots they show some tapered lines defining the nose (see yellow arrows): 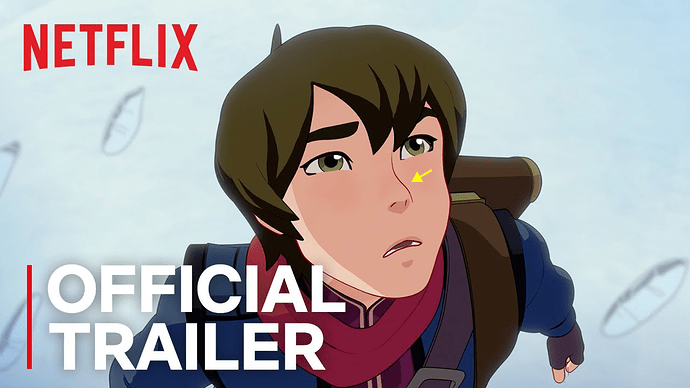 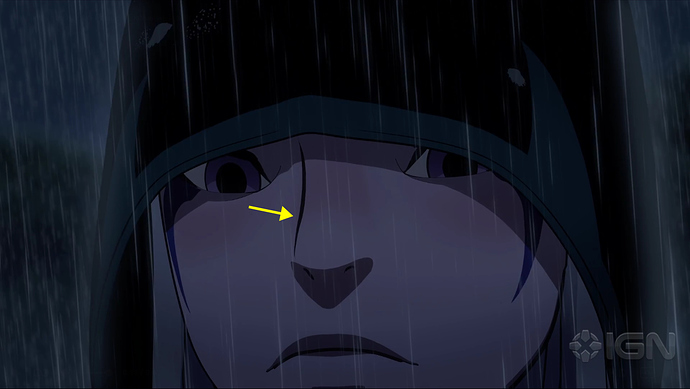 Those lines seem to be placed there “manually”. I think it’s more apparent in the next two images, each from a different shot but with similar head angle, where both should be showing the nose line but only one of them is: 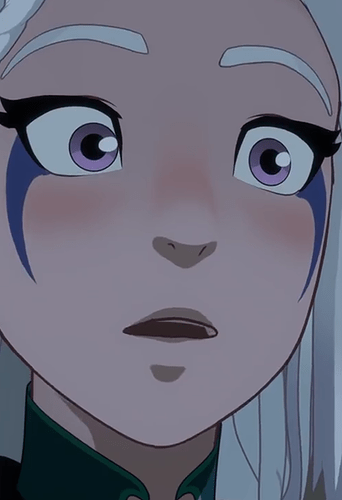 On other shots it seems they just use automatic outlines:

I want to know how they’re doing those manually placed lines.
I tried that solidify outline trick to get general outlines, but on a flat area like a soft nose (even if you crank the solidify thickness way up) it won’t make that kind of thick precise line, because the area is flat anyway.

Other things I thought of are using a beveled curve manually placed around the nose, but I’m open to ideas.
How would you do it?

You want to look at freestyle. It’s part of Blender and is used for what you’re describing.
In 2.8, I believe you’d be able to use the grease pencil tool aswell…

You can use a custom freestyle setup to get that effect

@peter18 @Linkun hi guys, thanks for the freestyle suggestion.
Last time I tried it, I felt it was more for stills rather than animation. On consecutive frames some thick lines might “pop” and become thin lines, or smooth areas suddenly show a little break in the line that shouldn’t be there, stuff like that. I hope I’m wrong.

Is there any specific reference you recommend on freestyle? (especially if it’s in animated)

I’m actually not super experienced with NPR, I only really know the very basics lol srry. The best place to go for NPR tips is probably the NPR discord server, there’s some really knowledgeable people in there. If you do decide to join that, try pinging JustAsk or Light, they’ll probably know. (I’m an ex-discord user btw, I quit cuz I was too addicted)

Some more info for this topic, the 2018 film Spider-Man: Into the Spider-Verse used some interesting tech for these “linework”-like effects:

The closest thing to this in Blender is really the Grease Pencil composited with 3D objects, like @peter18 mentioned.